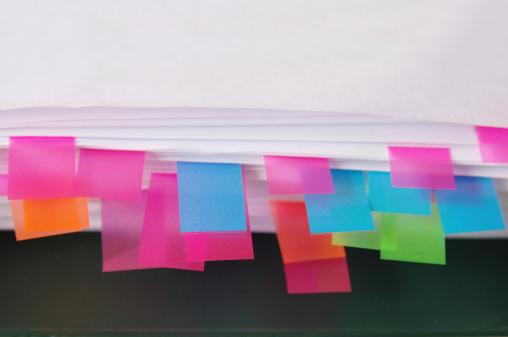 Think you have incompetent employees? Time to ask yourself how they ended up working for you in the first place. The best way to avoid finding yourself surrounded by ineffective employees is not to make the following 10 mistakes during the recruitment and remuneration process:

Think you have incompetent employees? Time to ask yourself how they ended up working for you in the first place. The best way to avoid finding yourself surrounded by ineffective employees is not to make the following 10 mistakes during the recruitment and remuneration process:

1. Focusing solely on money. Many companies believe that offering a higher salary than the competition is enough to attract and retain talented professionals. Yet many studies suggest that tapping into deeper motivational needs trumps purely economic considerations.

2. Forgetting that salaries send important messages. That said, it is important to remember that salaries are one indicator of how much a company values it employees´ contributions. How much a company is prepared to pay a person will have a profound ripple effect on the organizational culture, regardless of what the mission statement says. Salaries become a shorthand way of making comparisons between employees, and the variable element not only rewards but reinforces certain behavior. What signals are you sending? Are you reinforcing the right behavior that your company desires?

3. Abusing variable pay. In an effort to align pay with objectives, some companies forget the real meaning of a fixed salary: compensation for stable commitment to the requirements of the job. Instead they place excessive emphasis on the variable element, which is designed to incentivize and reward outstanding achievement, not make ones livelihood depend on it.

4. Failing to recruit strategically. When it comes to hiring, executives sometimes just recruit to fill immediate gaps, acting in a spontaneous manner that they would not tolerate in other areas of the business.

5. Sticking to the tried and tested. A narrow view of recruiting – hiring only from certain schools, or only considering candidates whose career tracks are an exact match to the functions of the post or who come from the same sector – often results in more expensive hires, and neglects the value an unconventional employee may bring.

6. Overbargaining. When candidates present their salary expectations the automatic response is to bargain them down. Though a deal may eventually be struck, too much heavy-handed negotiation beforehand makes for a bad start to the working relationship.

7. Asking why instead of why not. Companies often pass up excellent recruits because they ask for more money than the boss earns. While I´m not saying executives should ignore this norm, it is worth considering under which circumstances a subordinate earning more than the boss might be justified. It may even prompt a review of current salary structures. Perhaps it´s not the request that is out of line, but rather the company´s pay scales.

8. Rushing the process. While a sense of urgency can facilitate decision-making, bringing someone on board too quickly may result in headaches down the line. If you rush recruitment, you won´t have a clear sense of whom and what you are looking for, or how or where to find them. This just makes the process inefficient and expensive.

9. Making the exception into the rule. Without a coherent management system, a company makes decisions ad hoc. When this happens, recruitment and remuneration become a patchwork of whatever seemed right at the time – fomenting grievances over unfairness and inequality.

This article was written by IESE Business School from Forbes and was legally licensed through the NewsCred publisher network. SmartRecruiters is the hiring success platform to find and hire great people.