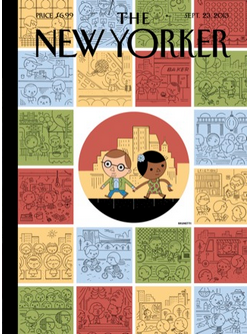 I came across Janet Malcom’s, “Nobody’s Looking at You: Eileen Fisher and the Art of Understatement,” in the New Yorker, and found myself “oohing” and “ahhing” as I flipped through the pages. I thought to myself, this is a lady who understands what it means to be a leader. She builds business by way of community, and understands that leading doesn’t always mean being front and center. I firmly believe that if more people took their cue from Eileen Fisher, we’d have much happier workplaces and much better businesses.

Here are the Top 10 Leadership Lessons from Eileen Fisher:

“It began as an effort to give more structure to this almost feminine way of doing things−I didn’t know how to run a business.”

When Eileen Fisher felt she needed to revamp her company she was already a fixture in the fashion industry. By typical standards she WAS successful. She acknowledged the only way to facilitate growth is create change. Yes, you can keep the foundation of what you are doing, but as that line becomes stagnant you want to strive for something that’s always on the up.

Giving constructive criticism is an incredibly difficult task, it takes a not only skilled, but also aware person. Especially if you’re asking someone to look at themselves. Criticizing your own work can be incredibly challenging but it’s fundamental to getting your businessto the next steps. People are always saying, “don’t be afraid to fail” or “fail fast,” and it’s true you have to be resilient – but fear of failure is inevitable. Just like being introspective, it’s scary but it’s a MUST do.

Not all businesses are run the same way and require the same structure. Eileen Fisher categorizes her company under the “family model.” Be conscientious of what’s right for the progression of your business. There’s no need for a “one size fits all” model anymore. Sometimes you have to make big decisions that seem scary because they’re out of the box, or radical. This is what defines part of your leadership skills, not being afraid to do it, even if it’s different.

“She spoke of a ‘core concept team’ and ‘the leadership forum’ and ‘this kind of concept of facilitating leaders, which is that they’re actually doing the work, they’re not leading the work, but sort of like the way I’ve been leading from behind, in a way leading by, you know, letting the group find what’s coming up and facilitating that to happen.’”

Natural born leaders are intuitive, and not surprisingly have a lot of great ideas. But exceptional leaders also know it’s just as important to have the ability to execute. This is not possible without facilitating the development of a process for your team. Figuring out how to make everyone’s skills work together to create a something beautiful is essential to success. Even if that means leading from the back instead of the front.

“It had become more corporate, more hierarchical, less collaborative, less caring. There was more unhappiness, I’d say. People weren’t kind enough to each other. Deadlines were more important than the process that led to the deadlines.”

What’s that old saying? “If it ain’t broke don’t fix it!” Just kidding, I knew what the saying was… But seriously, why would you totally revamp something that is working exceptionally well? You wouldn’t. If you see how people are thriving, it’s your responsibility as a leader, to make sure you’re creating an environment to keep letting that happen. 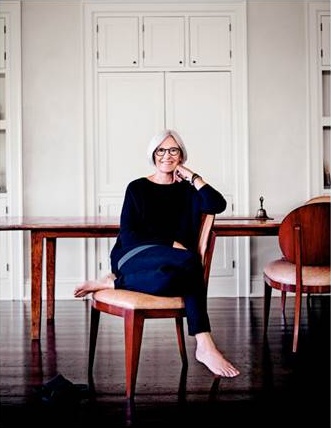 “… bring in a kind of leadership that valued people working together, that valued cooperation rather than competition, that made room for having a full life.”

One of the things I love about my job is that it gives me opportunities to learn, explore, and be a better person (Check out Give Labor, and Veterans Helping Veterans). SmartRecruiters is a place where we care about something bigger, getting people to work. As a leader, you have to inspire people from within. Eileen Fisher and her team created a place where people enjoy the part of their lives that is work. People shouldn’t feel like they’re constantly fighting against something, they should be fighting for something.

“You sit around in a circle. This eliminates hierarchies. Everyone is equal. To focus the mind, there is a three-part ritual of a “start point,” “check in,” and “check out.”

As I’ve said before the best ideas are never your own, they usually happen with the help from others. As it turns out, people are more willing to share ideas when they do not feel the pressure of a ticking time bomb (or super imposed power differentiation). By creating a space where everyone’s ideas and presence are not only considered equal, but valued – you’re asking for magic to happen. If it means giving up the head of the table, it’s worth it to get to collaborate and create with the people on your team.

“I know the idea for the company came through me in some way, but it’s beyond me. I planted the first seed and now I look around and there’s this amazing garden. I’m just an ordinary person.”

One part of being a great leader is being the kind of person people want to work for. No one wants to work for some who thinks their sh*t doesn’t stink. Yes, you may be the captain of the ship, but nothing is possible without your crew. The sooner you know that, and you the sooner you realize what is happening around you is bigger than you; the further you’ll go.

“It wanting to support whatever your process might be.”

Leaders need to support and empower the people around them to accomplish their goals even if they have different ways of achieving the final destination. Being a good leader doesn’t mean molding people to your vision of them, that’s being a great manipulator. Great leaders are able to mold others into the best version of themselves, that means supporting their process.

“I don’t feel like I need to be there anymore. I feel like they’re my full-grown adult children and the do an amazing job and they don’t need me.”

As a leader you’ve asked others to put their trust you, and you need to return the favor. You have accepted the people around you as members of your team, and that relationship requires trust on both sides to be productive. One of the most challenging parts of being a leader is knowing when to pull back but also trusting in yourself that you have given those around you the tools they need to be amazing.

Eileen Fisher challenges the typical structure of a company and the stereotypical idea of a leader. There is something to be said for the kind of company that forms their own identity and is consistently recognized as a great place to work, while making an impact beyond their product. The more leaders we have like this, the more people will be inspired by what they do, and think of all the amazing things that would come from that.