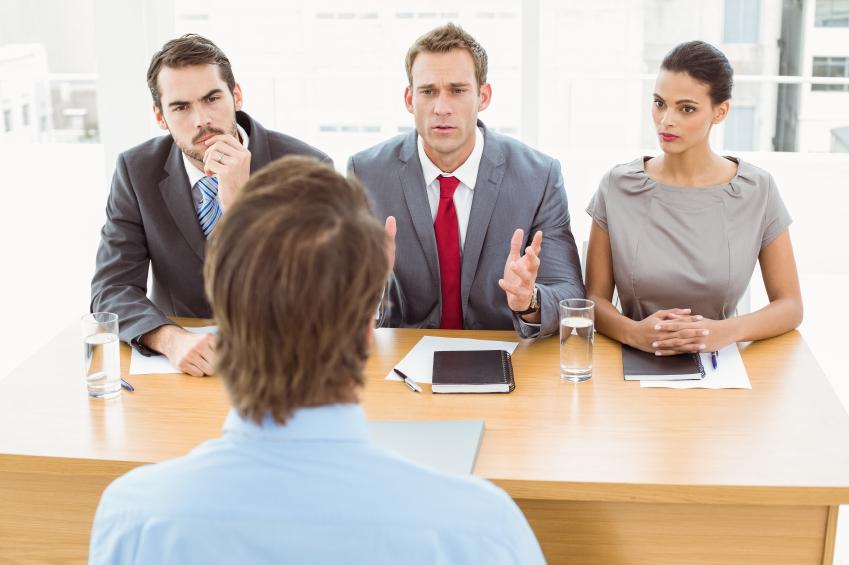 My numerous studies and interviews with hiring managers have revealed that the following three job interview questions are the ones used by the majority of interviewers. They’re all bad. And frighteningly, these are the questions a lot of interviewers rely upon when making their final hiring decisions.

The bad job interview questions are:

The factors that make these such bad job interview questions extend well beyond the fact that a lot of people use them.

And that’s why you should test yourself on the free quiz “Could You Pass This Job Interview?”

I should note that some people try to justify their use of these questions by arguing that the vagueness of the questions and the vacuous nature of the answers they inspire make them a nice, gentle ‘rapport- building’ exercise to be used at the beginning of the interview. But rapport-building is all about getting the person relaxed and making them feel comfortable enough to really open-up to you; not making them recite a vapid answer to a question that is ostensibly trying to judge them.

You definitely want to learn things about the people you interview; especially regarding their strengths and weaknesses. But the only thing these three job interview questions are going to reveal is how well the candidate can recite scripted answers. And the purpose of an interview isn’t to test recitation skills, but rather to accurately reveal how a person will perform when they’re working for you.

To further prove my point that these three job interview questions are worthless, think about the answers you usually get when you ask an applicant a question like: “So tell me about yourself.. ” The typical response goes something like this:

“Well, I’m a motivated self-starter; always have been. Ever since I was a kid I’ve really loved hard work. Those were the values I grew up with; working hard, but not in a way that burns out the people around me; persevering, but still knowing when enough-is-enough, and collaborating but also helping other people get better. I’ve also been told that I have a lot of humility and a real appreciation for the feelings of others. I guess some people would call that emotional intelligence. In conclusion, I’m really dedicated to bringing value to others, especially my boss. I’ve never desired a work-life balance for myself (due to some ‘gifted child’ experiments when I was a kid, I don’t need sleep). But I am 100% dedicated to being so good in my job so my boss can achieve an amazing work-life balance. “

Of course, it would be great if all this were true. But let’s be honest here. What can you really learn from a response like that? The only thing I learned is that this is a good script writer who has a talent for reciting lines. And if those happen to be truly mission-critical characteristics for the job, then perhaps you should consider this candidate. But beyond that, there’s not much else to be learned from this response, or any responses like it.

Now imagine that after you shake off your amazement at your candidate’s brilliant example of critical self-reflection (please note the sarcasm), you decide to ask a follow-up question. Maybe something like, “Wow, that all sounds really great. I don’t suppose you have any weaknesses, do you?”

Given the direction of the candidate’s initial response, it shouldn’t be difficult to predict the kind of answer this follow up will elicit. Probably something like:

“I was really hoping you wouldn’t ask me that because I never lie, and I actually do have two weaknesses. First, I have been told by my previous bosses that I work too hard. I get way too involved with my work and I end up giving too much of myself to the job. This also feeds my perfectionist streak; I really like to make sure that my boss never ever sees a mistake come from me. And this leads to my second weakness which is that sometimes I care too much about my teammates. And again I’m guilty of giving way too much of myself in my efforts to help them achieve greatness.”

Now, if reports started rolling in that interviewers were asking “What are your weaknesses? ” and hearing in response things like: “ I have a violent temper and I stalked my last boss, ” or, “ I hate people, and I can’t stand taking orders, ” then perhaps this line of questioning would have value. But honest responses such as these are rarely heard in an interview setting. The odds are infinitesimally small that anyone will answer any of these three questions with complete honesty.

One of the most fundamental tests of the effectiveness of a job interview question is the extent to which it helps differentiate between high and low performers. Any interview question that doesn’t distinguish between these two groups is the equivalent of giving a college exam on which every student automatically scores an “ A.” And what’s the point of giving a test where everyone gets the same grade?

The lessons here are to never take at face value any response that comes off sounding all puffed-up and hollow, like bad advertising copy. And definitely be concerned when the questions you’re asking produce mostly hollow answers.

Mark Murphy is NY Times bestseller, author of Hiring for Attitude, Founder of Leadership IQ, a sought-after speaker, and creator of the quiz Could You Pass This Job Interview?

This article was written by Mark Murphy from Forbes and was legally licensed through the NewsCred publisher network. SmartRecruiters is the hiring success platform to find and hire great people.