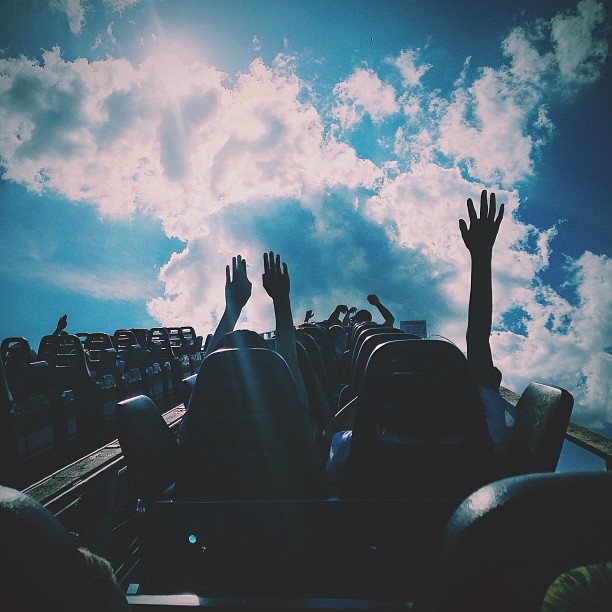 5 Predictions for Talent Acquisition in 2018

Is HR the new Marketing? The notoriously frumpy department is finally getting some sparkle thanks to some desperately needed tech updates. Hear our top five predictions for where these tools take HR this year – starting with software, stop tracking applicants and start acquiring talent.

We’ve been here before, elsewhere and in other industries, where early adopters rush to fill a vacuum. There is hype, experimentation, jockeying, thrown elbows. There are survivors and casualties, coagulated hierarchies, and in the end, several left alive are gobbled up as acquisitions.

In 2017, the battle has turned to HR tech, and it’s been a frenetic, fascinating, confusing year. Over 70 percent of companies now use some kind of recruitment management system, 50 percent are using three or more methods of primary sourcing, and only 20 percent are actually satisfied with any of it. Follow your average company’s hiring cycle, from job-post marketing to interviews to onboarding, there are several players specializing in each step of the hiring process. We’re far from reaching the point where one end-to-end juggernaut suite is the norm – and that may not be the ideal outcome anyway.

Our Senior Product Marketing Manager, Sarah Lambert, thinks “HR is experiencing the renaissance that marketing underwent 25 years ago. We see a huge preponderance of tools that help us measure our effectiveness,” we just haven’t figured out the endgame yet.

With over a decade in HR, Sarah’s seen firsthand HR’s transition from analog to digital. “When people talk about the mountains of paperwork you had to have ready to hire someone,” she laughs, shaking her head, “I know that intimately.” But she’s also wary of this revolution’s speed, or at least apprehensive about how the deck might be stacked when the cards are shuffled.

In the most recent report by Aptitude Research Partners, the 2017 Talent Acquisition Systems Index Report, co-founder and CRO Madeline Laurano does the heavy lifting for the rest of us, and discovers several things, the most relevant to watch for in 2018 being:

The Applicant Tracking Systems of old are out. They’re clunky, non-responsive and don’t play well with others. The new breed of Talent Acquisition Systems, however, let customers set their own parameters and receive feedback in real time. Competition is only going to intensify in the new year, but given there are still specializations along the way from marketing to recruiting to onboarding, this isn’t a Highlander situation where “there can be only one”, but give it some time, maybe we’ll find that there can only be eight (give or take).

It’s been a long time coming, this whole embracing and celebrating diversity, but when it became the main topic of discussion at the Golden Globes and the Oscars this year – contrary to previous reactions like #OscarsSoWhite – mainstreaming at that level has meant companies have been self-assessing where they stand on the subject, because what’s one of the most important times a minority is going to dread potential bias against them? Getting a job, right?

Companies like Smartrecruiters take this issue seriously, and offer HR departments ways to cut down on bias and embrace diversity: simple things like keeping names off CVs and anonymous screening, to tools that will hold hiring managers accountable for their decisions, should suspicion of bias present itself later. Companies as large as Adidas already have similar processes in place.

3. Tapping resources you may not know you possess

With the algorithms getting smarter and the datasets getting bigger, Talent Acquisition Systems are more than ever able to mine profiles already at hand and match them with job openings. You never know, maybe Bill in Accounting is set to be your next CFO, but without a little help from some crafty machine learning, you couldn’t benefit from what you already have. Good luck, Bill!

Flinging job openings at job boards is about as useful as dropping leaflets for an opening in civil engineering over Palo Alto. What used to be considered casting a wide net is now seen as a waste of time. Front-end technology allows companies to target candidates, even with their dusty old ATS, customizing eyeballs to close the gap on money spent vs potential employees showing interest.

Automation may be demonized for putting several stripes of blue-collar employees out of work, but as automation becomes the baseline for recruiting, the main function becomes honing vast stacks of data, but in the service of matching the best candidates to a specific job, and that places a premium on the most human part of this whole thing: talent. Finding it and making the best use of it, in the most efficient and relevant ways — that’s what we’re looking at in the Talent Economy.