Those of us who work in the field of recruiting know its importance to the hiring process. Countless employers rely on job recruiters everyday to connect them with the talent that keeps their business running smoothly. But recruiting is hardly limited to recruiters. Most successful leaders, business owners and entrepreneurs recruit at some point in their careers. If they didn’t, great minds wouldn’t be hired, careers wouldn’t be launched and history wouldn’t be made. Let’s take a look at some well-known individuals who, while not known for recruiting, briefly did so in order to further their role in shaping history.

In 1942, the world was at war. Fearing that the Nazis were developing a nuclear weapon, the U.S. government created the Manhattan Project in an effort to develop the first atomic bomb, and appointed General Leslie Groves as the director of the project. Groves then recruited theoretical physicist J. Robert Oppenheimer to head the project’s secret weapons laboratory. Oppenheimer immersed himself in the project by recruiting the nation’s top physicists, whom he referred to as the “luminaries.” Albert Einstein, Marie Curie, Niels Bohr and 50+ others were selected to work on this elite project. After three years of intense research and experimenting, the first atomic bomb was successfully detonated in Oppenheimer’s Los Alamos, New Mexico lab. Less than a month later, two larger bombs were constructed and dropped on Hiroshima and Nagasaki, Japan.

Recruiters are required to recognize talent. Years before Apple became a multi-national corporation, Steve Jobs founded the company with Steve Wozniak and Ronald Wayne in his parents’ garage. Within two years of the company’s founding, Jobs recruited Mike Scott from National Semiconductor to serve as CEO. Five years later, Jobs replaced Scott by recruiting John Sculley from Pepsi-Cola. While these early years proved to be turbulent and eventually led to Jobs leaving, then returning to the company, they paved the way for Apple becoming what it is today – an industry-leading manufacturer of computers, software and consumer electronics.

The President of the United States

The political equivalent of recruiting is appointing, and before taking office, every President-elect must appoint more than 6,000 new federal positions. This includes top officials at government agencies such as the CIA or NASA, the board of directors of government-owned corporations such as Amtrak, and the White House staff, including the President’s aides, advisors and assistants. The President also appoints judges to the U.S. District Courts, and has the power to nominate federal judges with Senate confirmation. Though the President may face vastly different challenges than the average recruiter, the sheer number of positions he must fill when taking office might make him one of the most successful recruiters of all.

Part of Thomas Edison’s genius wasn’t just inventing, but taking the ideas of others and patenting them as his own. During his working life, Edison averaged a patent every two weeks, many of which resulted in court battles with other inventors who came up with the ideas first, but didn’t reach the patent office in time. In order to keep the ideas coming and patents moving, Edison recruited a team of accomplished scientists whom he referred to as “muckers” to work for him. Plastics pioneer Jonas Aylsworth, machinist and model maker John Ott, electrician Reginald Fessenden and sound recording expert Walter Miller were but a few employed by Edison. As for the inventor’s management style, one employee said Edison “could wither one with his biting sarcasm or ridicule one into extinction.” Nevertheless, some considered it a small price to pay to work for one of history’s greatest inventors.

Andre Young, a.k.a. Dr. Dre, rose to fame in the late ‘80s and early ‘90s with controversial rap group N.W.A. Known as the pioneers of the “gansta rap” genre, N.W.A.’s graphic lyrics and unapologetic portrayal of urban life in Compton, California resulted in their debut album going double-platinum. After leaving the group in 1991, Dre founded his own record label and began producing solo material, as well as recordings for other artists. Realizing the value of a career in music production, Dre began recruiting other talented artists for his record label. In 1998, he signed Marshall Mathers, an unknown artist from Detroit now known as Eminem, whose debut album reached number two on the Billboard 200 chart. In 2003, Dre repeated the success by co-producing Eminem’s follow-up album, which earned a Grammy and proved to be the fastest-selling rap album of all time.

Just like death and taxes are a part of life, recruiting is a part of business. If you’re a business professional, unless you maintain the exact same personnel line-up throughout the life of your business, chances are you will recruit in some shape, form or fashion. Recruiting is a privilege, for without it, there can be no growth or expansion. If you’re given that privilege, take pride in it, as you’re sharing a skill with many great historical figures.

SmartRecruiters is the only platform that hiring managers and candidates love. 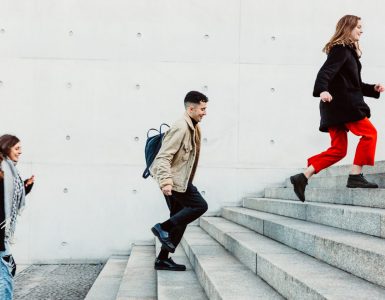 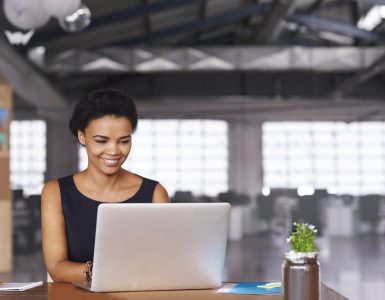