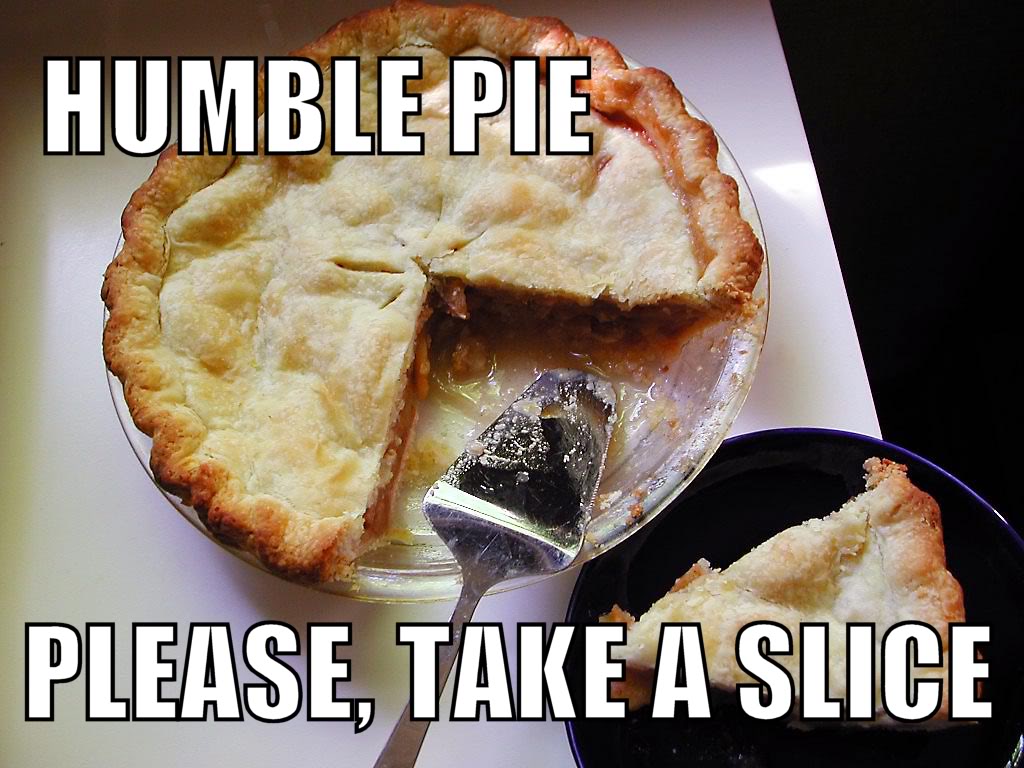 An Entrepreneur’s Most Underrated Trait? Humility

When I mentioned this trait at a recent conference, it triggered more emails and responses from people than anything I’ve ever said. The trait isn’t one that you are likely to find in the publications, books, and speeches about entrepreneurs, which include characteristics like relentlessness and tenacity, ability to see the unknown, passion (which I think is overrated), drive, adaptability, and so on. After all, these are found in most entrepreneurs, even ones that do not consider themselves successful or ones that are weighing taking a job. So if these traits don’t matter, what does?

“Definitely, the No. 1 lesson from my career is: ‘Be super-lucky,’” Stewart Butterfield, the co-founder of Flickr says. Not to take anything away from hard working entrepreneurs out there, but while much of success hinges on luck, it is rarely acknowledged. There are many reasons why Friendster did not turn into Facebook, Lyft didn’t become Uber, AltaVista did not turn into Google. Right now you, the reader, are lucky. You were born at the right time, to the right people, who have electricity, Internet access, a computer and whose ancestors somehow persevered in the hardships of the less than modern world.

If getting lucky were a trait that you could control, it would be the most important. However, being able to acknowledge your luck is a close second. Being humble about what you’ve done and are doing is very important in today’s day and age. Humility is defined in the dictionary as “having a lowly opinion of oneself, meekness.“ In the context of entrepreneurs this is definitely not the case, as Bruna Martinuzzi from The Leader as a Mensch states. “Humility is all about maintaining our pride about who we are, about our achievements, about our worth – but without arrogance – it is the antithesis of hubris, that excessive, arrogant pride which often leads to the derailment of some corporate heroes… It’s a lack of arrogance, not a lack of aggressiveness in the pursuit of achievement. [Interestingly,] the higher people rise, the more they have accomplished, the higher the humility index.”

So, why is humility so important and underrated for entrepreneurs?

Humble entrepreneurs find themselves with people that want to work with and for them.

Jim Collins mentions humility in Good to Great as a characteristic of the “level 5” leader. With less monetary incentives than public company CEO’s, private startup CEO’s need this trait to incent potential recruits and employees. Would you want to work for the brilliant “idea guy” who is looking for The Wharton Code Monkey, who he views as an interchangeable part? Or would you rather be at the company where the CEO appreciates each and every person, their talents and what they bring to the company? Brooklyn’s Cumberland Packing, the makers of Sugar in the Raw, has 416 employees of which founder Marvin Eisenstadt personally greets each and every morning!

Team members want to feel like team members as everyone makes the journey together overcomes the same obstacles together and achieves success together. The power of fraternity and SEAL training is in showing each other that no matter what their upbringing, religion, race, zeroes in your father’s back account, A’s on your report card, that you were all equal and that you were only as powerful as your weakest teammate. Being part of and treated like something bigger than you is one of the main reasons that people join a startup. Acknowledgement of credit is the sign of a humble leader.

Humility makes people want to root for you.

There are some people that you meet that for some reason or another you just want them to win; you may make the right introduction even if you aren’t an advisor or an investor, just a zero equity “LinkedIn friend.” From a mass perspective the crowd is always right (and more right due to technological advances of news and gossip). Justin Bieber, LeBron James, and Kanye West discovered the power of the perception of the crowd to some of their non-humble or arrogant actions; there were many new anti-Heat fans after his “decision”, wanting to see “King” James fall. Even Internet companies with arrogant CEOs have started to wither away their company’s prospects with lost customers and fans and investors. We need the crowd on our side, even in small numbers. That crowd, those “weak ties” inevitably are the ones that help us bridge the connections to where we need to be. And sometimes those people who were once viewed as the enemy or competitor will be the ones that you join or merge with as long as the relationship has not soured.

Having humility shows others that you are willing to listen to them and accept their ideas.

Being humble also by extension means that you know what you are good at and what you are not. Investors, customers, and employees like entrepreneurs that listen to others, and that admit they don’t have all the answers. They like to feel like they have input into a decision, that the entrepreneur weighed their words prior to making a decision. Further, the humble entrepreneur can do one of the most difficult things for them: the ability to admit failure. Perhaps the company has failed, or you have failed as a leader and need to step down as the CEO for the greater good of the company. Many entrepreneurs have a hard time with acknowledging that they are in error, but the basis of humility is that no one knows the future and a variety of factors affect outcomes that are usually out of your control.

The new world of social media, celebrity, selfies, and humble brags have crumbled away humility and brought upon us ego. However, we do need to shine a light on our accomplishments otherwise no one else will. This delicate balance is illustrated in Michael Lewis’s The Big Short where Michael Burry was reportedly unable to raise another fund because no one knew that he was the originator of the highly profitable subprime mortgage short.

Finally, think about the most beloved movie in Hollywood history (#1 on IMDB), “The Shawshank Redemption,” a film about humility, hard work, and an eventual payoff that took 20 years and how people still gravitate to that story. Humility is something that inherently we all respect, love and hope for. Building a company is not easy, but staying humble will help you find others to join your journey and offer you an element of luck.

This article was written by Roger Wu in the My Say Column by Forbes and was legally licensed through the NewsCred publisher network. Photo Credit SimplySatea. Learn more about SmartRecruiters, your workspace to find and hire great people.