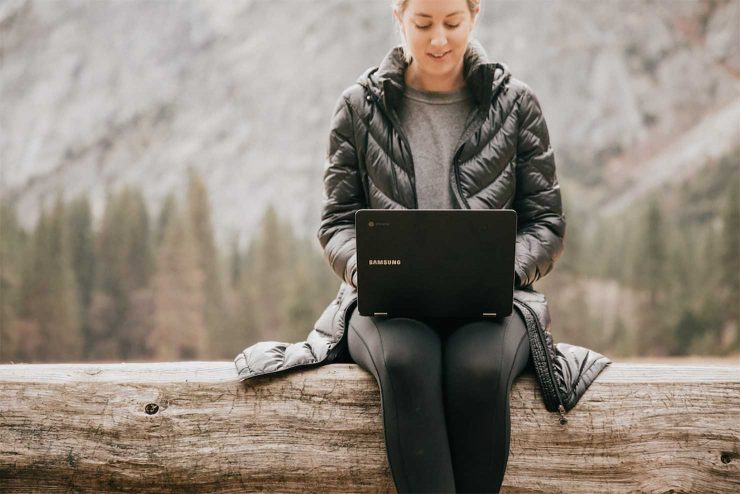 Are Employers Ready To Embrace the White Collar Gig Economy?

As more individuals pivot into freelance and self-employed work, companies are rethinking how to attract and retain independent professionals.

Corner offices and pensions are no longer the end game for many working professionals, and—as usual—you can blame millennials. As of 2015, millennials are the dominant demographic of the American workforce, and the white collars of this up-and-coming generation have a new career priority in mind: independence. It’s the gig economy, but for professionals, and it could be the answer to the talent shortage currently squeezing the tech sector.

By 2020 it’s predicted that 27 million American will transition to self employment, nearly tripling the number from 2015. And it’s a mistake to think those numbers are coming mainly from entry-level task apps like Uber, Postmates, or Task Rabbit. In fact, task workers only account for 10 percent of the 15 million full-time independent workers in the US according to an annual report from the accounting service FreshBooks. The study, which surveyed 2700 full-time independents, found that 43 percent of individuals desire more control over their careers, with an additional 43 percent planning on completely switching their careers once self-employed.

As a result, the labor market is now experiencing a talent vacuum, and employers are desperately seeking to fill a record number of openings. The Bureau of Labor Statistics reported that employers posted 6.6 million available jobs in March 2018, up from 5.6 million the previous year. With 6.3 million people currently unemployed in the US, there is a now surplus of open positions in the job market, allowing more individuals to lead their own charge in the war for talent, and command a premium price for their services. 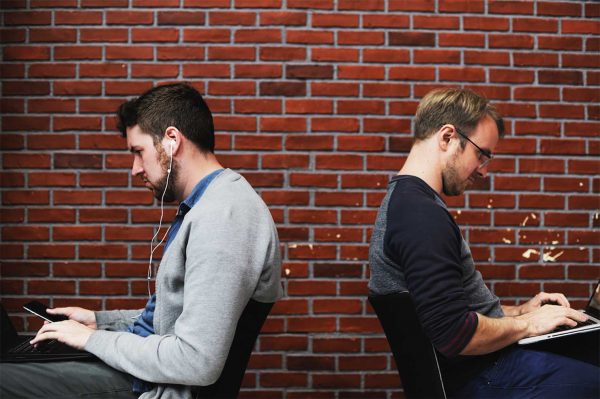 A 2017 report from MBO Partners identified 3.2 million full-time independents who made more than $100,000 annually, up 4.9 percent from previous years. As a whole, 43 percent of full-time independents said they earn more money working on their own and experience greater job security than traditional work. Top earners in the freelance sector include: programmers and software developers, web designers, content marketers, and graphic designers—and companies are paying top dollar for their work.

Though higher incomes and more stable careers are attractive byproducts of self-employment, many next wave workers value the emotional and psychological payoff of work more strongly than previous generations. Quickly becoming the “work to live” generation, 51 percent of millennials with traditional jobs say more flexibility is an advantage of becoming an independent worker or starting your own business, compared to 42 percent of Gen Xers and 40 percent of Baby Boomers. Meanwhile, 44 percent of millennials with traditional jobs say pursuing a passion or interest is an advantage of working independently, while only 32 percent of Gen Xers and Baby Boomers say it is a factor.

While new independent workers value the flexible and emotionally rewarding lifestyle that self-employment provides, the transition is not without its challenges, albeit ones that millennials are willing to embrace. Independent work often demands longer hours with less availability for time off, even extending the age of retirement beyond the traditional 65 cutoff. Yet, 62 percent of millennials surveyed don’t expect to stop work after age 65, and will continue working as a choice rather than a necessity. 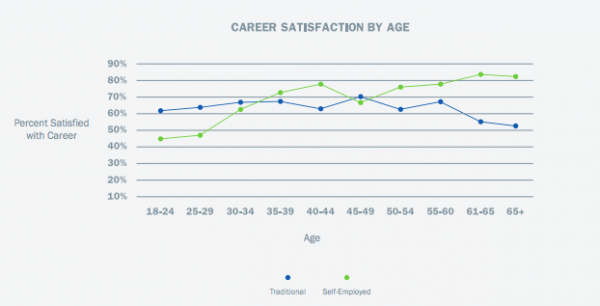 Delaying retirement also seems to have an effect on workers’ overall career satisfaction. Employee satisfaction in a traditional job typically diminishes as the age gap increases, but the FreshBooks report shows that self-employment has an upward trend the longer independents keep working. Despite more time spent working, many self-employed workers report that they experience a better work life balance, better health, and higher incomes, with a vast majority (97 percent) of current independent professionals electing to stay self-employed rather than return to traditional work in the future.

TA professionals also seem to struggle with sourcing and hiring great talent for permanent positions, as a 2018 study from Upwork revealed that 39 percent of hiring managers felt hiring was harder in the past year, citing difficulty in accessing candidates with specialized talents as the biggest challenge. As new technological innovations in fields such as robotics, AI, and blockchain further disrupt the industry, training workers to stay abreast of new technologies will become a high priority for many companies.

In response, hiring managers are now tapping into the independent workforce to fill open positions on a contract basis. Gene Zaino, President and CEO of MBO Partners, highlights how an increasing number of companies are hiring more independent workers over permanent employees as a way to stay flexible and agile in the swift modern economy. “If you are in a very high-change environment,” he says, “making full-time commitments is a bigger decision than just paying someone to get a project done.”

Independent workers may also have a positive effect on team dynamics. Jeff Christofis, VP & Practice Lead of KellyConnect at Kelly Services sees an increase in employee satisfaction and productivity thanks to their remote hiring practices. “Embracing the remote work environment has proven to be a highly effective approach to not only attracting talent,” he says, “but allowing companies to achieve higher levels of productivity, and gain efficiencies while providing employees with greater work life balance.” 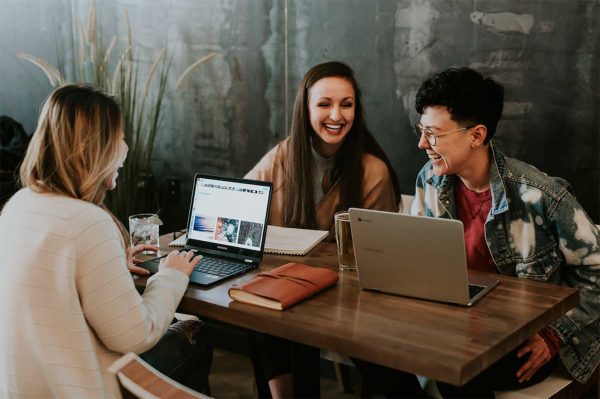 It’s no secret that respected and valued employees are prepared to deliver their best work, and independent workers are no different. More companies are realizing the need to become the “clients of choice” for freelancers, and that includes treating them as a more than replaceable and inexpensive labor tools. Including independent workers in the company culture or offering services that promote their growth and success—such as job boards with new opportunities, training programs to expand their skills, and networking events with employees—can be foundational in building strong relationships with freelance workers.

The independent professionals of the future workforce are poised to be some of the best educated and highest paid contract workers in the modern economy, and companies will soon need to adapt their hiring practices and team structures to accommodate them. This shift in the American workforce hails a profound change in the American dream: Rather than climbing the corporate ladder, the next wave of professionals want to be their own bosses.