For most people, their daily interactions with Augmented Reality rarely extend beyond a few encounters with Pokémon Go players haplessly navigating crowded sidewalks and staring at their phone screens. However, according to John Hanke, CEO of Niantic, the creators of the popular mobile game, Augmented Reality will soon have widespread applications. For now, it is finding footing in the modern tech space.

“The potential for Augmented Reality is much bigger” he said to audiences at the GamesBeat Summit in California earlier this week, before he quoted Arthur C. Clarke’s adage, “Any sufficiently advanced technology is indistinguishable from magic.” Pushing the boundaries of technology requires testing, and for Hanke, the video game industry is the ideal space for experimentation, as gamers, Hanke claims, “are willing to put up with some glitches and imperfections in tech.”

For Lisa Hu, senior-vice president of Blippar, the front lines of the Augmented Reality proving ground are supermarket shopping aisles. To demonstrate, Hu launches her company’s new mobile app by aiming her phone camera at a bottle of Heinz ketchup.

The squishy receptacle of red goo springs to life: colorful animations, playful sound effects, pop-up recipe suggestions, all flitting in sequence across her roving screen. Her point being, that even the most unassuming – to say nothing of sickly delicious – everyday objects can trigger Augmented Reality interactions.

For the uninitiated, Augmented Reality (AR to the initiated) is a composite view of the real world and computer-generated visuals, sounds, or other information, brought to life on your device screen.

First developed by the US Air Force in the early 90s, AR was designed to improve human performance in direct and remotely operated tasks. Now, companies like Anheuser-Busch and Fidelity Investments are experimenting with AR for consumer marketing and brand messaging. Given the relatively easy integration onto your smart device – a feat inconceivable in 90s consumer terms –  there’s been a resurgent interest in AR. 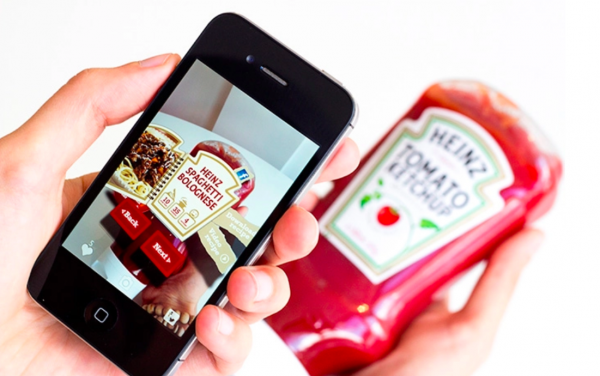 But is this trend-heavy fascination just another marketing ploy? Through applications like Blippar, consumers can pull interactive, custom digital content straight to their phones through the camera lens. While scanning objects in the grocery store aisles for hidden digital content seems like nothing more than marketing fodder, AR has proven to be hugely effective at engaging users. And by Lisa’s accounts, these interactions are genuine and insightful.

Sure, AR is ideal for targeting consumers in today’s digital age, but with much of the technology still unexplored, we may soon see AR play a role in areas as specific as talent acquisition and candidate experience. As it stands, AR has only just tapped into the commercial market, but Lisa, who spent the last five years working in the AR industry, sees great potential in recruiting alongside other promising tech like Artificial Intelligence.

From the candidate’s perspective, AR can connect them to businesses aligned with their career trajectories. “Companies can digitize brochures, advertisements; it can be anything,” says Lisa. “It’s a new way to learn about a company, and there’s value in that.”

For employers, AR offers the opportunity to engage with candidates, while also collecting valuable analytics about those with whom the tech interacts.

“We can track the journey of a candidate throughout different stages, from the interview process to hiring,” she explains. “You can create ongoing experiences throughout that journey for a candidate turned employee, and it can be dynamic.”

These experiences can be as simple as employee testimonials hidden in company literature, or, citing a recent example from Fidelity Investments, a ‘family tree’ composed of various company teams or departments, outlining their roles and functions to the overall business. 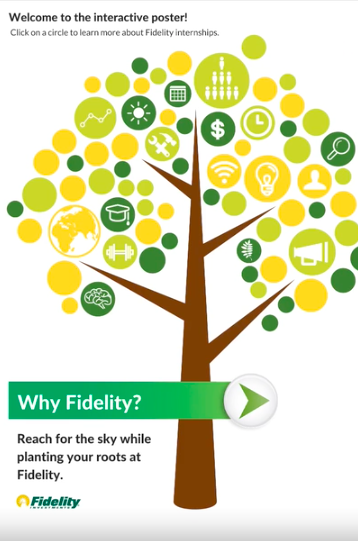 The biggest challenge facing Augmented Reality in the future? Misinformation.

“In the whole AR space there is a lot of noise,” says Lisa, breathing a sigh of slight disappointment. “You have all these different and great ideas being turned into products, but the problem is, there’s a bit too much conflicting information that might confuse people about what AR is.”

Lisa champions the notion that companies looking to implement AR must define their goal and purpose before implementation. Is your company targeting specific customers as part of a digital marketing strategy? Does AR allow your business to execute interactive campaigns with significant ‘wow’ factors? The answers to these questions will ultimately determine whether or not Augmented Reality can help your business.

Embracing AR as a means to achieve successful hires can be well worth the effort and financial investment. However, new technology does not guarantee business success without a clear sense of company brand and values. Even with new innovation, HR remains a ‘people’ business.

Companies that invest in AR without defining their business goals will not succeed, as technology only enhances existing strategies and structures; it does not create new ones.

“Technology can be one part of that,” she argues, “but what is it that’s going to make candidates feel a difference as to why they want to work at that company — Tech or no tech?”