How to Make Real Diversity Work, at Work

Typically thrust upon HR departments with instructions to meet quotas and boost statistics, the untold truth about diversity hires is that many don’t stick around, and it’s for lack of true inclusion.

If there’s any truth to hiring managers favoring candidates culturally similar to themselves, how then, is the white male-dominated tech industry expected to more accurately reflect the spectral nature of our population? According to Bärí Williams, VP of Legal, Policy & Business Affairs at All Turtles and former Head of North American business operations for StubHub, it begins by asking the simple question: “How can we do better?”

In 1960s America, models for business diversity stemmed from affirmative action and equal employment opportunity compliances, which all too often looked more like tokenism. In a relatively more enlightened 2018, businesses are taking on the challenge to undo this mindset. LinkedIn’s 2018 Global Recruiting Trends study shows a greater focus on making diversity stick than previous years, with 78% of companies prioritizing diversity to improve work culture, and 62% to boost financial performance.

As the next wave of business leaders emerge, Williams, an Oakland native with a career centered around the Bay Area, believes we are moving closer to more inclusive company cultures, because society is, despite certain trends to the contrary, moving towards inclusivity. “It’s interesting watching how differently my eight-year-old sees the world,” she says. “The only president he’s ever known is a black man, and then one candidate running after him is a woman.”

However much American politics appeared to be progressing, the results of the last presidential election are a stark reminder of how complacency can quickly unravel years of progress, and for Williams, avoiding complacency is paramount. “It’s great that diversity doesn’t feel like an anomaly to my son, and it shouldn’t, but you also have to work hard to ensure that it’s not.”

While working at Facebook, before StubHub, Williams noticed how all of the company’s business partners — consultants, service providers, hardware, and infrastructure suppliers — reflected the majority company makeup. So she set out to diversify Facebook’s business operations.

She launched the social media giant’s supplier diversity program, building relationships with minority-owned businesses that facilitated the company’s business operations. This ranged from producing branded Facebook swag like hoodies, stickers and pens, to catering, staffing and photography services for company events. As a result, Facebook made itself more accessible to these communities, while providing new economic opportunities and demonstrating a commitment to improving their quality of life. 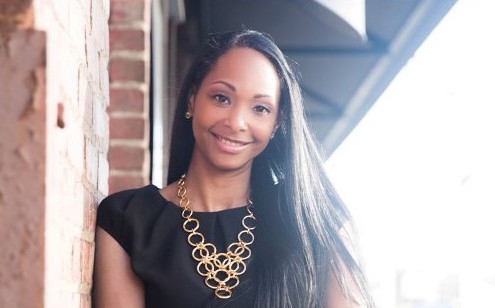 For Williams, building an inclusive culture that’s “woven into the fabric of the company” is key to achieving true diversity and inclusion. This means not only hiring racially and gender diverse talent, but finding “non-traditional ways to reach your benchmarks for diversity,” through untapped channels, in order to identify non-obvious candidates.

And while the Global Recruiting Trends report shows that more tech companies are already approaching the question of “How can we do better?”, 38% of companies surveyed struggle to find diverse candidates to interview.

A solution is for companies to explore other channels. “Maybe it’s more remote work, or flex schedules,” says Williams, “or allowing people to commute back and forth between certain cities. Diverse populations don’t want to live in cities that feel inhospitable, don’t have amenities they want, or don’t give them a sense of community.”

Williams urges hiring managers and recruiters to judge non-traditional candidates through a different lens. “Value that candidate’s unique experiences and perspectives,” she says. “Judge them holistically and allow them to authentically be themselves.” According to Williams, these practices make employees feel valued and give them a sense of belonging.

“Everyone has had an instance in life where they have been excluded from something,” says Williams, explaining how inclusion is an easier concept for people to grasp than diversity. Channeling that feeling of isolation or exclusion can motivate someone to ask, “What can I do to make this person’s life a little easier today, or, what can I do to bring in a second or a third person?”

Promoting diversity and inclusion should not an objective for HR departments but a company-wide goal, where all employees must echo the question ‘How can we do better?’

“More than being mentors, it’s about being sponsors,” says Williams. “Mentors will give you guidance once you’re in the room, but sponsors will advocate for you when you’re not.

“Diversity gets people in the door,” she says, “inclusion keeps them there.”