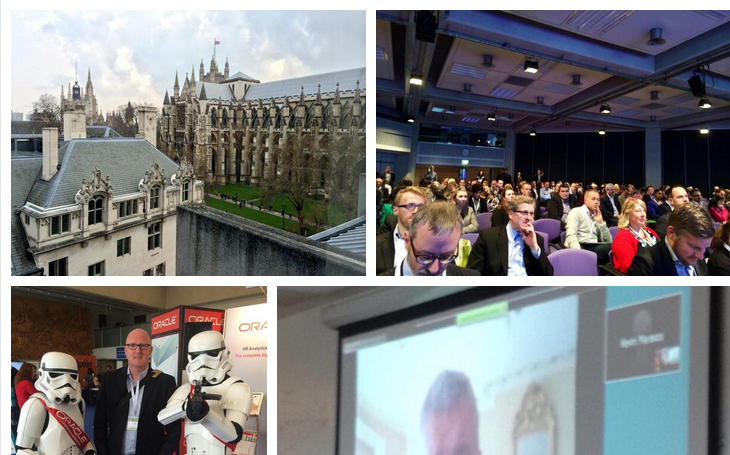 “Unleash Your People” reads the sign as you walk into the Amsterdam RAI Convention Centre. But how do we do that?

The conference has grown to 2,000+ people, and each one of them has expertise on how business can be better for people. The themes of #HRTechEurope were the candidate experience, the future or work, Google!, HR problems, and ‘the truth about recruitment.’ In the words of the people:

Love the idea that Recruiters should adopt the same measures as marketing: lead to conversation rate of candidate #HRTechEurope

“Candidates are increasingly asking each other about your brand and researching before applying” @jerometernynck @elaineorler #HRTechEurope — Eduardo Vanoutrive (@EduVanoutrive) October 23, 2014

#HRTechEurope ‘The candidate is now your customer’ @SmartRecruiters pic.twitter.com/8zhfNpRpH3

Meetings are places for managers to hide from staff. Social drags them kicking & screaming out of them, via @euan #HRTechEurope

As a leader, you must think of you less and less as decision makers but as social architects. #garyhamel #hrtecheurope — Bertrand Duperrin (@bduperrin) October 24, 2014

Collaboration is when smart people (your employees) define in real-time an optimal process to achieve a specific goal. #HRTechEurope — Jerome Ternynck (@jerometernynck) October 23, 2014

Mobile isn’t about changing where we work, but how we work in smaller & shorter chunks, via @rwang0 #HRTechEurope — Belinda Gannaway (@contentqueen) October 24, 2014

It sounds like a key to Google culture is HR that believes in making people smile. #HRTechEurope

If I weren’t at #HRTechEurope I wouldn’t know that the FBI and Google are solving the exact same HR problems. — John Sumser (@JohnSumser) October 24, 2014

“If your give freedom to your employees they will amaze you” Yvonne Agyei #HRTechEurope — Eduardo Vanoutrive (@EduVanoutrive) October 24, 2014

The Truth About Recruitment

Recruiting = Bring a bunch of people from outside to meet people inside to figure out if you all want to work together. #HRTechEurope — Jerome Ternynck (@jerometernynck) October 23, 2014