A sub-category of the marginally attached is what the BLS calls “discouraged workers.” For September ‘12 this category totaled about 802,000 individuals (489,000 are men, 313,000 are women). The remaining 1.7 million individuals marginally attached to the workforce have not looked for work in the previous four weeks; for family responsibilities and/or attendance in school had impinged on their ability to look for work. Other reasons, according to Castillo (1998), include health issues, disability challenges, or issues connected to transportation. Regionally, South Carolina, Nevada, Michigan, Florida have the highest rates of discouraged workers. Colorado, Iowa, Main, Montana Oregon, and Wisconsin have the lowest rates.

So what are the reasons that fuel the discouragement of the discouraged workers? According to Castillo (1998), these men and women believe that no jobs are available for them because they are essentially unqualified. More specifically, Castillo notes, this group believes that they do not qualify because they lack the required schooling, experience, or skill-set needed to fill a particular position. Finally, this group perceives that some type of discrimination is at work in the job market that would prevent them from a fair shot at a job opening.

The word “courage” emerged during 12th century in French and conveyed a place of “innermost strength,” or “the heart.” The heart was that place of strength or confidence from which actions materialized. The etymology of the word “encourage” emerged in the 15th century in French and meant to “put courage in.” The word “discourage” meant to “withdraw or remove” courage. Fast forward now to what the BLS unemployment report about discouraged workers does not tell us. Discouraged workers are those who have experienced a loss of confidence and esteem. They may feel worthless, forgotten, abandoned, disillusioned, inadequate and otherwise discarded by the labor market. This loss of courage is made more insidious because it is felt in the depths of their being. They may believe that they have absolutely nothing to offer to potential employers because of what they lack (education) or who they are (racial ethnic barriers or other visible or invisible barriers that create a perception of discrimination).  This feeling which emerges from a perception strikes are the heart of their identity.

How might employers respond? Let me suggest three actions that can be taken to make positive in-roads to the discouraged worker population. First, be aware of the fact that these discouraged workers exist. Get these people on your employment radar. Understand the tremendous inner challenges facing this population. As I wrote earlier in “The Psychological Impact of Unemployment,” employers have both an opportunity and share a responsibility to connect with the unemployed and, in particular, those who have been traumatized by the experience of joblessness. This would certainly include discouraged workers.

Second, because the discouraged worker is most likely disengaged, they may be hard to locate. Discouragement tends to fuel social detachment and isolationism. Employers who are looking for new hires would be wise to ask for referrals from current employees who know of someone who would qualify as a discouraged worker. Targeting this population is a great way to draw them out of isolation and to begin a process of encouragement. Give these men and women a fair shot at open positions.

Finally, take a hard look at any visible or invisible barriers that can fuel the perception that your organization hires only certain types of individuals while leaving others out of the employment conversation. Examine your human resource hiring processes, structures, and most importantly, the actual metrics of who gets hired to determine if there is any evidence of discrimination.  Inviting the discouraged worker to the employment conversation fundamentally means first taking a hard look at the way we run our businesses and taking action to remove barriers that keep some people fenced-away from a potential life-giving and hope-restoring conversation. 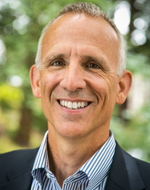