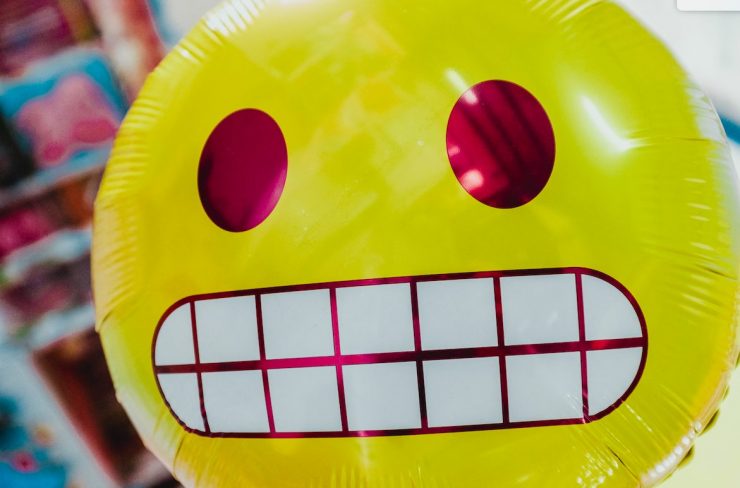 8 Hilarious Recruiting Stories from Reddit that Will Leave You Speechless

Check out some of the funniest, most cringeworthy encounters with nightmare candidates that these recruiters will never forget.

Recruiting is all about people, and people are hilarious. Nothing like the pressure of a job interview to bring out the most awkward, silly, and mystifying behavior in all of us. So, while we often celebrate the victories—perfect referrals, nailing your LinkedIn search on the first try, the candidate saying yes as soon as they are offered the job—let’s take some time to share of the most comical interactions that the internet has to offer. Spoiler: it includes rollerblades.

Every recruiting vet has one of these stories, so buckle up and see if your experience compares to these hapless interviewers who had no idea what they were getting into.

1. User “Enron_F” shares a story from a former professor who had to choose between the lesser of two bad candidates…

“A long time ago his department was looking to hire a new junior assistant professor. They had narrowed it down to two highly qualified guys, both fresh out of grad school. They knew they were going to hire one or the other. As a final step of the process, they decided to take both of them out to dinner separately.

The first guy is cordial throughout the whole thing, seems to get along with everybody just fine. Then, at the end of the meal, he picks up his empty plate and licks the whole thing clean. Like, tongue flat against the surface of the plate, covering every inch of it until it’s clean. In the middle of a nice restaurant. Then he sets the plate down like it was the most normal thing in the world. Everyone just stares at him, and then awkwardly try to just wrap things up. Afterward, they laugh about it to each other— what a bizarre and unnecessary way to throw away a near clinch on a good job opportunity.

So they take the second guy out, almost just a formality at this point. Again, everything is fine, he’s polite, seems perfectly qualified, seems to know the right things to say. Then, at the very end of the meal, they ask him if he had any questions for them. He pauses and thinks for a moment, then asks, “So what is the student-teacher dating policy?”

Afterward, the other professors are sitting around together when one of them says, “Well, looks like we’re hiring the plate licker.”

2. User “notagoodboye” recounts a time when a candidate clearly didn’t do his research before the interview…

“I was doing a tech screen phone interview, and you could tell the guy was googling his heart out every time we asked a question. He would say, “Hmmm, let me think about that for a second.” The background ambient noise would cut off, and then cut back on a second later, and he’d start reading off stuff from the top Google result.”

3. User “kramblin” has a short dialog about why screening candidates is a good precaution for employers…

And then he got up and left. 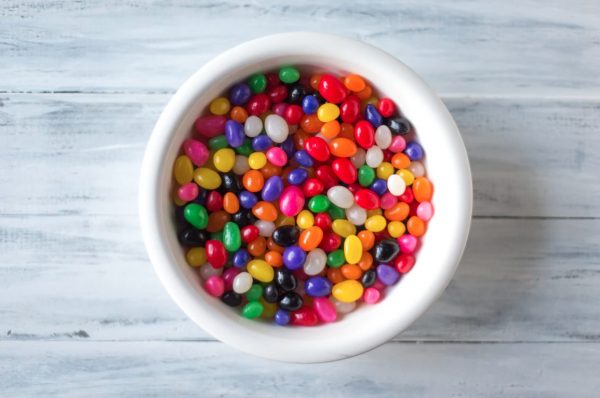 4. User “MichaelTheElder” shares his encounter with a candidate he dubbed “The Candy Man”…

“The interview was for an entry-level retail position. I called him in for an interview, and after introductions, brought him up to the company break room. He looked like a kinda sketchy individual, wearing a beat-up black cap and what looked to be a dirty hoody. I didn’t think too much of it because: a) I did call him in on shorter notice, b) I don’t like to judge a candidate solely on how they look, and c) it’s retail—what do you expect candidates to look like?

I excused myself for 30 seconds to check in on my trainee, and when I came back the candidate looked a little uncomfortable.

Not thinking much of it we start the interview asking the standard questions about what he’s done previously, why he wants to work here, etc. I notice he continues to look uncomfortable and it almost looks as though he’s hiding something in his hands. I eventually ask if there’s something wrong I can assist with and he comes clean.

He explains he has a fistful of candy (jelly beans in this case) and he’s not sure what do do with them. I’m a bit gobsmacked and have questions which I wish I would have asked. Where did he get this candy? Why did he think it was a good idea to eat candy in an interview? What was he going to do with this candy?

As I tried to articulate a response he exclaims, “I know!” and proceeds to shove the entire handful into his mouth. And this isn’t a couple of jelly beans. This is a massive handful of now sweaty, sticky candies that he has just thrown into his mouth. And he starts chewing. And chewing. His hands are stained and he’s really working his jaw due to the sheer amount and chewy nature of them. I swear 30 seconds pass before he finally gulps them down and asks calmly, “You were saying?”

The interview did not continue much longer than that, and unfortunately, the candy man did not get a job with us.” 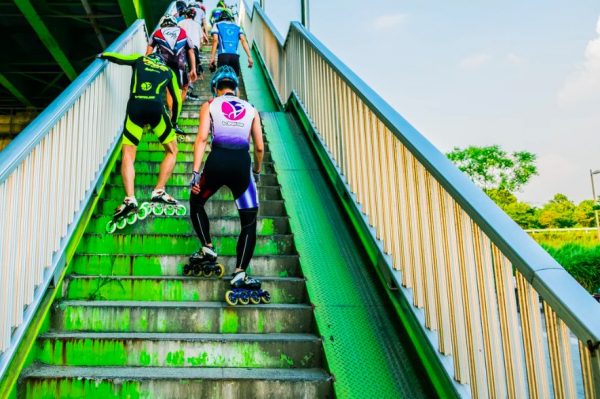 5. User “PsychohistorySeldon” on why a candidate’s mode of transportation to the office is important…

6. User jenjen2317 recalls a candidate who could have picked up a few pointers about phone etiquette…

“We had a guy come in for an interview, and he showed up a full 40 minutes prior to his scheduled interview. One room office shared by three people, so there’s no good place for him to wait. I said you can go to the coffee shop next door and come back at the scheduled time. He said, “No, I’ll just wait here—I have a phone call to make.”

He proceeds to have a very loud phone conversation in our one-room office. When it was finally time for his scheduled interview, he was still on the phone, and actually shushed me, saying, “I’M ON THE PHONE.” Ten minutes later he was ready to be interviewed. Not even sure why we proceeded with the interview, but it was over quickly and his resume was in the recycle before the door even closed.”

7. User “gardenmarauding” shares a time when a video interview ventured into absurdity… 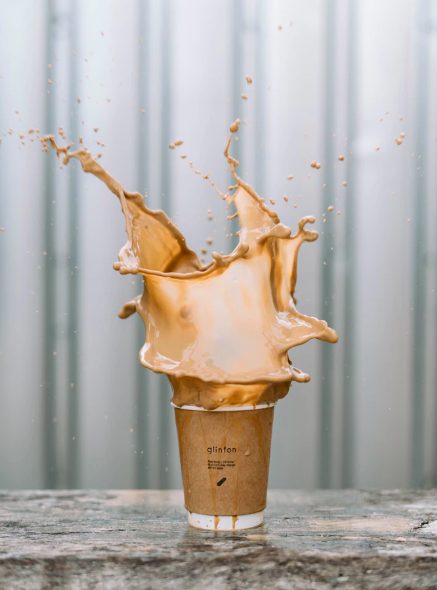 “I was hiring in pharmaceutical sales, and during a large drug launch, the company was hiring almost 200 people nationwide.

Because of this, the first step was a phone screen, then a video interview with the hiring manager, before flying candidates out for the final, panel interviews with five individuals (VPs of HR and Sales of each region, and Sales Directors for those territories).

Because of this, we were very strict with the interviews and who moved forward, which means it REALLY sucked when a guy went into his final panel interview and started doing magic tricks.

Very seriously, he started pulling flowers from his sleeves, and he tried to “vanish” an interviewer’s coffee, but ended up spilling it everywhere instead.

In that same round of hiring, we also had an individual who did his video call from his coffee table (he sat on the floor) and he had someone ring his doorbell. From the conversation with the hiring manager, he asked politely if he could go answer the door in case it was an emergency. She said, “Sure”—no big deal—and the guy stood up, flashing his tightie whities.”

8. User “tybrromian”, on why recruiters should spend more time scanning resumes for errors…

“I once saw a resume that stated they were a “valid Victorian”. Either they were trying to say they were top of their class or that they were a genuine person from 19th century England, neither of which were true.”

Company culture is crucial for organizational alignment. It is the glue that holds businesses together. Therefore, it comes as no surprise that candidates are vetted not only according to their skills, but also culture fit. In order to fairly and... 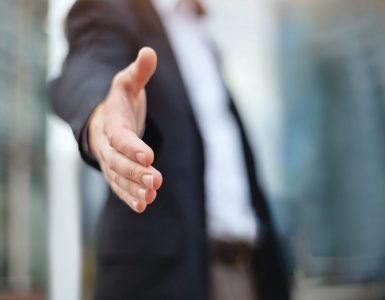 How to Win in Talent Acquisition in 2020

With the new year comes new plans, opportunities, and challenges. However, for businesses there’s one challenge that remains unchanged—finding top talent.  As the recruiting landscape becomes increasingly competitive, companies that wish to succeed...

HS20 Sneak Peek: A Taste of This Year’s Speaker Lineup

Hiring Success is where the future of talent acquisition is decided. With an unparalleled lineup of speakers—from the fastest growing startups to Fortune 500 companies— the conference boasts something for everyone’s interests and...

Are you coming to Hiring Success?

Hiring Success is not a user conference, it is the best recruiting conference in the world. Join 1200+ TA leaders who are committed to shaping the future of recruiting and discover how you can achieve Hiring Success.