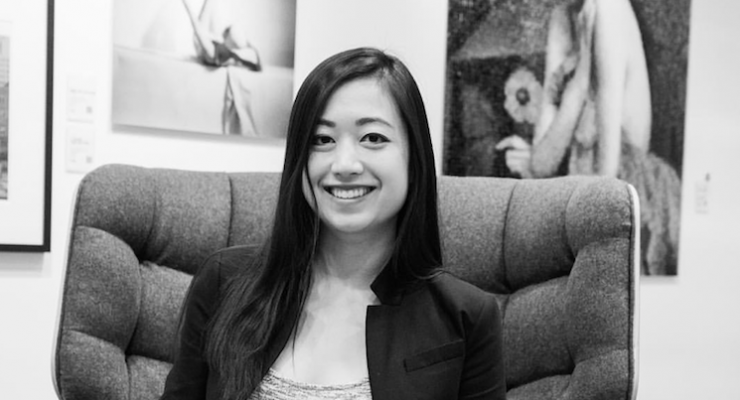 If you’ve been feeling like a bit of an underachiever lately, probably better you don’t read much about Lisa Wang. Because if, like many humans, you’re susceptible to envy which quickly gives way to self-loathing, you’re at risk of taking Lisa as an enabler for your own depression.

At age 29, she’s been inducted into the US Gymnastics Hall of Fame for her four National-level gold medals, graduated from Yale, and cast off the yoke of Wall Street hedge-fund management to co-found Sheworx, a startup to foster female entrepreneurs into tangible funding forums — connecting over 20,000 people so far. As a 30-Under-30 listee, you can now read her column in Forbes, and AND she’s been dubbed by CIO.com as one of the top 20 female entrepreneurs to watch in 2018.

SmartRecruiters recently welcomed Lisa to our Hiring Success 2018 conference in San Francisco, where she spoke of gender parity in a post-Weinstein world, among other relevant topics for companies eager to be part of the shift towards gender equality. If you missed Lisa’s session, read through our pre-conference interview with Lisa below.

In your capacity as founder of SheWorx, what does the concept of Hiring Success mean to you?

Hiring Success, to me, means putting together a team where people feel valued, included, challenged, and respected for the unique strengths and perspectives they bring to the table. The hiring process is a multi-layered challenge and it’s so easy for things to get distorted along the way by your own biases and judgments. Having a clear idea of your values as a company, being cognizant of the need for diverse perspectives, is essential to hiring success.

Recruiting a team of A-Players is always a priority. Currently, it is primary for me, insofar as the work I am doing in helping other companies attract, cultivate, and retain top female talent. Through intensive experiential workshops and thorough assessments, we are helping companies create diverse and inclusive environments that allow women to feel heard, supported, mentored. As a result, they perform at a more effective and efficient level. Leadership is changing, team environments are changing, employees’ needs are changing, and we can no longer passively sit back and expect the best talent to come to us, unless we proactively prioritize diversity and inclusion in the recruitment process. If your company is looking to build these sorts of environments to attract and retain top female talent, you can contact me here.

Oprah. For her drive, her tenacity, her ability to turn every challenge into an opportunity and then capitalize on it. She created a media empire through asking tough questions, being vulnerable, and creating abundance everywhere she goes. I am doing the same and am so grateful to be able to follow in the footsteps of such strong women.

How much of your confidence and work ethic and discipline comes from your success as a gymnast, and what are some of the most and least transferable skills from high-level gymnastics to being an entrepreneur?

As a gymnast, I sacrificed everything for the pursuit of a dream. Gymnastics taught me the importance of having a clear, singular focus. At my peak, I was training 8–9 hours per day at the Olympic Training Center, and no matter what distractions came around, I was able to brush them aside because nothing else mattered except for my dream. As the leader of SheWorx, everything I do is focused on helping more women succeed in their entrepreneurial journeys. That means speaking up when no one else is willing to, standing up when it’s uncomfortable, and sometimes setting aside my own interests for the good of the greater community. I know that anything worth pursuing requires perseverance and pain. I believe that in my lifetime, we will change the status quo and achieve gender parity. I will continue to play my part as a leader of this movement, because if there’s anyone who knows how to push the limits to manifest change, it’s me. 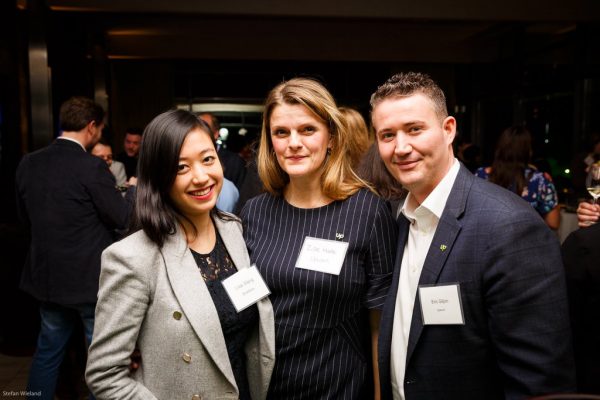 Tell us a bit about the Eureka moment where Sheworx first started to crystallize.

When I was fundraising for my first startup – a food tech company that had been incubated at a top food innovation accelerator – I realized for the first time just how difficult it would be to raise money. The investor landscape is 94% male, making it objectively harder for women and minorities. I didn’t have any expectations going into the fundraising process, but the obstacles were immediately apparent. In one of my first meetings, I remember walking into the room and the investor went straight over to my 35-year-old white, male COO, and brushed me, the CEO, off as the assistant. You just can’t prepare for those moments — when your value is completely diminished without even saying a single word.

After going to numerous women’s networking events to try and connect with other female entrepreneurs facing similar challenges, I found a lot of events geared towards inspiration, but nothing that served my needs. As a female founder, I needed access to the right investors and mentors, to learn actionable skills, and to connect with a community of other ambitious women on the same trajectory. This is when I decided SheWorx needed to exist, a space for the women who wanted to build and scale successful companies, who wanted to do whatever it takes to get there. We believe that behind every successful woman is a group of other successful women who have her back.

What was your initial outline of what you wanted to accomplish, and how far along are you?

Initially, I had no intention for SheWorx to become an organization. I was merely trying to create a space for active learning and connection for women like me. The idea was to democratize access to top investors and mentors, and give women a priority seat at a table they’ve normally been denied. After a few months, it became clear that this wasn’t just a community, it was a much larger social movement to which I needed to dedicate myself full-time. In the first six months, the SheWorx community grew 90 percent month-on-month, simply through word of mouth, because it was such a unique, action-oriented community. Today, we’re 20,000 female entrepreneurs, committed not only to building our respective companies, but closing the global funding gap as well.

What’s been the most predictable and unpredictable moments/factors as you’ve grown?

There’s nothing about the entrepreneurship journey that is predictable! I love that about it, but sometimes it does get extremely stressful. I suppose the only thing predictable is my faith that at the end of the day, everything happens for a reason, and I will be able to turn any challenge, failure, rejection into an opportunity for growth.

The fact that Sheworx exists is great, but in quieter moments, do you see it as a big step forward, or are you annoyed that we still live in a world where it’s necessary?

I absolutely see it is a big step forward. Anything worth having is worth fighting for, and while gender equality, unfortunately, is not a given, I am hopeful when I look back at how many big strides have been taken even this past year. For the first time in history, women’s voices are being truly heard, and it is up to both men and women to translate that awareness into action. I don’t think there is a point to being angry or annoyed, that just detracts energy from me and I try to keep those negative emotions to a minimum. There is so much left to be done to reach gender parity (The World Economic Forum’s Global Gender Gap Report indicates that at the rate we’re going, economic gender equality will not be achieved for another 170 years), but I’m confident that with the work I’m doing and with the help of this rising generation of leaders, we’ll be able to speed that up significantly.

Have you been able to find and put to use a silver lining in the post-Weinstein workplace?

Yes, there is always a silver lining. The silver lining is that we are being heard, and not only are we being heard, there are material consequences for people who have abused the system for so long. Women are coming together in collaboration, in support, in solidarity. (Some) men are standing up and speaking out and it has been so refreshing to have honest conversations with them. Simultaneously, it has made the silence of others that much more deafening. Silence speaks volumes.

What would be your first piece of advice to companies eager to get aligned with a workplace that adheres to gender parity?

Managers and leaders need to ask themselves this simple question: “What do I not know?” Creating environments that prioritize empathy starts with being aware of the experience you are personally blind to, especially if you come from a background of privilege. Any toxic workplace begins with the leaders and the types of actions (or lack of action) that are excused. Asking yourself “What do I not know?” turns the conversation inward as you consider how simple experiences like attending a team meeting, speaking up, asking for a promotion, can be drastically different for someone else based on gender, race, religion and so on. Through the work I’ve done for the female entrepreneurial community, connecting women to top investors and mentors, I have created unique programs that help companies directly create work environments that build the gender diverse teams they need.