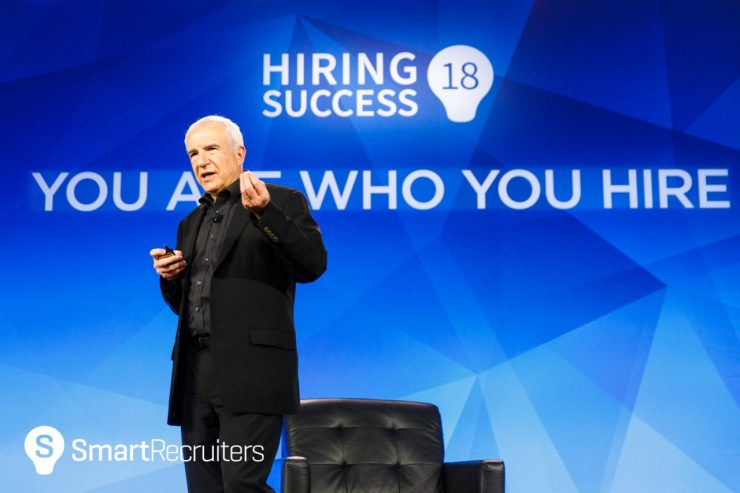 Recruiting: Then and Now with Lou Adler

Lou Adler won’t stop working until the war for great talent is won, and with 40 years of experience, his radical recruiting strategies continue to disrupt the industry.

When you think Lou Adler, one phrase comes to mind, “performance-based hiring”. Since he started his career over 40 years ago (pre-internet and pre-job-boards), he’s been asking himself the same question, “what does the person who fills this job need to do?” – not “what skills do they need to have?” – This simple philosophy has been the foundation for everything that has come since, from authoring two Amazon bestsellers to founding his own company, The Adler group.

You can usually find this recruiting vet sharing his wealth of knowledge on his social media channels, or in person at conferences like SmartRecruiters’ own, Hiring Success 19 – Americas, February 26-27 in San Francisco.

In 1978,  Lou Adler was a fresh recruiter with a background in finance and engineering, just trying to find a new production manager for a hot wheel manufacturer.

It was the “Beach Boys era” as he describes it, and in the spirit of youthful defiance, this California native wanted to try recruiting a little differently.

Imagine, I walked into this hot wheel plant on my first recruiting job and told them to forget the job description, walk me through the plant, tell me everything that’s wrong, and I’ll find someone who can fix it.

It may seem like a counterintuitive way to recruit, but 600 or so job placements later, Lou still works this way. According to him, making lists of desired skills and experiences is not only arbitrary and inefficient, it’s counterproductive.

When you find someone who can do the work – which is what you really need anyways –  you open yourself up to the best and most diverse talent pool in the world.

And forty years later Lou’s hunch is proving true, axing the requirements list is a great way to improve diversity in your candidate pool. According to LinkedIn’s 2018 Global Recruiting Trends Report, the majority of women only apply when they meet 100 percent of listed skills, vs. men, who apply with just 60 percent.

Just ask Lever, a company that recently achieved a company-wide, 50/50 gender parity (a seemly impossible feat in Silicon Valley) partially through doing away with the ‘requirements’ sections of their job ads.

It makes you wonder which of Lou’s current theories we’ll be hailing as revolutionary in 2058. 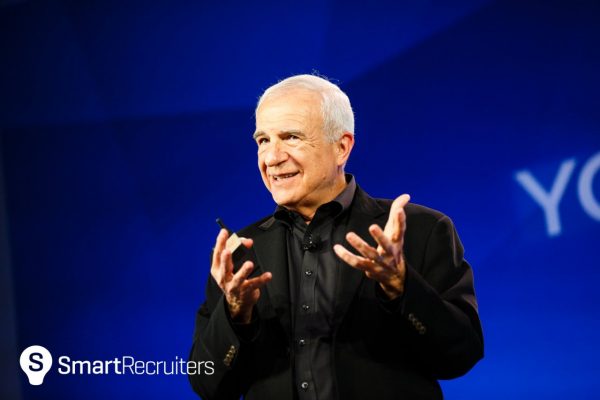 Read on to find out how Lou got his start and how hiring has changed from then ‘til now.

So Lou, if you don’t ask about skills, how do you determine if someone can actually do the work?

Simply ask, ‘What single project or task would you consider the most significant accomplishment in your career so far?’

The candidate will usually take two or three minutes to answer, and then you, as the interviewer, can use the rest of the time to delve into the particulars of how they accomplished the project and what obstacles they faced.

Now you have everything you need to know to determine whether or not that candidate is suited to the position.

Who taught you the importance of hiring great people?

I’m dating myself here, but my first managerial job was in 1972. I was fresh from my MBA at UCLA working 12-hour days in Michigan of all places, and the reason I was there was Chuck Jacob, my then supervisor. This guy was seriously a genius. A Harvard whiz kid who, at age 29, was the number-two financial guy at a two-billion-dollar company.

So anyway, I have a big financial report to complete and present the next day when Chuck calls me up to help him with some interviews. I try to turn him down because ‘I have more important things to do’, but after a brief pause, Chuck blasted in my ear the phrase I will never forget: ‘There is nothing more important to your business success than hiring great people. Nothing!’

He continued by telling me to ‘get your ass over here’ and right after he hung up, that’s what I did. We interviewed 20 candidates that day, took eight out to dinner that night, and eventually hired three.

We returned to the office at 10 pm and Chuck and I began the financial report that took until three in the morning to finish. It was handwritten, and kind of a mess, though to our credit, the information was all there.

When we explained to the board why we had forgone the formatting, they agreed, ‘there is nothing more important to your business success than hiring great people. Nothing!’ 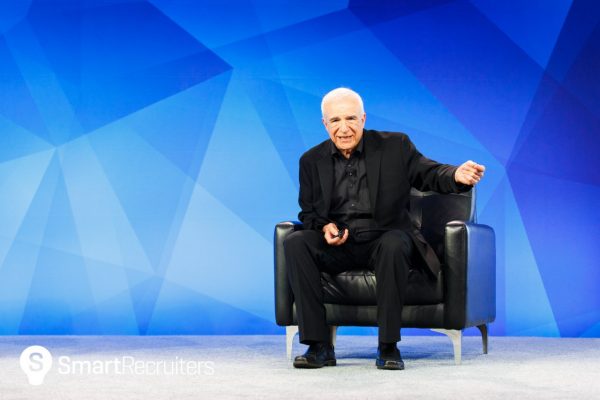 What’s the hardest part about being a recruiter today?

These days there are too many people in the churn. Technology makes it really easy to change jobs, so now a job is a commodity rather than serious business decision.

To change jobs, used to be a real hassle, a person would have to spend half a day with me at my office filling out paperwork and answering questions. So believe me, no one would bother with it unless they were really serious.

What is the role of technology in hiring?

Technology directs you quickly to the right people. Thirty years ago it took weeks to do the sourcing I now do in a couple of hours. It’s great to save that time and money but I would consider all these tools enablers, not solutions. At a certain point, you have to get people on the phone or in person. Otherwise, you are wasting your time.

What’s one mistake you made at the beginning of your recruiting career?

I wanted to challenge myself so I started taking assignments I knew nothing about. However, I came to find that just as a salesman has to know his product, so a recruiter must know his industry. If not, then you’re misleading people. You have to consider that recruiting is a big responsibility, bigger than most recruiters even realize. People spend most of their life at work so you need to try and make sure it’s a good fit.