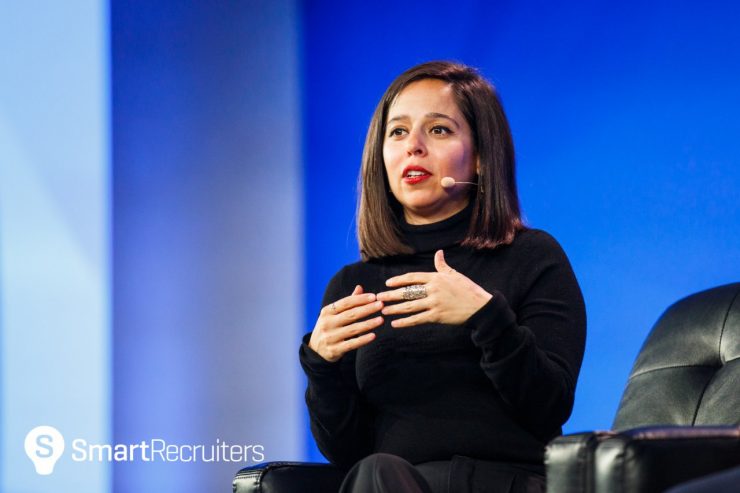 Nina Mufleh really wanted to work for AirBnB. And I mean really wanted to. However, after nearly a year of trying to snag her dream job, she hadn’t reached her goals. Instead of despairing like most people would, she remained proactive and decided to pool all of her experience and skills into making sure she was noticed.

Having headed up marketing and social media campaigns for Fortune 500 companies — and even the Queen of Jordan — Nina knew she had the skills necessary to make a splash at AirBnb, and even improve their business. Armed with this, she created an in-depth report looking into the capabilities of AirBnB and how they could move further into the current underexploited Middle Eastern market.

Her campaign proved to be massive success. Initially it generated some traction among her peers and contacts, before finally becoming truly viral — eventually grabbing the attention of the mainstream media and the company she wanted to work for.

Following this success, Nina worked with Upwork, where she used her unique expertise to help millions of talented freelancers better sell themselves in a constantly changing and competitive environment.

Nina recently spoke at SmartRecruiters’ Hiring Success 18 conference where she headed up a speaking session discussing her experiences with the nina4airbnb campaign and how she applied it to her future success. Here is a taster of a few insights we gathered from Nina Mufleh.

What was it about Airbnb’s employer brand that attracted you to the company?

Most importantly, I believe in their mission to create a world where we can all feel a greater sense of belonging. What attracted me to their employer brand was working with and learning from a world class team.

Where did the idea for nina4airbnb.com come from?

After nearly a year of making little to no progress in trying to find a job here, I realized that I would have to change my approach drastically to start seeing results. I put on my marketing hat, thought of myself as a product and began thinking of different strategies I could employ to generate demand around hiring me.

What kind of response did you expect, and how did this compare to reality?

I designed the campaign for success, and expected it to generate quite a bit of chatter, but I have been completely blown away by how much it continues to spread. Nearly 3 years later, I still receive messages of support from around the world — especially from people who are facing similar challenges.

How did you help to generate so much buzz around nina4airbnb.com?

I tapped into my personal and professional network and asked them to share their reactions to the report on Twitter with the aim of creating some social-proof around the conversations. The timing, choice of platform and details were all integral to starting the initial conversation and then it grew exponentially when mainstream media caught wind of the story.

What advice would you give a candidate desperate for a role with a particular company?

I would advise candidates who are focused on one company – or even a handful of companies – to invest some time in understanding what that company’s priorities are, what problems they’re trying to solve, and then tailor their messaging in a way that shows how they can be useful to solving those challenges.

Where on a CEO’s list of priorities should be “recruitment”?

I’m a strong believer that your products and company are as strong as your team and that recruitment and company culture should always be at the top of a CEO’s priority list.

My co-founders at The Online Project. The personal and professional growth that we experienced alongside each other helped us push our careers in a completely new direction.