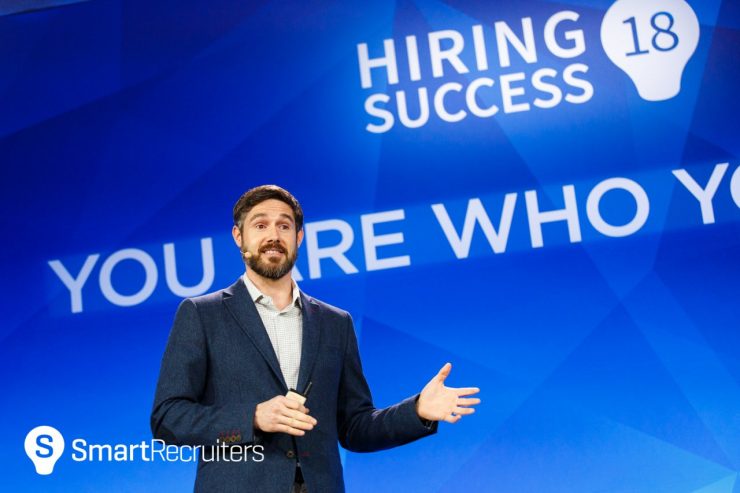 A communications maven turned the job-search tables by creating a bot to mass apply for him. Take that resume screening!

In the past 10 years Robert Coombs, COO for The Class by Taryn Toomey, has advised top government officials, held events at the White House, testified before the US Congress, spoken at TEDx, and had initiatives featured in The New York Times. So finding a new job should be easy right?…

Wrong! At least not the old-fashioned way where you send out a carefully crafted resume and cover letter in response to a job ad.

When Coombs was at his former post, he thought perhaps it was time to explore new opportunities but it became apparent after his first truckload of applications, and subsequent auto rejections, that his resumes were rarely, if ever, reaching a real-live human

His response to this auto screening: if you can’t beat ‘em bot ‘em. Robert created his own bot to customize his applications and send out resumes for him.

After applying to 3,000 companies, he learned one thing for sure  – no one reads cover letters … not even robots. The question then becomes: If Robert had trouble getting noticed despite all his experience then what are us poor mortals to do?

See Robert live at Hiring Success 19 – Americas, February 26-27 in San Francisco and join us today to learn why micromanagers shouldn’t waste their efforts hiring smart people and the top three things you can do to improve internal communications now.

Tell us about your job applicant ‘robot’ — why you made it and what surprised you?

I applied to a mountain of jobs and found myself getting the standard auto-replies but was deeply suspicious of whether or not any human beings were really looking at my resume and cover letter. I thought that if I was able to double or triple my throughput, then the very few people who were actually looking at my applications might hit a threshold that resulted in me actually “being seen.” What surprised me was the SHOCKING data that came out of the project and how dramatically it made the point that the old-fashioned job application process was broken.

It’s one of the easiest things to let slide but one of the most valuable to prioritize. Though you might not guess it from the amount of time I spend on it, it’s really number one on the list of priorities (says the COO of a rapidly growing company).

When I was a child, my father decided he wanted to spend more time with me so he gave up his business as a contractor and opened a daycare center (which grew to be the second largest in the state). He was a single father and many of the families served and some of the staff he hired were single parents who needed to work as well as a safe place for their children to learn and grow.

While he never became a household name, there are a lot of households who were much better off because he put service over profit.

What is the role of technology in hiring?

What’s your favorite interview question and why?

‘Tell me about a time you failed.’ Most of the time we have time constraints, or lack of resources, or incomplete information, or all of the above. Hearing about how someone adapts and, in particular, the way they handle those pressures emotionally (Did they get angry and want to leave; Did they throw colleagues under the bus; Did they simply give up?) tells me much more about how they’ll perform in real-world scenarios than asking about greatest accomplishments.

How will recruiting change in the next 5 years?

I really hope to see an increase in transparency. When companies are primarily hiring referrals they should be honest to applicants coming in from outside of the network. Put another way: If you don’t fully intend to review applicants from job boards with the same rigor as referrals, don’t post!

What are 3 things a company can do to improve internal communications today?