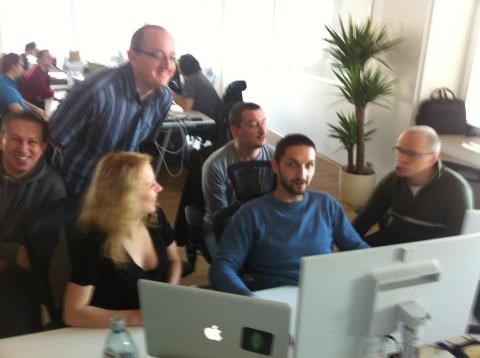 Hiring as a Team Leads to Better Hires

As business practices adapt to workforce’s new generations, more companies will adopt a collaborative hiring processes. The group, instead of a single manager, will be the decision makers. I’m not saying buy in from leadership doesn’t help (it does); management should set the expectation and guidelines. However, the success of current employees drive the acquisition of new employees. To overcome the time commitment and locality limitations of hiring, having a good hiring system should be the first order of business.

“You need to have a collaborative hiring process,” said Steve Jobs. But not just because Steve Jobs said so. Hiring as a team will create a more encompassing picture of what talent is needed and a more accurate evaluation of the talent that enters, as well as, ultimately increase business output.

While the collaborative hiring process is a highly effective method of improving the quality of your hires, I have experienced an instance of the practice gone awry.  As a member of a hiring team for a senior leadership position, the CEO led the way through most of the process. I was brought into an interview team the morning of the final interview between two candidates.  One was from the city in which we lived.  The other had been flown in from half way across the country.

The first interview was the out of state woman who had a great resume of experiences.  She was looking to relocate to our region and it seemed like a great fit for the organization.  The local interviewee had the opposite effect on the hiring team.  Red flags emerged throughout the entire interview and she didn’t have the skills or qualifications necessary to do the job.

The team presented its interview assessments to the CEO who was not pleased.  It was then we as a team realized she already wanted to hire the local woman.  Despite our group’s consensus and expressed concerns, the CEO decided to hire her anyway.

In six short months, the new vice president was a fast sinking ship. Deadlines were missed; balls were dropped and long-standing partnerships were damaged.  She didn’t have the right skills to do the job, and she didn’t work well with the team.  Within eight months, the CEO was back to the drawing board to find a replacement and the team was burnt out from picking up the slack.

The moral of the hiring story:  trust in your employees and don’t micromanage for effective collaborative hiring.

Jessica Miller-Merrell, SPHR is a workplace and technology strategist specializing in social media. She’s an author who writes at Blogging4Jobs. When she talks, people listen.