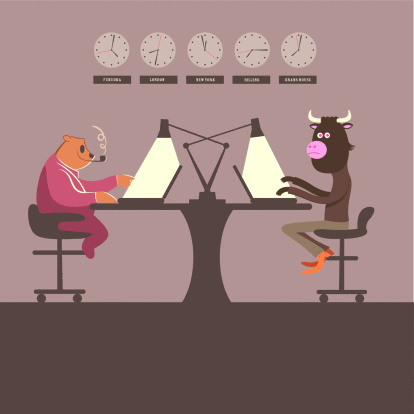 Hiring Manager Survey is Bullish on Job Growth for Q4 2014

The pace of hiring, which often cools along with temperatures in the fourth quarter, won’t slow to the extent it sometimes has in previous years, according to a report released today by CareerBuilder.

Just under one third of employers–29%, precisely–plan to hire full-time, permanent employees in the fourth quarter. While that’s a slight dip from the 34% of employers that added to their ranks during the third quarter, it’s up from the 25% who were hiring at this time last year.

The nationwide survey of 2,203 hiring managers and HR professionals across industries at companies of varying sizes was conducted online by Harris Poll.

Nine percent of employers plan to reduce staff, roughly the same as this time last year, while more than half anticipate no change.

“The jobs outlook for Q4 is now more in line with pre-recession forecasts as employers cast a greater vote of confidence in both permanent and seasonal hiring,” said Matt Ferguson, CEO of CareerBuilder, in a statement. “What’s also encouraging is that recruitment plans for small businesses with more than 50 employees are keeping pace with larger organizations.”

The report offers seasonal workers a healthy dose of autumnal sunshine. As the holiday season approaches, 26% of employers across all industries plan to add temporary workers.  Even better? Forty-two percent of companies hiring those workers expect to offer some seasonal employees full-time permanent employment. Forty-three percent of retailers–the leading industry for seasonal employment–plan to hire seasonal workers, up slightly from 39% last year.

The greatest number of opportunities for those seeking full-time, permanent employment in quarter four will be found in the South, while seasonal employees will want to head West. The Midwest lags other geographies, though roughly a quarter of employers plan to hire permanent and seasonal workers.

And while the smallest companies–those with 50 employees or fewer–continue to be the most timid where hiring is concerned, small business with more than 50 employees anticipate roughly keeping pace with their larger competitors with staff of 500 or more.

This article was written by Kathryn Dill from Forbes and was legally licensed through the NewsCred publisher network. SmartRecruiters is your workspace to find and hire great people.