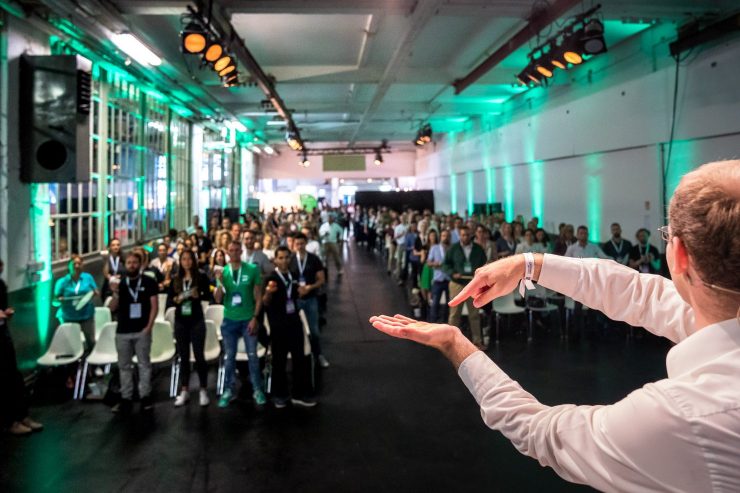 Hiring Success 18 EU Day 2: The Moments You Loved and the Ones You May Have Missed

The second day of the SmartRecruiters first-ever European conference rolled out another full schedule of sessions, assembled a massive “crowd-sourced” band, and crowned another Recruiting Startup of the Year.

Day two began by looking towards the future of SmartRecruiters’ TA suite, in the opening keynote from Rebecca Carr, SmartRecruiters’ VP of Product. “Competition is fierce—we’re living in a talent economy,” she said, speaking to the packed conference hall in a converted warehouse in East Berlin. “It’s important that we deliver to you tools that are going to give you the capabilities to find and nurture talent well before the point of application.”

With many of the upcoming product updates taking years to develop, it’s clear that anticipating and predicting the needs of users is driving future innovation. Along with a design overhaul and new functionality that improves the first-time candidate experience at every stage of the hiring process, SmartRecruiters also revealed its plans to embed more intelligent features into the product, including the robust SmartJobs, which allows hiring teams to take the guesswork out of job advertising, placing your ads in front of the best candidates for the right price. 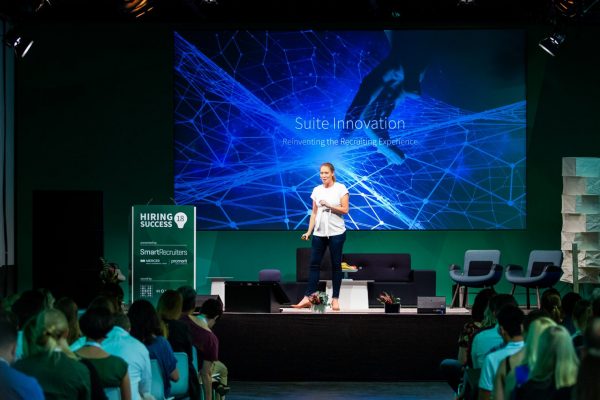 “SmartRecruiters doesn’t want to be a replica of the old system you used to use,” said Carr. “We want to be thinking farther ahead in terms of what we can be building and developing. We foresaw problems that you may encounter given how the talent economy is changing around us.”

Navigating change often requires the wisdom and insights of those who have already lived it, especially when it comes to achieving hyper-growth for you organization, chief among which is the ability to embrace failure. “In hyper-growth there is no room for perfectionism,” said Noor van Boven, Chief People Officer at online bank, N26. “You need to be able to make decisions quickly. If you are a true perfectionist you will fail.”

And hyper growth isn’t just a concern for company executives, as “being a leader in hyper growth means everyone can have an impact,” said Jeri Doris, Chief People Officer at Delivery Hero. “You’re building a brand, a product, and a company. That’s not just for leaders, but for recruiters—you are part of that company story.”

One of the most creative and surprising moments at Hiring Success Berlin was the participatory jam session, “Synchronicity”, led by Mehmet Baha, founder and senior consultant at Solution Folder. “We’re going to explore diversity and inclusion through music,” said Baha, who is also a percussionist, as he distributed shakers, drums, and other implements to a bewildered crowd. Baha then led the newly formed Hire18 band through a series of musical exercises, drawing parallels to how each has real-world implications in the workplace. 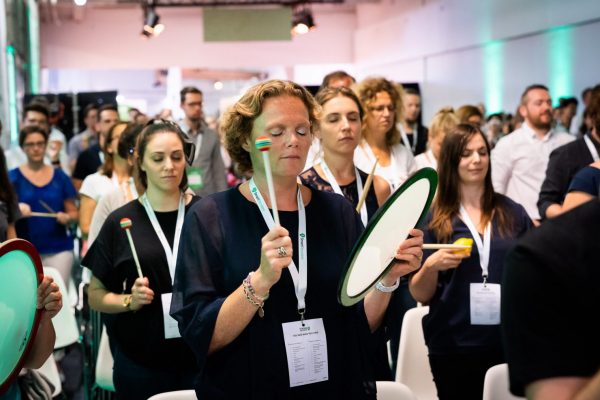 “Active listening is a crucial part of an inclusive work culture,” said Baha, instructing people to close their eyes and hear how each instrument’s unique sound worked together to create a unified composition.

To close out the conference, SmartRecruiters brought five companies on stage to compete for the title of Recruiting Startup of the Year. With only a few minutes to pitch their company to a panel of expert judges, the startup competition is now a central tenet of every Hiring Success conference. Find out which of the five finalists won over the judges and earned the shiny trophy tomorrow on the Hiring Success Journal.

But before we close the book on the first edition of Hiring Success EU we have to celebrate with an authentically Berlin party experience. Conference attendees who still have the energy will move up the banks of the river Spree to Säälchen, on the grounds of the renowned nightclub Kater Blau, where Berlin’s top techno and house DJs will share the stage with a ten-piece pop brass band, spectacular acrobatic performances, and a surprise guest performance.

Check out our day one conference wrap-up to read more about the sessions and speakers you might have missed.