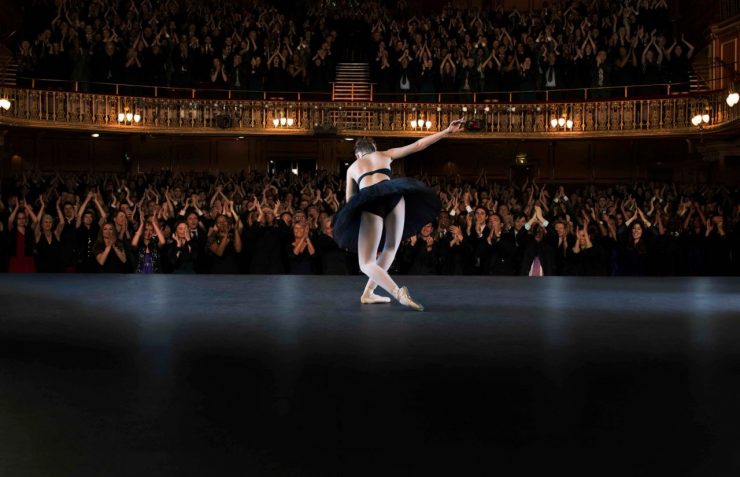 How Artificial Intelligence Will Make Us More Human Again

To eradicate hiring discrimination, humans need to accept that sometimes, machines can not only identify things we can’t see, but things we might not want to admit.

Meet Anna. She is waiting, the way you do in 2017, in a digital queue, to find out if she landed her dream job. She’s worked hard for it. Harder than others. But she’s not going to get it. A man will.

This man will be hired by the head of finance, let’s call him Henry, who has a varied skillset, a calm demeanour, and is respected by his colleagues. Henry isn’t mean, he isn’t vindictive, but he won’t hire Anna. He will discriminate against her, and he won’t even know that’s what he’s done.

Do I blame him? I pity him. Do I feel sorry for Anna? I do. Not only for her, but also for, say, Muhammad, who won’t get his dream job either. Some other Henry in some other company won’t be able to see past his name.

This happens every day in recruiting. We consciously or unconsciously engage in bias meant to protect us, while losing out on potential talent. More than inefficient, this is unacceptable. And that’s why in 2018, SmartRecruiters will release AI Recruiting Assistant, developed to eradicate even further this kind of bias. Yes, a machine is going to help you be a better person.

If you haven’t heard of us yet, SmartRecruiters is a software that companies – our customers – use to manage talent during the process of selection, attraction, and hiring. As we like to say around here, you are who you hire, you hire the best because hiring success is business success. With 30 million applications to date, we are on track to reach 136 million in the next three years in companies with over 2,500 employees.

Facing both sides of the business, we aim to close the gap between the 37% of people the McKinsey Global Institute says are unhappy in their jobs, and businesses frustrated at being unable to find the right talent. So far, we’ve helped employers match the best candidates to their needs in 80 countries and in 35 languages. Our biggest clients receive over 40,000 new applications a month. And the plan is to go even bigger. But it took a while to get here.

Back in October 2013, I co-founded a company called Jobspotting, that connected millions of people with millions of jobs. My colleagues were former Googlers with a combined experience of two decades in machine learning and deep learning, collaborative filtering, and big data. We were profitable and growing monthly, and we had matching technology that some users felt was “better than LinkedIn.” But we weren’t exactly solving unemployment yet.

Then I met Jerome Ternynck. An entrepreneur, a friend, and as the founder and CEO of SmartRecruiters, he was also in the business of connecting people to jobs. We met in Paris, and he told me how every night his daughter would ask, “Daddy, how many jobs have you created today?” And he’d tell her. And she’d tell him whether or not she thought he’d had a good day, and whatever was going on, he never forgot the business’ core: to connect people to jobs, and keep improving the processes of how that happens. Merging Jobspotting and SmartRecruiters was one milestone, and the launch of AI Recruiting Assistant is going to be another.

Recruiters usually screen CVs manually. It takes tons of time, and they have natural biases. They will discriminate. An algorithm, our AI Assistant, will not. Once implemented with our customers, the fusion of Jobspotting technology and SmartRecruiters’ platform will get to work, automatically screening incoming applications and scoring candidates against jobs, highlighting their work experiences, education level, skillset, and much more.

SmartRecruiters AI Recruiting Assistant will be available to our 3,000+ customers, including giants like IKEA, Bosch, Adidas, Visa and Marc Jacobs, affecting millions of candidates – and over a million new users a month. I can’t wait to see the first test and make the hiring process better, and more fair, for everyone.

I can’t change the likelihood of a 40-year-old white male hiring a 30-year-old white male, but AI Recruiting Assistant doesn’t care what your name or gender is, how old you are or what skin color you have. The only question is who the system will rank higher based on their own merit, Anna or Muhammed.