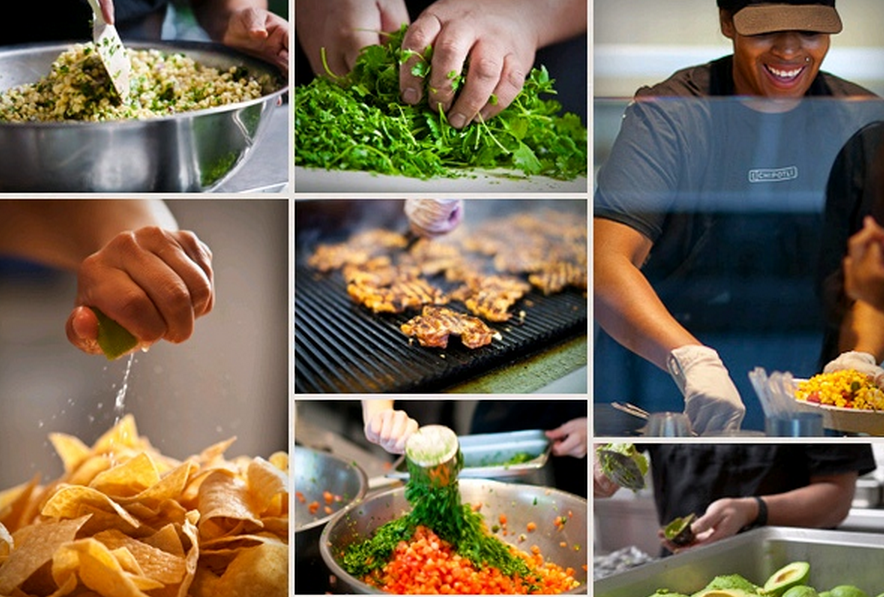 One reason Chipotle has been so successful is its genius approach to hiring.

With its stock price increasing by 1,080 percent and sales jumping from $471 million to $3.2 billion since 2006, Chipotle was America’s fasting-growing fast food chain of the decade. That trend looks like it will only continue, as stocks have increased by more than 20 percent so far this year.

So what makes Chipotle so successful?

Obviously, to have that much success, there are several reasons. First off, it does a great job of appealing to America’s changing sensibilities, as it advertises (mostly) organic, GMO-free food, as an example. It also sticks to a clearly-defined mission and has strong processes intact, two keys for scalability in any company.

But really, what makes it different than most other fast food chains is the way it hires and develops its employees. And that creates an atmosphere where the people who work there care far more about their jobs than the workers at a typical fast food joint.

If you go on Chipotle’s career site (pictured above), you’ll see very few advertised positions for supervisors, or any position really other than “team member,” which is their lowest-paid job. Why?

Because Chipotle rarely looks externally for supervisory positions. Instead, their entire system is about promoting from within, a genius way to improve employee engagement and reduce turnover at even the lowest-paid jobs.

A career ladder is laid out on Chipotle’s career site and then reinforced with profiles of a diverse set of employees who worked their way up from $9-and-hour burrito rollers to $87,000-a-year restaurateurs. The career site maps out a six-step career path where salaries and benefits increase after each promotion, as employees move up from team member to manager to restaurateur.

“It is a place where you come in as a crew person, you know that it is Chipotle’s desire that you become a manager and that you have all the help and support you could ever need to get there,” Chipotle Co-CEO Monty Moran said on a video on the career site.

The key is that supervisors are incentivized via bonuses to promote employees underneath them, so they actively search out people who want to move up and then take time to train them. Additionally, supervisors can only be promoted themselves when they find their replacement, which again stresses that they develop their employees.

The Actual Hiring And Promoting Process

Because Chipotle is looking to turn its $9-an-hour crew members into employees that garner six-figure compensation packages, they have a more rigorous hiring process for its crew members than the typical fast food place. When people apply, they are told to read the career site, and then when they come in for an interview they are asked about what they read.

Those interviews are often team interviews, where each member of the crew talks with the candidate, and they look for people who enjoy the food at Chipotle and actually did the reading they were assigned. This is smart, because now the candidate fully understands that Chipotle is looking to promote from within, and they’ll be properly motivated.

Along those lines, Chipotle cares little about experience and requires just a high school degree (after all, it is just a $9-an-hour job). Instead, they search for people who have the 13 characteristics they are looking for (which includes everything from “presentable” to “infectiously enthusiastic”), assuming that superiors will give new employees the training they need to move up.

Once hired, crew members do all the jobs at the restaurant, from washing dishes to the cashier to making the food. Again, since both the employee and the manager are incentivized if the employee is promoted, training in all these areas happens organically.

For a supervisor to get promoted to a higher-paying job, the employees who work underneath them are interviewed. If the employees speak poorly about the manager, the manager will not be promoted.

Chipotle has their people do most of the food preparation onsite, as opposed to other fast food restaurants where everything comes pre-packed, in an attempt to have fresher food. For that to work, they need people who can do more complicated tasks than the traditional fast food worker.

By having a system like this in place, there’s a better chance of that happening, because the people have more incentive to do it right. Their more-stringent hiring process generally produces better workers as well.

It also is smart to hire supervisors who have worked their way up the ranks for two distinct reasons. First, they understand exactly how the restaurant works and therefore are more capable of running it. And second, they understand the crew workers better because they used to have that job, and therefore should be stronger managers.

But it is more than that. What Chipotle is doing is providing workers with something few other American companies are offering today: a chance at the American dream.

If people work there and work hard, regardless of what they’ve done in the past, they’ll move up. At Chipotle, there really are examples of people raising themselves out of $9-an-hour poverty to $87,000-a-year prosperity.

And this opportunity given to its workers is not just some touchy-feely good idea that sounds good in a classroom but doesn’t work in the real world. This philosophy of empowering employees is having very tangible, very real results; to the tune of $3.2 billion in annual revenue.

So we salute Chipotle and we encourage other companies to do the same. After all, the simple idea of hiring the right people and developing them along the way is being proven effective again, one restaurateur at a time.

VoiceGlance is a cloud-based hiring tool used by forward-thinking companies to hire smarter, instead of harder. Learn more here. This post was republished with permission by SmartRecruiters, your workspace to find and hire great people.