Tweet: “Motivation is the art of getting people to do what you want them to do because they want to do it.” – Dwight D. Eisenhower

Comment: As is, this tweet is a great quote for human resources. In HR, you must hire for and promote the goals of a company such that they are also the employee’s goals. Dwight led a whole country, so you just might be capable of motivating a single company. Keep in mind, every motivation needs a bottom-line to survive.

Modified Tweet: “Production’s the art of getting employees to do what you want them to do because they want to do it.”  @AcademiaHR

Tweet: “We adore titles and heredities in our hearts and ridicule them with our mouths. This is our democratic privilege.” – Mark Twain

Comment: Twain’s autobiography described a man who always wanted to be of the people. In human resources, you must be of the people. Through thick and thin, you must accept that your relationship with your employees must be maintained. As someone in HR, you will not always approve of what the rest of the company says about HR. Your employees will criticize you. Be prepared to work though it.

Modified Tweet: “We work with titles on our cards and skills at our hands and ridicule them with our mouths. This is the office.” @AcademiaHR

Tweet: “A new birth of freedom–and that government of the people, by the people, for the people, shall not perish from the earth.” – Abe Lincoln

Comment: Abe Lincoln gave the Gettysburg Address with the hope of uniting a nation. He spoke in time when America was completely divided. Today, the social web gives human resources more readily available information than ever about the people around us. Because of this increased transparency of employee personality, company culture has never been as much of a product of employee personality as it is today. More than ever, Human Resources must behave as the Minister of the People.

Modified Tweet:  “A new birth of social transparency–and that business of the people, by the people, for the people, shall not perish from the earth.” @AcademiaHR
Tweet: “To resist change is like holding your breath – if you persist, you will die…” – Laozi

Comment: This Chinese philosopher (whose name roughly translates as “Venerable Teacher”) is said to have lived sometime between the 4th and 6th centuries BCE. But he may not have technically existed. Wikipedia says there is a chance he was a mere myth. This makes his words no less prominent. If you do not adjust to the new world, you cannot have new prominence. In today’s world of human resources, the change we must adjust is technology.

Modified Tweet: “To resist new technology is like holding your breath- if you persist, you will no longer be in business…” @AcademiaHR

@AcademiaHR is Alter-Twe-Go of @DavidSmooke. The account is dedicated to applying the great knowledge of the secular world into the day-to-day activities of Human Resources. 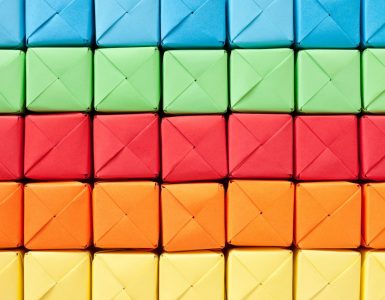