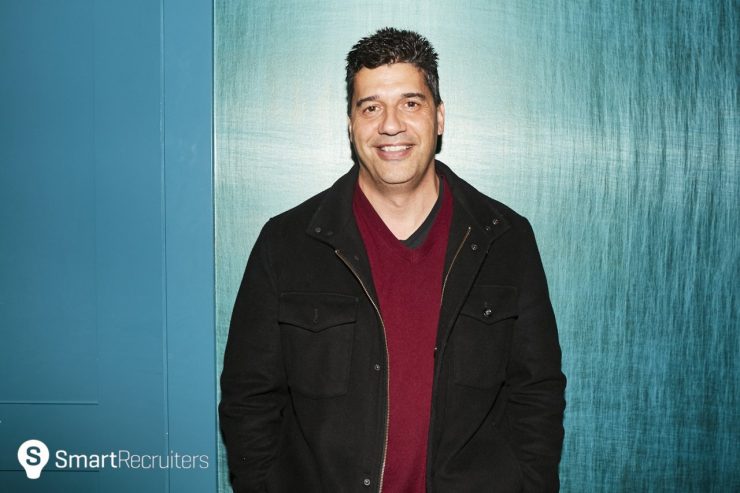 In Praise of Failure, with Jeff Diana

Let this HR veteran share some wisdom, drop some knowledge, and guide you down the daisy chain of f***ing up.

It’s not often one contemplates the philosophy of failure. Likely due to an ingrained dialectic that success is good and anything less is bad. But think a little harder and it becomes clear that failure is the only thing that gives meaning to any accomplishment. Yet just as everyone wants their life to reflect their shiny online persona, every business wants to sing its own paeans of market domination.

“Everyone is always coming to events and telling their success stories, and that’s great,” says Jeff Diana, an ex-Atlassian HR head, consultant to high-growth pre-IPOs, and man enough to admit he’s made some mistakes. “But when you stretch yourself, when you try to innovate, you’re bound to fail, it’s inevitable.”

After decades of on-the-job learning brought him to the tables of several advisory boards, Jeff definitely has the experience to hold court on the subject, and with “management consulting” as his current central role, something as inevitable, as essential as cocking things up should be part of the package. And yet, “we don’t hear a lot about failure as part of the process,” he says, “so in talking about it, hopefully, we can inspire people to get out of their comfort zones and take some risks. Failing is still an undervalued activity across the board.

“Read Eric Reis’ book, The Lean Startup, and you realize no one has a perfect strategy that they then go execute. You learn as you go, and it’s that continuous learning that creates the innovation. We are going to stub our toes, we are going to look back and see things we could have done better, but that’s all part of it.”

Far from orating early concepts for his own future tome – Chicken Soup for the Recruiter’s Soul, or something – Jeff knows where companies fail most because he knows what it’s like to be the one doing the failing. The most notable of which, Jeff says, “have skewed towards one of the two extremes, either moving too fast and not bringing people along, or trying things out but waiting too long to implement, which lessens the value. Figuring out that timing is an art.”

In my first 30 days I ended up firing every HR leader at every site I had.

Jeff’s first major blunder came early on, when he was hired by Safeco Insurance, “which is a couple-hundred-year-old, well-known insurance company. It was my first head HR job, it was a public company, and in my first 30 days I ended up firing every HR leader at every site I had. It was the right decision, they didn’t have the skills for what I needed to do, but I didn’t build enough credibility before I did that, so we saw a bigger dip in our performance before we turned back up.

“When I was with Atlassian, we had a lot of things work, but if I look back, we should have implemented certain things sooner, but we waited and lost opportunities. You know when you have an idea, a good one, you want to wait until it’s crisp, until you have all the buy-in, but then there’s a chance you miss the window.

“We still try and execute a lot of stuff on our own, when we should leverage the c-suite more.” On one Atlassian project, “we were doing ok, but things weren’t moving as fast as I wanted them to. We’d built an incredible recruiting function, but we had a lot of trouble hiring designers. We didn’t want to give up and go to an outside firm but we had to. So once I got the CEO involved, he saw that our hiring strategy was ‘mission critical’ and stuff started to move.

“We talk a lot about culture and what we want our people to do in an organization, because we have to lead by example, and part of that is putting something out where you fail, and that failure isn’t really failure, it’s just part of the process that leads to the right answer. It’s a process to the solution, it’s not a point-in-time failure, and knowing this frees you up to take a few more swings. But leading well creates friction, if there isn’t friction you’re probably not leading well enough. And by that it’s implied you’re going to screw up.

“Sometimes our biggest mistakes actually arise from a desire to help the business. We can plan a recruiting team’s capacity, we know the model, but what typically happens is a manager comes along and says ‘hey can you take on these extra couple of recommendations?’ and we do, we try to stretch, but it waters down everything we do. We slow down, we lose focus, and because we’ve moved away from a model of ‘our recruiter can hire this many people in this amount of time’ for example, when you need to ask for more resources or investment, you go to management and they want you to 20 more. You say you can’t, and they say, ‘but you made this exception over there, why can’t you do it here?’

So whatever your good intentions, feel comfortable in sticking to your guns…

“So whatever your good intentions, feel comfortable in sticking to your guns around your model. It’s not to be inflexible, but to allow the business to resource you the right way. You can say ‘oh, you want to hire 50, well we can only do 40, so who are the very best 40?’ The by-product of those constraints is prioritization in the company around what you go after. In the end, you hone in on the jobs that are most important.”

It’s only being comfortable with the bungling that leads to that kind of self-confidence, and for better or worse, it is perhaps the title of another self-help book that best encapsulates Diana’s professional philosophy in one mouthful, which is to Fail, Fail Again, Fail Better.