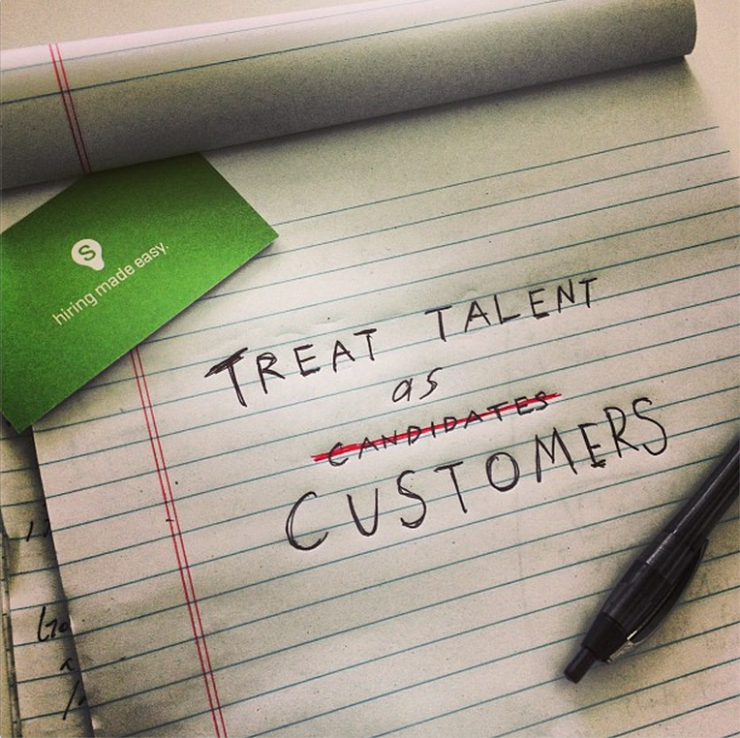 I asked 10,000 active job seekers for feedback on the habits, emotions, and needs they develop during the job search process. While their responses varied, one response stood far above the others. It wasn’t technology to help them find jobs or advice on how to improve their resume. It was far simpler. Stop reading for a moment and try to guess the answer.

I asked 10,000 active job seekers for feedback on the habits, emotions, and needs they develop during the job search process. While their responses varied, one response stood far above the others. It wasn’t technology to help them find jobs or advice on how to improve their resume. It was far simpler. Stop reading for a moment and try to guess the answer.

Carson, a job applicant to Qbase, summed it best when he said: “Better feedback would make the entire process infinitely less depressing – I can handle rejection just fine, but not knowing why, or even if you’ve been turned down for a position can be very disheartening.” In all fairness to Qbase, Carson was a happy applicant. He continued by saying, “I really appreciate what you guys are doing – the jobs I have applied to through your website have been some of the easiest applications I have completed.”

Candidates give a lot when they apply to a job. It takes time to target and research who they want to work for, to write a message expressing their interest, and to complete the application and submit their resume. During that time, their emotions move from anxiety to determination to relief and finally to anticipation. What do most get in return? Just an automated message.

The truth is hiring teams often get too many candidates to go through them all in a timely manner. We can live with the fact that sometimes a job ad stays posted even after a candidate has accepted an offer. We may accept that candidates who apply during that time don’t get properly evaluated because they applied too late. It takes discipline to treat everyone fairly and frankly HR systems were not built for that. They never have been.

HR systems have been built predominantly with one user in mind: the recruiter. Not the candidate and not the hiring team. This is a costly mistake, not just from a karma standpoint vis-a-vis the candidate, but from a recruiting standpoint too. SmartRecruiters calculates that 1 in 12 candidates get invited for an interview. That’s 8%. 92% of candidates never get called back. Let me explain why not getting back to candidates inflates the recruiting budget 12 times!

Consider this example: A well known tech company told us recently that they needed to hire 700 Java developers in 2015. Can you estimate how much this will cost in job ads alone? Job board costs average $20 per candidate in IT, it takes 12 candidates per interview, and almost 6 interviews per hire. For 700 hires, the expected cost is $1 million. If you opted for a head hunter, then you’re looking at north of $14 million (700 developers * $100,000 salary * 20% of the 1st year’s salary). Either way, these millions are an avoidable expense.

What if the tech company had an HR system that told them: You have an ecosystem of 800,000 people who expressed interest in working for you in the past. Among them 40,000 are Java developers. Get a head start by reaching out to them, and post jobs in order to grow your ecosystem of applicants. Now’s that’s proactive recruiting.

The only way this would have been made possible was if the hiring team had established a relationship with their candidates. It’s insulting to the candidate to reach back when they’ve started a communication thread months ago that was left unanswered. This logic influenced SmartRecruiters to move beyond the traditional ATS and build the hiring success platform that goes way beyond giving feedback, it forges an honest dialogue between the candidate, the hiring team, the community manager, and smart notifications from the system. This doesn’t just bring back humanity to recruiting, it also creates a community of support and a thick pipeline of talent to the hiring team.

Roy Baladi is a Product Manager at SmartRecruiters building the talent engagement app.