Job Creation Starts with the Employed

I’m often surprised when I’m discussing the economics behind jobs and unemployment and how disengaged and disinterested most Americans are.  I hear things like, “It’s not my problem.  I have a job.”

Yep, I get it.  You have a job until you don’t.  My family has been there.  And when you don’t have a job that is, your whole world changes, your priorities shift, and reality comes crashing in.

This focus phenomenon is called hyperfocus and is a common among those that are diagnosed with ADHD.  I believe the American public is hyperfocused, avoiding the subject of the economy, unemployment, and job creation. Instead they are focused on themselves, their current finances and their own personal economic recovery.  An idea I also understand especially being a parent of a three year old daughter.

For those with ADHD, hyperfocus happens when an individual becomes so immersed in a task that they are oblivious to everything else going on around them.  Imagine a man writing a book in his living room focusing completely on the task so much so that he isn’t even aware that his house and surrounding rooms have caught fire and are burning around him.

That’s exactly what I believe employed Americans are experiencing when it comes to jobs creation, even given this current economy. Job creation’s role in the welfare of our economy cannot be underestimated.

The short story is that 12.7 million Americans remain unemployed even with employers actively trying to fill 3.5 million open jobs. If we are even remotely interested in the future success of our economy and country, job creation has to happen (filling the open jobs and creating more jobs) in order for the economy to grow at a faster rate so that our citizens can prosper as a nation.

Gallup also provides an interesting measurement on underemployment which refers to those that are working part time but looking for full time work.  Their numbers for January 2012 list their figures at 19.0%, which is significantly higher than the reported Labor Department’s unemployment rate for that same month in at 8.3%.

But it’s not just about unemployment, it’s really about the job creation within our economy.  Given the current economic growth trends, twenty-one million new jobs must be created in order for our economy to break even by the year 2020.  The problem is that many of the current skills will not be in demand (the worker must prepare to adapt), meaning that organizational leaders, school educators, and the human resources industry must step up to help develop, train, and educate our future workforce for the skills they will need to be successful in the new economy.  Job creation starts with You. 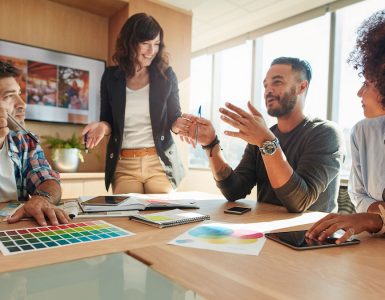 How to Make Your Employer Brand Shine on a Career Site

Hiring isn’t getting any easier. Today’s talent acquisition teams must do everything they can to attract candidates, convince them to apply, and keep them engaged until they show up on the job. In a competitive marketplace for talent, a strong...