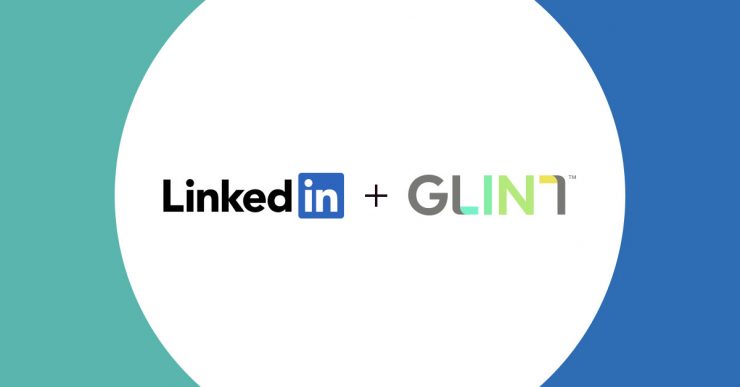 LinkedIn Acquires the Employee Engagement Platform and Announces Overhaul of Recruiting Tools – All in One Week!

The social network, now under the wing of Microsoft, continues to acquire startups, and expand its offering.

Why build it if you can buy it? Founded in 2002 LinkedIn, the world’s largest business networking site has acquired a total of 21 companies in its assent to eminence. A number which includes three acquisitions since becoming a subsidiary of Microsoft in June of 2016; with the latest prize, Glint – an employee management platform – announced on Monday.

With almost 600 million users to date, LinkedIn has made no secret of wanting to expand their reach into phases of the employee lifecycle beyond hiring, and Glint is one more acquisition, in a long line of acquisitions, that will help them do just that. CRM and employee education are two examples of areas where LinkedIn is hoping to engage companies and boost profits, and now, with Glint, employee engagement is likely to be the third.

Since its launch in 2013, Glint has raised $80 million in the past two years and, in the latest valuation, was estimated to be worth $220 million. Microsoft, however, was willing to shell out almost twice that amount purchasing the startup for $400 million reports CNBC.

Glint’s mission is to help organizations, and managers, turn employee feedback into actionable results through surveys and data collection. Basically, it helps employers understand if their workers are happy, and in the current economy where tech talent is scarce and flighty, that’s actually vital information to know.

LinkedIn itself was a former Glint customer, naming the platform as a “top startup” for the last two years. The VP of talent solution, careers, and learning for LinkedIn, Daniel Shapero, says of the merger, “I’m so excited for the potential of what we can do together. We believe that Glint has uncovered a modern HR best practice that every company should do: Regularly gather employee feedback on work, culture, and leadership, and give leaders the tools they need to translate those insights into action.”

Glint will continue to operate as a salient entity under the leadership of the current CEO and founder, Jim Barnet, and no disruption in service to current customers is expected during the integration, which is estimated to take between 12-18 months.

On the heels of the Glint news, LinkedIn also announced that it will double down on what it’s known for – recruiting! With a total rebuild of it’s recruiting suite which will include “Talent H” an ATS for small-to-medium-size businesses as well as sourcing tools with diversity insights. A strong message to rising competitors like ZipRecruiter and Facebook that LinkedIn isn’t afraid to innovate, and a 130 percent spike in profits reported at the end of its fiscal year in June means they have the money to do it too.

“We’re not operating under the same rules as before,” John Jersin, LinkedIn’s VP of Talent Solutions admitted in a recent interview. “Candidates can be found online, and the process is more agile [than it used to be]. So we are evolving our product roadmap to [match] the talent ecosystem.”