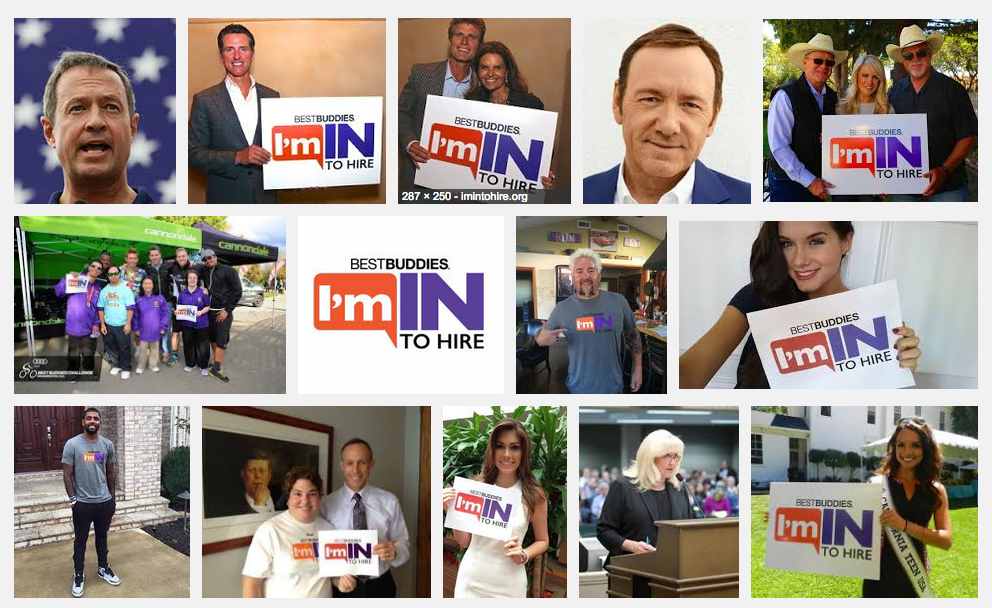 Some of the world’s largest companies have launched initiatives to hire individuals with intellectual and developmental disabilities (IDD). For many businesses, it may have begun as a philanthropic project or public relations effort to repair their images in the community.

But these employers, large and small, are amazed to find that hiring these individuals amounts to far more than a feel-good gesture. It amounts to a smart business decision with enormous dividends.

Companies are rewarded with loyal employees with resilient work ethics and positive attitudes that are instilled into the entire team. The work environment becomes more inclusive and customers who frequent these businesses even report higher levels of satisfaction.

On the flip side, when individuals with IDD are employed with a paid job in the community, they no longer depend on the government for assistance. Instead, these individuals draw an annual salary as high as $40,000, pay taxes, and contribute to the overall economy. Employing people with IDD has the potential to save the U.S government hundreds of billions of dollars on an annual basis. Isn’t that good business?

Reaching a Goal of One Million

We are calling on employers large and small, across all industries, to commit to hire individuals with IDD to help us reach our goal of getting one million unemployed individuals with IDD off the sidelines and into the workforce over the next 10 years. We cannot achieve this goal without a global team effort.

Since officially launching the “I’m In to Hire” campaign on October 7, we are proud to share that more than 100,000 pledges have been made, spreading awareness and recognizing the contributions that all of us can bring to a more inclusive  workplace. Business leaders, celebrity champions and elected officials from across the nation have pledged their support, while employers, employees, friends, family members, and individuals with IDD have also shown their support on social media and by taking the pledge.

More than 8 out of 10 working-age adults with developmental disabilities do not have a paid job in the community. This is shameful and unacceptable. The impact these individuals have made on our society is beyond exceptional and the workplace should be no different.

The “I’m In to Hire” campaign is challenging all of us around the world to open our minds and consider people with intellectual and developmental disabilities as qualified, dependable employment candidates—not just because it’s the right way to think about this largely untapped talent pool of skilled workers, but also because it is a smart business decision that can improve a company’s bottom line.

Founded by Best Buddies International, “I’m In to Hire” aims to unify the voices of employers and employees alike in support of hiring working-age individuals with IDD. “I’m In to Hire” is not only about social change. It’s about opportunity, inclusion and recognition of great talent.

In the United States, an estimated 71.4 percent of working age adults are employed. By comparison, only 15 percent of working age adults with development disabilities hold paid community jobs. Americans take in an average hourly wage of $20.46. Those with developmental disabilities who are employed are lucky to make $8.50 an hour. Those working in group-supported jobs are paid even less, often times far below the national minimum wage of $7.25 per hour.

We at Best Buddies Jobs are proud that so many of our employees are working as data entry specialists, receptionists and much more at high-profile companies such as Silicon Valley Bank, Seyfarth Shaw and Natixis Global Asset Management, making a salary as high as $40,000 a year and receiving full health benefits—and changing the workforce for the better.

The fact is, the profile of a worker with IDD reads like that of an ideal employee. Employees with IDD are often described as dependable, engaged, motivated and highly productive. Positive reactions from employers abound. Employers report a positive experience, with preconceived challenges being far greater than what they actually experienced.

A 2014 Institute for Corporate Productivity (i4cp) research report, “Employing People with Intellectual and Developmental Disabilities” surveyed several corporations who currently employ people with IDD and they reported the following benefits:

Our work is far from done; In fact, it’s just beginning. We’ve rallied to raise awareness, and we need to continue to build off of the momentum we’ve created. We are asking corporations across the globe to embrace this initiative by hiring people with IDD within your organization or place of business. You can also help promote this campaign by visiting our website.

We believe in giving back to our communities in ways that create productive citizens. Sometimes that means changing the way we think. Today, that means a simple declaration of “I’m In to Hire.” Tomorrow, that means making good on this promise.

This article was written by Forbes Contributors Carlos Slim Helú and Anthony K. Shriver and was legally licensed through the NewsCred publisher network. SmartRecruiters is your workspace to find and hire great people.