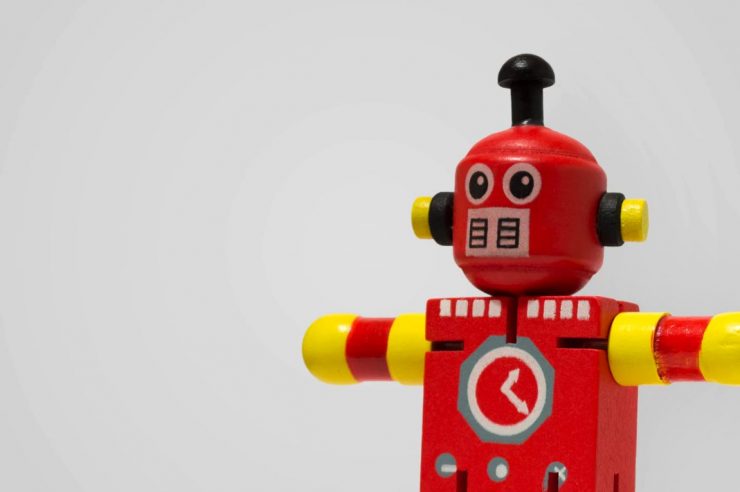 Could Recruiting AI Combined with Old-School Psychology be Technology’s Next Evolution?﻿

With so much focus on how machines will automate recruiting, one researcher argues we cannot overlook the importance of human psychology as a crucial machine learning tool.

Given the amount of sci-fi films released in the last three decades involving robot uprisings, it’s clear that humans often cower in the face of machines’ intellectual superiority. However, the crux of many of these movies is that humans often win against Artificial Intelligence (AI) thanks to our creative problem solving and empathy. We point to this distinction to reinforce the idea that human labor is more valuable than robotic automation, particularly for tasks that require emotional intelligence.

This logic applies to make the argument why recruiters are indispensable to the hiring process. Whereas machines are capable of carrying out defined tasks, humans can differentiate nuances between candidates, allowing them to determine the best fit for any given role. Nevertheless, this hasn’t stopped the rise of AI technology within talent acquisition.

Industrial psychologist Dr. Charles Handler believes that organizations will fully automate, and enhance, the applicant selection and screening process by combining deep learning AI with the science of psychology. Dr. Handler sees greater potential for machines and humans after combining forces. “While a computer can beat any human at chess 100 percent of the time,” he says, “a computer and a human playing together can beat even the most advanced chess computer.”

Experts like Dr. Handler believe that automated predictive hiring decisions will soon be able to achieve near 100 percent accuracy. This means that an AI assistant or chatbot will choose candidates with infinitesimal margins of error.

In theory, this could replace an entire recruiting staff and automate the majority of HR functions, leading to billions, if not trillions, in bottom-line savings. AI assessment software like SmartAssistant, Zoom.ai, Textio, and Ideal are already in use at many forward-thinking companies. What’s more, high-impact teams are 6x more likely to use AI, predictive analytics, and other tech solutions to make data-driven decisions over their lower-performing counterparts. Research indicates that top performers see 18 percent higher revenue and 30 percent greater profitability compared to those that don’t use these tools.

In some ways, current AI technology is reminiscent of the droids in Star Wars: Attack of the Clones. Much like the simple robots themselves, basic AI can complete programmatic tasks like keyword or image recognition, but fall short when facing certain, more complex operations. The droids have no problem volleying lasers in gigantic battles, but once an enemy gets up close, these droids struggle to hit the broadside of a barn.

Currently, recruiting AI can scan a resume to identify patterns and compare against pre-programmed “high-performing employee” profiles. The model then predicts if the candidate will be successful based on the amount of matching criteria. Today’s AI models are still leagues away from watching and evaluating candidates through video interviews or more traditional face-to-face interactions.

Dr. Handler believes that these shortcomings could be solved if engineers were able to develop deep learning AI with an advanced understanding of human psychology. He argues that machines currently follow guidelines much more efficiently than humans, but cannot make value judgements about their decisions. By somehow “teaching” machines elements of human psychology (i.e. empathy) and assigning meaning to their behaviors, automated processes like candidate selection would look, and feel, more human.

“For hire-bots to be able to do their job as well, or better, than humans, they are going to have to understand individual differences the same way that humans do,” says Dr. Handler. “In other words, to be truly game-changing, hiring assessment AIs are going to have to think like psychologists.”

In this sense, “thinking like a psychologist” means the bots must base their analysis on psychometrics, clinical measurements of knowledge, abilities, attitudes, and personality traits that determine an individual’s true self. Hypothetically, by combining this measurement criteria with programmed professional judgment, an AI model could spot individual differences between candidate profiles without ever looking at resumes and decide which candidate would be the best match for an open position.

Counter to these utopian ideas are ethical arguments criticizing recruitment AI tech. One argument warns how genetic data could factor into hiring decisions, introducing a previously unfathomable bias. Another fear from critics is the idea of AI “cyber-snooping” on social media to create potential candidate profiles for a position. Despite these concerns, Dr. Handler appears confident in the future of recruitment AI.

“There is a lot to be gained by using AI to help psychologists to better understand individual differences,” he argues. “So, when creating the hire bots of tomorrow, don’t forget to include good old-fashioned psychology into the mix.”