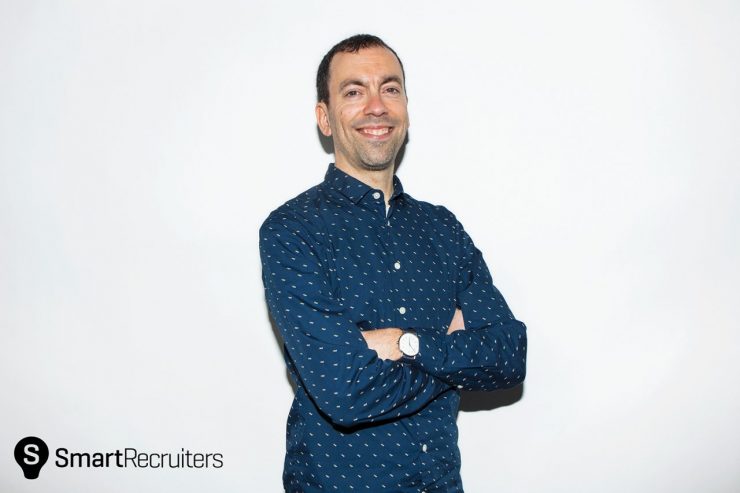 Ready Player One: How to Build a Triple-A Team According to Ubisoft

Eric Theriault is the eyes and ears of hiring at Ubisoft Montreal, the largest game development studio in the world. Here’s how he recruits for the most successful video-game titles on the market.

By 2022, the video game industry is expected to be worth over $230 billion. And sat among industry giants Nintendo, EA, Activision Blizzard, Tencent, Sony and Microsoft, is a development studio with roots not in Silicon Valley, but rural France. Founded in 1986 by the five Guillemot brothers, Ubisoft now comprises over 10,000 employees in 27 studios on six continents.

True to the company’s French origins, Ubisoft planted its New World flag in Quebec. Located in the cultural and artistic hub of Montreal’s Mile End district, Ubisoft had its first commercial success with Tom Clancy’s Splinter Cell in 2002, and continues to produce many of the studio’s biggest — known as Triple-A — games to date, including not only other titles in the Tom Clancy franchise, but hits like Far Cry, Assassin’s Creed, Prince of Persia, and the Watch Dogs series.

In 2017, Ubisoft outstripped its projected earnings by $31m for a Q3 total of $898m, and maintained equally ambitious projections to finish out the 2017–2018 fiscal year. With sales on the Playstation 4 and Xbox One platforms driving nearly 70% of the company’s annual earnings, Ubisoft is in prime position to reach its 2018–2019 target sales goal of $2.6b. Clearly there’s gold in the gaming industry’s proverbial hills, bringing wave after wave of fresh creative talent to Ubisoft’s Montreal office, in hopes of making a name for themselves.

For Eric Theriault, this means there is no shortage of applicants overflowing his inbox. As Ubisoft’s Talent Acquisition Specialist, with a decade of experience in print media and radio broadcasting, Eric has been sourcing and hiring Administrative, QA & QC, Design, IT, and User Research positions for the company’s biggest projects since 2009.

Eric recently sat down with SmartRecruiters to talk about the challenges of recruiting in the games industry, the importance of team dynamics, and why being a gamer is important to Ubisoft company culture.

What skills carried over from your media background into recruiting?

Being around creative people and managing expectations and personalities. Also communication — you need it as a recruiter. You’re constantly contacting with a lot of creatives and collaborating with hiring managers.

Where should recruiting fall on a CEO’s list of priorities?

At Ubisoft, and Ubisoft Montreal specifically, we’re far from the point where we need to convince our upper-management team of the importance of it. We’re upwards of 3,300 employees at the studio and we’re still growing. We know the talent it takes to develop good games. It’s a lot easier for us — and for me — than perhaps for others at smaller companies.

What are some challenges you face in recruiting for the games industry?

It’s a very competitive field, worldwide, but being in Montreal, we find ourselves in one of these gaming hubs.

I hire a lot of designers and it’s a very subjective form. You can meet one candidate, someone thinks this person is great, the test scores were great, but he or she doesn’t quite meet the expectations of a certain project — be it a puzzle game, a first-person shooter, or an open-world game. We try to find the right match for the right type of job position and that can be a challenge.

Can you say more about specific challenges you face when hiring for specific roles?

Take scriptwriting for example; I’m not sure how much time I spend staying in touch with writers from just about everywhere, who want to transition into the games industry from a television or film writing background.

Some people will tell me ‘I love writing, I can write anything.’ But at Ubisoft you’ll have to play the game, invest with our designers and the art team. It’s critical you have a passion for the product. Scriptwriting for games is an interactive process. We work on the biggest, highest quality titles that take about 4-5 years to develop.

How much do you value a candidate’s soft skills?

There are a few positions where it’s a little less essential, but generally, soft skills are huge. We have technical design directors that collaborate with every single person on the production floor. We have huge teams in Montreal, probably 300–400 people when in full production, and they all collaborate and communicate.

Any advice for new recruiters just getting started?

Never forget as a recruiter that it’s about the people. I keep it human and that’s why I have a good relationship with candidates and the people I get in touch with. I think that shines through at the end of the day, so it’s important to never forget the human aspect of the job.

What does ‘Hiring Success’ mean to you?

I think of the end goal — that’s Hiring Success. If I’ve hired a great person for the role that helps the success of the studio or a project, be it a Rainbow Six or Assassin’s Creed, and I played a part in helping them create a fantastic game, that is Hiring Success.