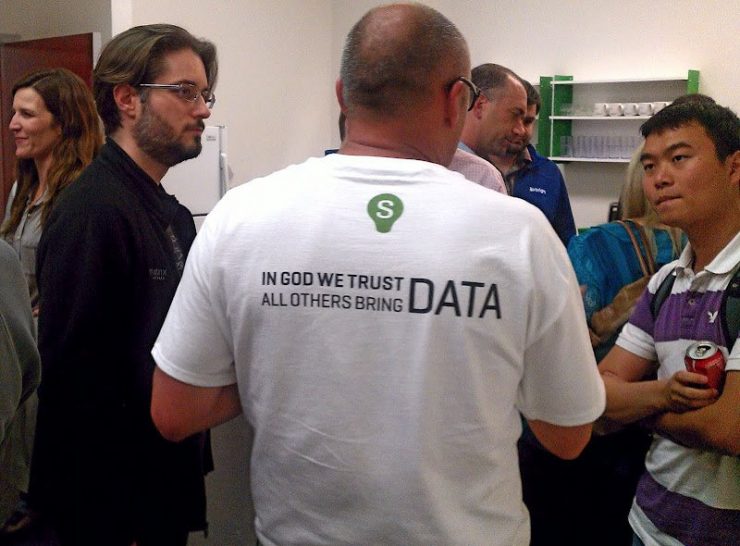 Big Data could be that next big step in recruiting. “SmartUp: Big Data Recruiting” became a platform to facilitate the discussion between the panelists (Founder of TalentBin, CEO of Bright.com, Founder & CEO of Traackr, and CFO of GoodData), technology professionals, internet enthusiasts, and recruiters.

Check Out the Video!

Akio Aida (TalentBin): It’s an interesting debate where you’re trying to understand what’s professionally relevant and how do you take all that information on the web and make in relevant to the recruiter.

Heath Allen (SimplyHired): It is going to be the engine which drives the entire recruitment process.

Evy Wilkins (Saygent): I think that its just quite simply making it easier to find people you didn’t know existed.

Pierre-Loic Assayag (Traackr): So much insights on the people that you have in front of you, that to me, is the real power of the data.

Matthew Kopjak (GlassDoor): I really think big data is going to change recruiting, basically the core of it is going to allow recruiters to make better and more informed decisions.

Marc Watley (Reppify): Its all about what we do with that data and how we make sense of that data that’s going to help recruiters truly find those passive candidates they’re looking for and also to intelligently evaluate the candidates they do have coming in.

Sabrina Urrutia (Renew Magazine): Well I definitely learned that there’s great work out there, tools out there, that can be used to find the most suitable candidate or at least bring down the number of candidates that you can work with.

Steve Goodman (Bright.com): That’s the way it goes both ways so we can train the algorithm to say you’re never allowed to look at the name, and a human evaluator always looks at the name first.

Pierre-Loic Assayag (Traackr): This is the conversation; when you’re able to show that Muhammad is actually a much greater programmer because the data is there to prove it.

Derek Skaletsky (Traackr): I imagine big data might drive some more quantitative decision-making around recruiting rather than qualitative.

Steve Goodman (Bright.com): Generally speaking, our job is to put the right people who have the best chance to move forward with us.

Akio Aida (TalentBin): You really have to interpret (that data) to make it relevant to the user.

Pierre-Loic Assayag (Traackr): The idea of zooming into the information and finding the signal in this sea of noise is the way to go.

Keith Halperin (AMD): I think it is going to allow an opportunity to get a lot more people more much more effectively than previously I have been able to do before.

Evy Wilkins (Saygent): Yes and everybody should; if you’re listening to this you should come to the next SmartUp, and get smarter.

Check Out the Next SmartUp: Facebook Recruiting, featuring BranchOut Founder & CEO Rick Marini, GlassDoor Founder & CEO Bob Hohman, & SmartRecruiters Director of Product Marketing Amy Craig.  To stay up to date, join the SmartUp Meetup Group, and like us on Facebook.