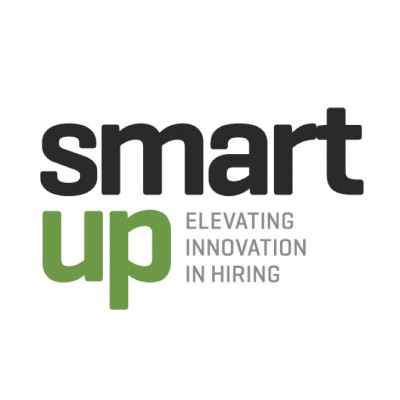 Big Data! With more and more information attributed to individuals on the web, the recruiting industry must adapt. Gartner defines Big Data as:

“Big data is a popular term used to acknowledge the exponential growth, availability and use of information in the data-rich landscape of tomorrow.

The term “big data” puts an inordinate focus on the issue of information volume (in every aspect from storage through transform/transport to analysis).”

To elevate innovation in hiring, SmartRecruiters started a monthly series called SmartUps. The first SmartUp was on June 6, 2012, Big Data Recruiting. The panel:

Each company presented an invaluable perspective.

Traackr measures reach, resonance and influence to create lists of the online influencers on any topic. “Traackr finds people who matter (e.g. IPA or cell phone hacker influencer). How can HR/Recruiting use this info effectively?” asked Bob Lehto.

Bright.com aggregates data from social networks to match candidates to jobs. “The goal is to get a shortcut to the shortlist of candidates,” explained Steve Goodman.

GoodData provides a way for the end user to easily interpret user behavior with operational dashboards, advanced reporting and data warehousing. “GoodData is a company that helps you make sense of Big Data,” said Jerome Ternynck.

TalentBin taps into candidate information from a plethora of social networks to create a searchable database. In the job search, Peter Kazanjy said, “don’t be a needle in a haystack.” He also explained that while a LinkedIn Profile is useful, it captures only a fraction of the information candidates share online. At TalentBin, Peter aspires to make “a LinkedIn Recruiter for the entire web.” Big Data Recruiting is, as Pierre Loic put it, “Finding the signal inside this sea of noise.” He continued, “We need to be smart in how we get information. Doesn’t necessarily take indexing whole web.”

As more information is available online the challenge of choosing and presenting the relevant information for the employer / recruiter has never been greater. How do we consolidate the vastness of candidate information into a more accurate picture of each candidate?

TalentBin argued that, “Implicit web resumes are more important and relevant than the explicit resumes on the web.”

Bright.com has an upcoming product, called Bright Score (June 18th) that will give candidates a score, indicating how good of a match they are for a job. Attendee Walter Lee said, “Big data scoring needs to be “translucent.” Give a summary score but also provide details to instill confidence in your algorithm.”

After each panelist gave brief presentation, the SmartRecruiters office turned into a discussion, and attendees and panelists pulled no punches when Jerome Ternynck asked,  “Is more transparency going to lead to more or less discrimination?”

Pieree-Loic spoke of a distrubing French survey result: a person’s name alone can increase chances of getting interviewed by as much as 30%.

“An algorithm can disregard the bias that comes with a name,” added  Steve Goodman. SimplyHired’s Heath Allen suggested that more information of candidates could lead to more discrimination – they can just come up with another reason to not hire someone else. This debate struck the core of Big Data, does this macro aggregation of information – down to the most minute details – lead to the right information influencing decision making on the micro level? Saygent’s Evy Wilkins – in tagging herself as an eternal optimist – said, “Transparency will for sure lead to less discrimination in recruiting.”

Attendee Kevin McFall concluded, “Great debate on transparency not reducing discrimination in hiring process. Interaction is one way transparent; recruiters hidden.” More transparency is coming. Jerome Ternynck pointed out that the new Facebook Careers Tab by SmartRecruiters displays the picture of whoever posts the job.

“I really enjoyed the SmartUp. I have never been to an event where people can feel comfortable speaking their mind. A good job of making the guest feel welcome and comfortable!” said attendee Chase Delano.

“New tech makes it easier to cast a wide net and reel in the short list of candidates faster,” said Evy Wilkins. At SmartRecruiters, we aggregate – based on job description and location – the quantity and quality of candidates from the 67,000+ jobs we have posted to tell you where to post your next job. SmartPosting. Post a job now!

Thank You to All of Our Attendees: