Had you said the words “social media” three or four years ago, not too many folks would have known exactly what you were talking about. Oh yeah, Facebook has been around for about 9 years now and Twitter about 6, but within the last 2 years both have experienced an amazing boom! Let’s take the Olympics for instance; these games were the most viewed and talked about games ever, and how many times did the coverage say, “And so-and-so tweeted.” Each night NBC had a social media segment with Ryan Seacrest, breaking down the tweets, mentions, likes and interactions. McDonalds, Visa, and many other big brands won their own form of gold in these games, social gold. 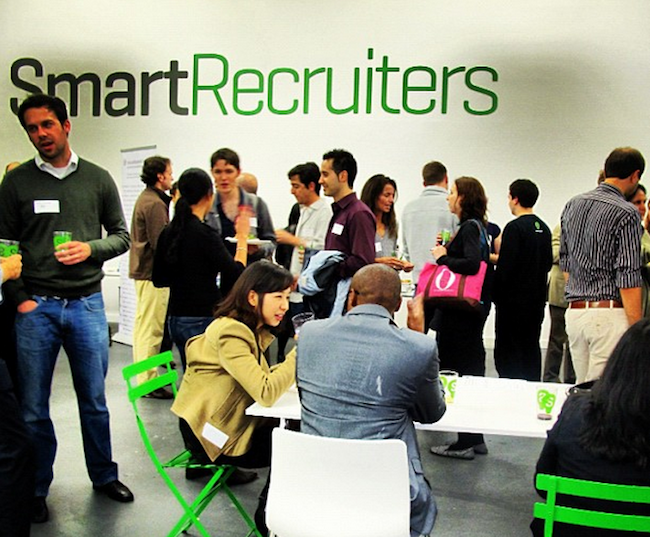 On most television programs you will see in the corner of the screen a “#” followed by the program title. The network wants you to get online and join the conversation about their show. At the end of most commercials you see a social media icon, and sometimes even 3 or 4 social media icons; Facebook, Twitter, Google + and/or Pinterest (the fastest growing of them all, especially among the women, “Hey ladies!”)

However other industries are taking note and paying attention to social media. Finally! Advertisers and marketers aren’t the only one’s using social networks more often, so are recruiters, sourcers, hiring managers and human resources.

Many job seekers are reporting employment success via social media, in other words people are being hired based on their LinkedIn, Facebook page, or blog (EDITOR’s NOTE: Volunteer this Give Labor Day to help job seekers improve their online presence / social profiles on Labor Day). More and more employers are sourcing for top talent through social networks. The word of mouth is spreading, the urban legend of being hired through one’s social identity and profile is occurring more frequently. As any good marketer will tell you good word of mouth is the best marketing campaign around.

Why should companies use social media to recruit?

Some of it is generational and some of it is just the tipping point. By using the term, generational – I’m not judging – only making the point, most new and fresh talent has grown up with some type of mobile technology, we used to call these cell phones but now they perform so many more functions, they are really mini computers. Jobs seekers use these iPhones and Droids to research companies, and even, look for work. Top talent wants to work for top companies.

In the “The Tipping Point,” Malcolm Galdwell’s explains, “The success of any kind of social epidemic is heavily dependent on the involvement of people with a particular and rare set of social gifts.” Employers that wish to attract, recruit and attain the best people must keep an eye on external forces and competition for these employees.

Social sourcing is a two-way street. As the economy creeps back to life, jobseekers are looking for the best place to work. They want their friends to see their progressive employer’s Facebook Page and Twitter Account. Everyone wants to work for an employer that (pays well and) supports responsible social engagement.

Chris Fields is an HR professional and leadership guy who blogs and dispenses great (not just good) advice at Cost of Work. Connect with Chris via email at chris@costofwork.com. Photo Credit Olympic.org