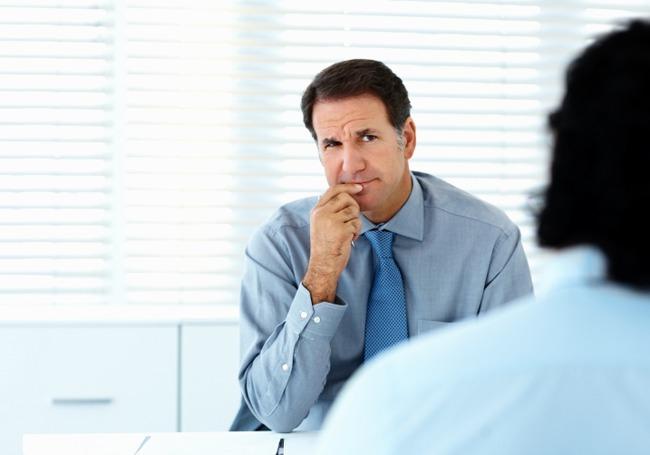 The job seeker of today needs a killer resume, an articulate interview, and a healthy dose of patience. Though the time from job application to offer letter has always seemed interminable to someone looking to secure a new role, a new study confirms that the job seekers of today do actually need to be prepared to wait longer for a job offer.

The job seeker of today needs a killer resume, an articulate interview, and a healthy dose of patience.

Though the time from job application to offer letter has always seemed interminable to someone looking to secure a new role, a new study confirms that the job seekers of today do actually need to be prepared to wait longer for a job offer.

In the U.S., salary comparison and job search site Glassdoor found that average hiring times increased from 12.6 days in 2010 to 22.9 days in 2014. Findings were gleaned from interviews with 344,250 employees across six countries, in which users were asked to respond to the question, “How long was the entire [interview] process?” as well as queries about industry, company, country, and job title.

So what’s taking so much longer? Glassdoor chief economist Andrew Chamberlain said the combination of additional tools for screening and evaluating candidates and the move towards a more technically-skilled workforce has lengthened the time needed to hire a candidate.

“We find evidence that every single one of the screens we collect data on contributes to longer hiring delays. Some of these screens are becoming more common in recent years, background checks and skills tests in particular,” said Chamberlain.

“The big picture reason, I believe, is because of the economy-wide shift toward higher skilled jobs that require more judgment and creativity and the decline in routine jobs that are easy to automate. You have to more carefully screen employees.”

Nationwide, hiring times vary significantly based on which industries are concentrated in a particular region. Washington, D.C., for example, has the longest hiring time of any U.S. city–34.4 days–due to the high percentage of public sector jobs.

“The top of the list for jobs that take longest are almost always government positions—police officers, patent examiners,” said Chamberlain. ”Many professors work at state universities. These are highly regulated hiring systems, for good reason—to prevent corruption and the appearance of corruption.”

Portland, Seattle, San Jose, and San Francisco all have longer hiring time averages as well, ranging from 23.7 to 25.3 days, likely due to the large amounts of technical workers being hired in those cities.

Miami, Florida, on the other hand, has the shortest hiring window, 18.6 days. Many of the jobs in Miami are low-paying positions in the hospitality industry.

Similarly, publicly-traded companies had longer hiring times than those that are privately-held–an average of five to 13 days longer. Franchises, meanwhile, tended to have shorter hiring times. According to Chamberlain this is due largely to the fact that these operations are usually looking to hire workers without technical skills.

Of note, the characteristics of individual job seekers did nothing to change hiring times. Chamberlain said that when responses were controlled for considerations like gender, education, and age, no change was seen at all–every variation was due to industry and an employer’s screening process, meaning that even the perfect candidate may have a long wait for an offer letter.

Despite the growth in U.S. hiring times, the window from interview to hire is still longer in other countries, largely due to market regulations. France, Germany, and the United Kingdom are all more heavily regulated than the U.S., and hiring in these countries takes an average of four to nine days longer than it does stateside.

Only Canada, with an average 22.1 day hiring cycle, has a shorter process.

But while hiring can never happen fast enough for someone on the job hunt, Chamberlain cautions that this situation isn’t entirely bad news, as a longer screening process can lead to a better fit and more successful match for both candidate and employer.

“Longer hiring delays are a two-edged sword. They can be inefficient and cost employers and job seekers money, but on the other hand taking longer to hire ensures a more carefully selected candidate.”

For employers looking to tighten the hiring process, he recommends zeroing in on the candidate screening process, focusing on what pieces are actually essential and eliminating others. Job seekers, meanwhile, should be prepared to go through a background check, even for a job one might not expect to have one.

“Today [a background check] is routine,” said Chamberlain. “They’ve gotten so cheap, and there’s so much digitized data on people, it’s an easy way to measure someone’s judgment and responsibility.”

This article was written by Kathryn Dill from Forbes and was legally licensed through the NewsCred publisher network. SmartRecruiters is the hiring success platform to find and hire great people.