Tamara and the New Millennials 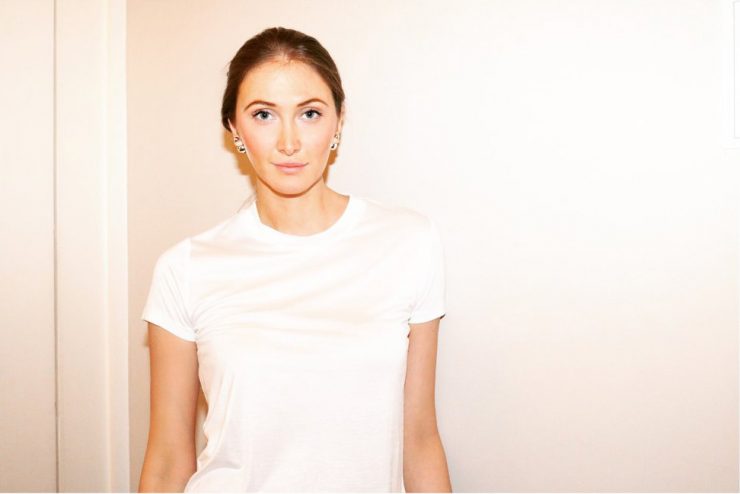 Growing up in a fractured city now coming into its own, this entrepreneur is a deep embed in the startup Mecca Berlin is fast becoming, and she’s bringing along as many exceptional young women as she can.

“After World War Two, it was women who cleaned up Berlin,” explains Tamara Schenk, 28, palms absorbing heat from a coffee mug in a busy Mitte cafe; a building that, while decorated to look like the dark wooden benches have been here since Prussia, more likely went up in the mid-Fifties.

“When you look at old images from back then,” says Tamara, fingers framing a photo in the air above the table, “it’s women standing on top of the piles of rubble, because, most of the men, you know, were gone.”

Tamara arrived in Berlin at age three with her mother, and while she didn’t have to shovel any bombed-out concrete, she grew up as so many migrants do, watching mom scrape by to keep the fridge stocked and the heat on, building a repertoire of hard-earned street-smarts for later use.

“I learned everything from my mother,” she smiles. “Everything.”

These lessons have served Tamara well in setting herself a Sisyphean task: to roll out an incorporated organization and its annual business forum from scratch, in less than a year, and booking Hotel De Rome – “probably the most expensive conference space in the city,” she says – before the first speaker was even confirmed.

Risk-aversion doesn’t much apply to Ms Schenk, in founding what she decided late into a sleepless night to call Koa: a Hawaiian term connoting bravery, boldness and being without fear, which would work to place female candidates into the jobs they want, the jobs they deserve.

Back to that shortly. Because as Tamara speaks, whether consciously or not, it is apparent that with the inaugural Koa Conference’s success, her Berlin journey has mirrored the growth of the city itself. 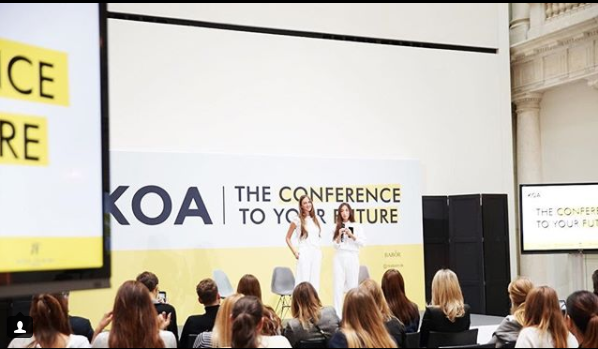 Post-Reunification, post-European Union, Berlin’s gone through distinct phases of attracting a particular kind of denizen. While there will always families like Tamara and her mother who arrive out of economic necessity, twenty years ago Berlin’s image to the outside world was a European capital in the red, derelict GDR warehouses offering artists and other Bohemians a pleasant decrepitude of consistent semi-anarchy. Berlin’s current creative vibe has grown up a bit, more innovation in code than murals or watercolours, luring venture capitalists to dump €2.4 billion into this buzzing hive of 3,000 startups last year, according to Ernst & Young.

In Tamara’s lifetime, the German capital has trundled along from Cold-war pariah, economic basket case, hip but scruffy slumdog, to what many hyper-connected, finicky Millennials acknowledge as the world’s new capital of cool.

It’s into this new, nimble Berlin that Tamara launched her first Koa Conference last October, which seeks to place the bravest, boldest and most fearless young to mid-level jobseekers into the best companies. But even with its hipster certificate – and the rising rents and snobby coffee shops to prove it – Berlin’s business culture still suffers the same setbacks as other major cities.

“Sexism is a huge problem,” says Tamara, explaining why she’s focused solely on placing female candidates who “may otherwise not have had the courage to reach higher, or thought they could achieve as much as they wanted because they were female.”

As mediator and mentor, Tamara assures as much as she can there’s no gender discrimination in getting any of whom she refers to affectionately as “her girls” into the best posts suited to their skills. Yes, the gender ratio in leadership roles is still heavily skewed to XY chromosomes, but, Tamara reassures, “there’s no shortage of male bosses interested in what we’re doing.”

Why Berlin’s tech scene has exploded to this degree has much to do with Germany’s manufacturing sector looking to digitize their services, and while the idea that Brexit might steer some UK-based startups from the Thames to the Spree has proven premature, if Berlin is going to carry on growing, there’s still only one global business language.

“I think some people were upset I held the conference in English,” says Tamara, tilting her head to the side as she thinks, “but Berlin is an international city now. If the Koa conference was in German we wouldn’t have attracted near the numbers we did.” (For a first symposium from a first-time symposiator, 200 attendees and 16 speakers ain’t bad at all.)

Recruiting and its derivative industries haven’t been, traditionally, the most glamorous career choices, but with social norms leaning more progressive, especially in places as open, agile and multicultural as Berlin, Tamara has not only filled a niche, but caught the tail of the zeitgeist as well, and is taking the greatest challenge of our age – gender equality and diversity – into where it matters most, to most people: getting a job.

This mission of landing a post you’re qualified for without being hindered by gender, race, religious implications of your name or anything else may not quite be Sisyphean, though the boulder is definitely still being rolled uphill.

Speaking to Tamara, along with all her confidence and commitment, it becomes clear that the fight, the long odds, are part of the attraction, the reason, she’s chosen to do this.

“You know,” she says, finishing her coffee. “Koa also means warrior. All my girls are warriors. And we are unstoppable.”