The Battle for The Professional Network

SmartRecruiters open SaaS recruiting software offers candidates many ways into businesses’ talent pipeline, including buttons to apply for a job by using your LinkedIn or Facebook profile. Since the last time I analyzed job candidates’ preferred means of applying with their online profile (“To Be LinkedIn”) a lot has changed. The battle for API integration and users has intensified like a Duel in Deadwood. What has not changed: how people apply to jobs is a good indicator of where people prefer to store their professional information.

Google+ reached an estimated 20,000,000 users in three weeks, Facebook made an “Awesome” video chat announcement, and LinkedIn has overtaken MySpace as the second most popular online network (I know what you are thinking: (1.)  How did MySpace remain the number two visited Social Network until last week? And (2.) Justin Timberlake now owns MySpace?).

Let’s go into the back office and take a data driven approach to how candidates have been utilizing their social network profiles to apply for jobs. Below is the activity of applicants through the two most powerful social networks, Facebook and LinkedIn, within SmartRecruiters’ recruiting software.

The overall trend of applying using social network profiles (which was hovering around one sixth of the applicants in the beginning of 2011) has inched closer to one fifth of all applicants in the past three months.

From April through July, LinkedIn’s share of profile applications ranged from 10% to 14%, while Facebook’s share ranged from 4% to 8%. Notable is the month of June where direct applications from the two social networks moved in opposite directions with LinkedIn trending upward.

Since Facebook allows third party programs to recruit through their platform, the decline of incoming applications directly from Facebook profiles does not mean that the amount of recruiting on Facebook is declining. In fact, given that the largest job board just entered Facebook’s platform (Monster’s BeKnown) and BranchOut has raised $24 million in funding, I’d say some top dogs are betting that recruiting on Facebook will continue to increase.

When candidates use their social network profiles to apply for jobs, it takes less time to complete an application, encouraging higher quality applicants to apply while giving businesses the platform to view more verified skills and experiences than a resume. Simply, applying using  social network profiles is a trend far from reaching its peak at one fifth of the applicant share.

A story from early July captured my attention: “LinkedIn Cuts Off API Access to BranchOut, Monster’s BeKnown And Others For Terms of Service Violations.” Third party programs such as BranchOut, Work4Labs, and most recently, BeKnown, have been tapping into Facebook’s API and its 750 million active users to find candidates for open positions. LinkedIn paused its API access to BranchOut and BeKnown because “Charging fees for access to LinkedIn’s content, is a no-no.”LinkedIn continues to offer API access to other partners, including SmartRecruiters.

BranchOut minimalized the impact of LinkedIn’s decision by saying, “We consider the next generation platform for professional networking to be Facebook. Changes to the LinkedIn API have little impact on the BranchOut experience, as it was only being used by a small fraction of our users…”

Facebook allows the open use of their API, while LinkedIn has stricter terms of services conditions for API integration. However, with an estimated 115 million users, LinkedIn had 14% of the share of total applicants and a dominant 75% of direct social network applications within the SmartRecruiters platform in June.

On the other hand, Monster took LinkedIn’s decision to pause API access just a few days after the launch of BeKnown with dissatisfaction, “We are surprised and disappointed by LinkedIn’s decision, which we believe not only goes against the interests of LinkedIn users, but also contradicts what LinkedIn claims to stand for – openness and connectivity…”

Transparency, privacy, and profits rarely hit equilibrium together. How will LinkedIn’s strong stance against third party recruiting networks impact their share of candidates applying with their LinkedIn profiles in the short and long run? If LinkedIn’s stricter API integration policies protects and grows its share of the professional network, what is to stop Facebook (and its 750 million users) from imitating LinkedIn’s recent action? As Jerome Ternynck said, “How long will Facebook allow the development of social networks (BeKnown, BranchOut) on its platform?”

SmartRecruiters free recruiting software allows businesses to push jobs out to the top channels (social and commercial) in one click, as well as, the free management of all candidates from a single browser. 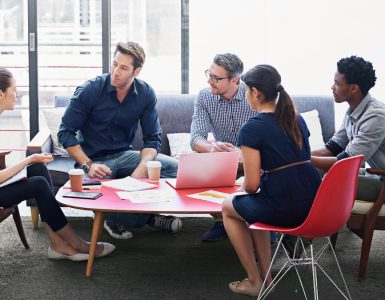 Leading a team through a major technology implementation is a career milestone. Implementing a new talent acquisition platform often involves months of preparation and focused coordination of internal and external resources. Every day, the customer... 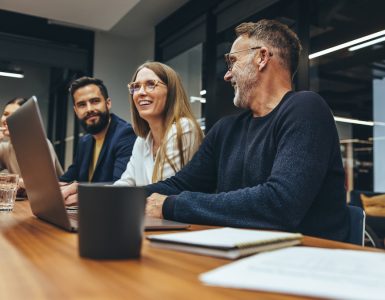