The Insidious Nature of the Sunk Cost Fallacy

It’s a concept that may be new to your ear, but you may have already fallen victim to it, and if so, you’re far from alone.

Are you someone who, rather than changing course on a project once you feel it may be derailing, continue dedicating yourself to it due to the time, effort and money already invested?

Maybe you recently hired Bill, only to realize after onboarding that he won’t fit, either with the company or in the position. But you keep Bill on staff. Maybe because you know it was your call and firing him would reflect badly on you, or maybe Bill is a nice guy and you would feel guilty for firing him.

These situations may not seem all that related – aside from a loose conflation of buyer’s remorse – but, in fact, they share a more insidious commonality.

As head of sales development for German-speaking regions of Europe, my job involves talking to a lot of HR executives, and even at that level, I hear the same refrain. “A lot of money has been spent on our applicant tracking system,” they say, “but hardly anyone on the team is using it, and at this point, it’s about as useful to my business as a Christmas decoration. In July.’’

These executives have two choices: Either stare at their skinny little Charlie Brown Christmas tree, forcing themselves to be satisfied because they paid for it, or, cut their losses and pony up the cash for a tree more to their taste, a fine, tall specimen that’ll inspire them to invite more guests than they’d planned on Christmas, just to stand and marvel at the thing.

Truth be told, it’s a great challenge for HRs to find a recruiting system that everyone in their team uses without needing to go back to good old Excel. Which is sad. And boring. And highly inefficient.

When you find yourself in a sunk-cost situation, take a second and think: “How much future stress am I going to save myself if I fix it now? How much time, money, and effort will be better invested if I make the change now?’’

My advice to them: Start building a case for implementing a Talent Acquisition Suite. The price paid should never indicate true value, and shouldn’t influence relevant future decisions, like switching to another solution after 1 month of use – to say nothing of that bad hire we spoke about up top. Even if we’re only talking about including third-party tools, we need to use every means necessary to make recruitment a competitive business advantage. Ideally, you will end up with one seamlessly integrated system that solves all these problems before they begin. Sorry you had to fire Bill. Maybe give him a nice little Christmas severance. All the best, Bill. 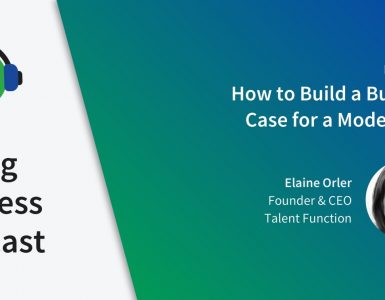 Jerome Ternynck and Elaine Orler shed insight on how to make a compelling case for new TA tech.

Employee productivity is crucial for a business to thrive, and this is never more important than when dealing with an SME business.  Day-to-day operational and overhead costs mean that employees need to constantly produce enough work to justify...

A Guide to Virtual Recruiting Success

Prior to the COVID-19 pandemic, numerous companies handled some elements of their recruitment process virtually. The lockdown of many states forced just about every business to shift its recruiting online. Even as the economy begins to reopen, many...