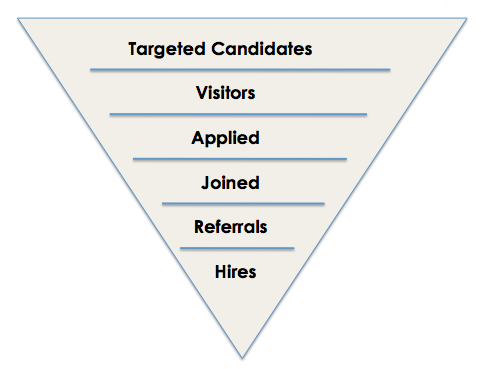 The Social “Irrigation Drip” of Recruiting

Social Media as a source of candidates is increasingly popular but regular, consistent results remain elusive for many employers. There’s some anecdotal evidence about social media successes in recruiting, but these are hard to replicate.  Also, what many employers call social media recruiting is nothing more than broadcasting jobs on social networks. Posting jobs on Facebook does not make the process social, and most recruiters use Linkedin like a job board – they simply search for candidates and then try and reach them. But that should be no surprise – trying to connect with prospective candidates socially is difficult and time consuming.

The goal is to form relationships with prospective candidates. The people you are trying to connect with through social media generally have expressed no interest in your jobs. Your task, should you choose to accept it, is to engage them in a conversation, which may result in a relationship over time, which may allow you to convince them to consider a job you have open. In case it wasn’t obvious just remember that a conversation is a two-way street. This is what it makes it social. If you don’t have anything to share then it’s near impossible to form a relationship.

There are no shortcuts here. If you’re not interested in or don’t have the time to form relationships then just send them an email asking them to apply for the jobs you have open and see how well that works… But if you do want to use social media to recruit, then one approach that we’ve found successful is the Irrigation Drip approach to building talent communities.

The basic concept is simple – it’s information gathering, one piece at a time. Relationships are formed one drip at a time. Think about any social relationship you have – it didn’t form in minutes or hours. It formed as you got to know the other party, and vice-versa. The goal is to slowly collect information on candidates through a series of social interactions.

This approach starts with a talent community that attracts candidates of the type you would like to hire. The Irrigation Drip is the process that feeds a database of prospective candidates. As you get more and more information on candidates, a profile emerges. Let’s illustrate this with an example of a situation where this was implemented for a client that provides high-level financial planning services. They wanted to recruit people that had 10+ years of experience in insurance sales, dealing with high-level clients, and capable of establishing long-term relationships. Here’s how information was collected through conversations in a talent community.

The conversations resulted from a series of blog posts around the topics mentioned. The idea is to convert (interview) questions into opportunities for sharing, or provoking participants into sharing the information you seek. In this example, we developed a matrix with a row for each “trait” and offered a number of ways to stimulate a response.
Stimulating or provoking responses can be as simple as writing or commenting on a blog posts.

It worked well – the company made 8 hires, at an average cost of $618. The effort took about 4 months, but the given the profile of candidates they were targeting it was worth it. Most of the candidates were people who would never have applied for the job.

One Drip at a Time

Making social connections is a very labor and time-intensive activity. This is why Linkedin is not much of a social network – the vast majority of connections people have are with individuals they know nothing about beyond what’s on the profile, mainly because there’s rarely been a conversation between the two. One of my best connections on Linkedin is an officer in the Israeli army. I have no idea why he reached out to me but I’ve got to know him pretty well as a result of email conversations that we’ve had where I helped him with his resume. I know of his family, his interests, his aspirations, and his goals and I was able to help direct him to a job with the UN since he was bored with what he was doing. That’s more than I can say about 90% of my other connections on Linkedin.

Recruiting through social media is not a catch-all solution for all jobs. Talent communities work best where they are narrowly focused and the members have a lot in common. That is, they have a lot to share and are willing to engage in conversations. It still takes time to draw them out but an employer that wants to build a community should adopt the Irrigation Drip approach.

Raghav Singh is a partner at The A-List, a Minneapolis-based staffing services provider that specializes in global recruitment.  His career has included work as a consultant on enterprise HR systems and as a recruiting and HRIT leader at several Fortune 500 companies. Raghav also works with social media vendor Cachinko.

Raghav Singh Partner at the A-List

Raghav Singh is a partner at The A-List, a Minneapolis-based staffing services provider that specializes in global recruitment. His career has included work as a consultant on enterprise HR systems and as a recruiting and HRIT leader at several Fortune 500 companies. Raghav also works with social media vendor Cachinko.