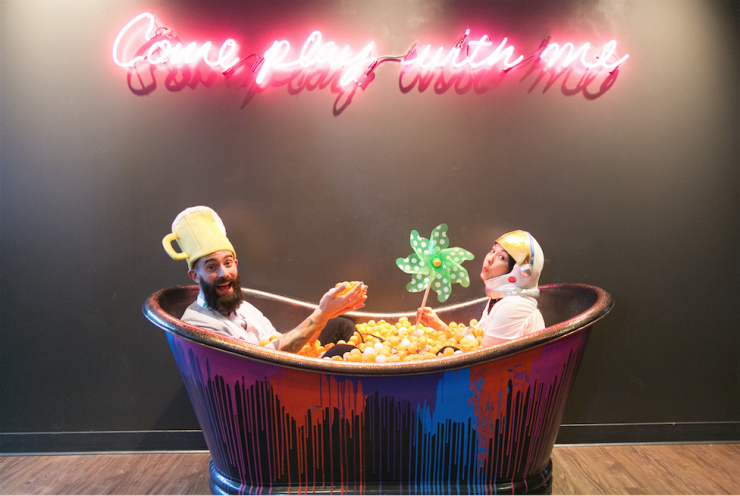 It’s going to be a busy three days at Hire18. How is a TA Leader supposed to prioritize what to see to get a company’s money’s worth? Relax. We’re here to help.

We feel you, apathetic TA folk. You’re an office dweller, and have been since before you realized your real dream was to be a cruise-ship captain. You’re good at your job, but with all this hot new HR Tech rolling around, you’re worried it’s only going to increase the crushing power your three-generations-old laptop has over you, which represents the inverse amount of power you seem to have over your development as a human.

Never fear, wayward recruiter and fragile earth cadet stuck somewhere in Montana. We know what we’re doing, and we know what you need.

First, let’s be honest, you’ll want to be able to talk about the big brand names you learned something from. And for that, we have reps from Adidas and Equinox to tell you how they built out some of their most memorable recruiting campaigns and storylines, all the while staying tightly on brand.

Second, and still on the future-brag big brand bandwagon, learn how IKEA and Bosch deployed their recruiting systems in over 90 countries, which will either make you feel like an irredeemable underachiever or put some fire under that ass to show Missoula, Montana how you do things in Bute.

Third, take a break from being so selfish and see how some of the attendees are giving back. Take Ava. and app that allows the hearing impaired to communicate with those who are sign-language impaired.

Fourth, let’s take it back to you, but the you that has to show your boss that sending you to San Francisco was worthwhile. For this, may we suggest taking a notepad to listen to Kathryn Minshew, CEO of TheMuse, where she’ll show you how to elevate your recruitment brand.

Fifth, to pretend that there is some kind of professional research justification for going on Facebook at work, you’ll be able to learn about the impact Facebook Jobs will have on its network of 2 billion people, and whether bigger really is better and if that’s a threat to you.

Having completed this mandatory checklist, feel free to mingle, hobnob, network, cavort, etc. Just avoid Instagramming any extra-curricular activities that tend to take place later in the evenings after these sorts of things. We know you’re never in San Francisco and it’s an exciting place and you want to celebrate, but you know your boss will be watching, and they probably want to catch you in a compromising position even less than you want them to witness any of your untoward behavior. So our last piece of advice would be to practice restraint, or at least leave your stupid smartphone at home and get into some analog trouble like you did in the old days.