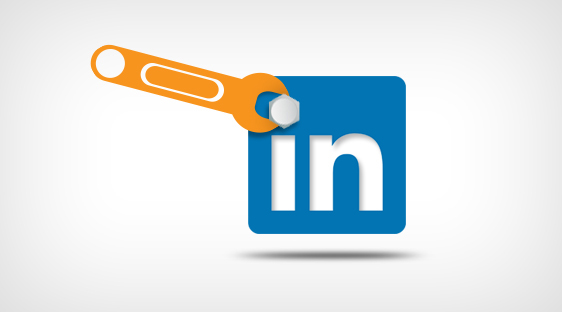 LinkedIn has come out with its fifth annual list of ten words that are most overused by its 332 million members worldwide. Again, the 12-year-old professional networking site cautions against profiles where people describe themselves as motivated, passionate, creative, strategic and responsible, driven to show off a track record that shows they are expert in their field. The message: Don’t use trite, empty words that may sound good to your ear but say almost nothing.

Think about it for a minute and you realize that most of these words are generic descriptors that any employer would take for granted. Merriam-Webster defines “creative” as “marked by the ability or power to create.” In other words, it means you can do stuff.

Instead of falling back on empty terminology, describe your skills and achievements in concrete terms. Don’t say you have a great “track record.” Instead say you cut the annual sales cycle by half.

To compile the list, LinkedIn sifted through the “Summary” sections in profiles worldwide, to rank how often each buzzword appears. There have been eight shifts since last year. “Effective,” “patient,” “innovative” and “analytical” have all fallen off the list, replaced by “motivated” (no. 1), “passionate,” “extensive experience” and “track record.” I’m scratching my head about what this means. Given the ever-increasing speed of digital communication, it’s not surprising that people are no longer patient, though I’d maintain it’s a virtue and has more meaning than the other buzzwords. It’s strange that “innovative” and “analytical” also didn’t make the top ten. To be sure, anyone can throw those words around, but do we not care about those skills anymore? As for the new words, it does seem like it’s in to be “passionate” about your work and how you live your life. Maybe with more people looking to change jobs in the reviving economy, people also feel like they need to emphasize their “extensive experience” and their “track record.”

LinkedIn also sent me a breakdown of the most common buzzwords in 21 countries, including the US, the United Kingdom, India and Saudi Arabia. There is a lot of overlap. “Patient” is gone from everyone’s list, while “effective” still shows up in Saudi Arabia, “innovative” in Australia, France and India and “analytical” in eight countries including Singapore and Sweden (but not the US). Mexico is the only place where people say they are making “continuous improvement,” possibly a positive sign for the country’s improving economy.

One good piece of advice LinkedIn offers: When you’re choosing words to describe yourself, consider the antonym. Would you ever describe yourself as unmotivated or inexpert? If not, leave the positive forms of those words off your profile.

I take issue with one word on the list: “responsible.” While it can be used in an empty way, as in, “I’m a responsible worker,” I also think it can be a concrete description of, well, your responsibilities,as in, “I’m responsible for all of our enterprise sales revenue.” What’s a better way to say that? I suppose you could say “in charge of,” but why use three words when one will do?

That detail aside, I think LinkedIn does a service by releasing its buzzwords list, reminding us all that we should use active, concise words to describe specific achievements.

This article was written by Susan Adams from Forbes and was legally licensed through the NewsCred publisher network. SmartRecruiters is the hiring success platform to find and hire great people.