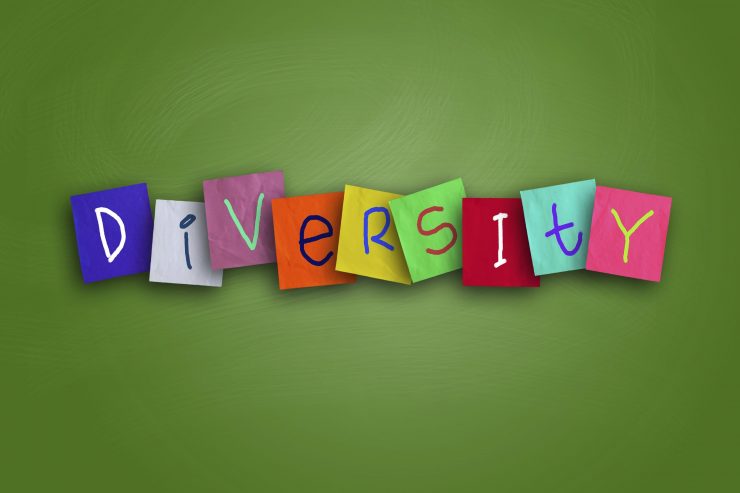 The Value Of Having A Diverse Workplace

In a recent poll, 20% of HR departments felt that attracting and retaining diverse talent, was one of the main hurdles that their organization is faced. It’s not that surprising that it would be a legitimate concern, considering the different benefits of having a diverse workforce. Diversity and inclusion have been hot topics in the Human Resource industry for years now. But nobody is questioning why it’s been that way for so long?

In a recent poll, 20% of HR departments felt that attracting and retaining diverse talent, was one of the main hurdles that their organization is faced.

It’s not that surprising that it would be a legitimate concern, considering the different benefits of having a diverse workforce. Diversity and inclusion have been hot topics in the Human Resource industry for years now. But nobody is questioning why it’s been that way for so long?

We all know that the world is not a perfect place. There are people (hopefully not leaders) that have biases that favor a group of individuals, and on the flip side, don’t include another group of people.

What those people should at least respect is that diversity in the workplace is vital to a company’s success and growth. Make sure that people are included and have a sense of being wanted from their employers.

The reality is that there’s a huge value of having a diverse workforce, and it’s up to leadership and employees to be accepting of having employees that are different in their own way.

Here are some of the ways a diverse workplace can be beneficial:

There’s research that has negative reasons behind the “positive” things or “benefits” of having an inclusive and diverse office.

One said that having people from different backgrounds allowed them to offer different language/s based on their cultural background. It may sound nice, but isn’t it wrong to assume that the person wants to be used solely for their linguistic abilities? Also, can’t a person from a different background learn that language?

One of the other reasons that studies found a diverse workplace “helped” was that it can help a business attack different market segments. That’s right, people say that if you have people from different demographics representing your company, it’ll help out reaching the customer base of that background.

The real reason having a diverse workplace is effective is because it allows employees to be more productive. The flow of ideas that comes in from different minds from unique backgrounds is almost limitless.

Inside of the office, people need to let go of any biases they may have and just worry about working together. It’s already bad that on a global scale there are countries that can’t get along, societies that can’t along, communities that don’t agree with one another.

Why bring all those worldly stresses that don’t necessarily affect an office, to work?

The reason our survey platform works is because we ask questions to make sure that people are comfortable enough with each other to a point where they can solely focus on their work and making a better company.

The second that people get rid of those things that may kill their company’s culture, they can start creating great things together.

However, there still has to be a large shift in the way that offices operate. People need to start thinking outside of the box, in terms of how they approach diversity and creating a more diverse, yet, unified work environment.

Currently, there’s a book on top of my desk that is titled “A Brief History Of Time.” The professor who wrote this novel is one of the most brilliant minds in the planet, he goes by the name of Stephen Hawking.

Though I haven’t mastered quantum mechanics, nor fully understand a multi-verse, I still respect the hell out of the person who was able to think of it.

Now, if Professor Hawking was not able to work at a place where they accepted him for his disability (ALS) or his peers would have not listened to him; we would be a less-informed society … or at least the science community would still be wondering what the heck black holes are all about.

So that’s just the most famous example of someone who had an unfortunate circumstance that wasn’t neglected. Fortunately, people (specifically, his employers at Cambridge) overlooked all of that, just to keep this genius around.

Think about other occasions where someone was turned down for having something different about them?

If you would like to hear a story about a person that changed society, but was stopped before he can go any further, take a look at Alan Turing. This young man was a genius in his own right, creating a complex machine that was able to decode a complex code, which ended up shortening World War 2 by several years.

He was well on his way to completing a complex machine that was similar to the modern-day computer. However, he was shamed and given harsh treatment from the government due to his sexual orientation.

Had he not passed, inventions like the computer, laptops, mobile phones, could’ve come a lot sooner and society would have been extremely different. Fortunately, his studies were written and published. And he is known as the father of computers.

Why Is This Good To Know?

It goes without saying that society could have been more advanced had we not let some of our previous biases interfere with our growth.

Regardless of the industry, if a person that does not fit the cookie-cutter image of what we want that kind of leader or employee to “look” like, do not let them go away. Greatness comes in all shapes and sizes.

Even if an employee isn’t the superstar/exceptional employee, learn to make them great. Allow the person to grow and learn more. If you have an employee that isn’t necessarily fond of having a diverse office, let them know about the good and how it outweighs the bad.

If you want a company to be great, don’t judge an employee by the following:

Basically, do not look at the person (or animals/aliens, if they evolve to join us at work?) as just one thing because of their background. Look at the genius, the greatness, the potential that they have.

The real value of having a diverse workforce is that a company will be able to have different minds come together for a common purpose and create.

Everyone will bring a different bit of information, everyone will be trying to do things in their own unique fashion, and once everyone finds a way to work together. It creates an amazing atmosphere with engaged employees and a company culture makes employee’s ambassadors.

The fact of the matter is, a diverse workplace is a creative workplace. My favorite song, Imagine by John Lennon, alludes to the notion of having a world with no borders, no religion, etc. And all of us just coming together as one.

That hippie dude with the funky glasses was on to something.

We’ll never have a “color-blind” world. We will always be different from one another. We aren’t robots, and we are prone to fall. BUT, when it comes to the place that you and others make their livelihood, just let all that stuff go.

Create, innovate and learn from one another. Do not lose time with negative feelings toward others. Try growing as a person and hearing others thoughts out because they are different from you.

Grow and grow, and make sure when you think you can’t anymore, help others get better. This process will create a perfect workplace and allow more productivity and innovation. We often talk about

We often talk about employee engagement, and it’s only for the mere fact that engagement leads to more collaboration, communication, and success. First thing’s first, get rid of any biases in your company or office, and start learning from one another.

Not all offices are perfect, but if you can change one person’s opinion about a group it could lead to greater things for your organization.

What Do You Think About Having A Diverse Workplace?

This article was written by Jeff Fermin from Business2Community and was legally licensed through the NewsCred publisher network. SmartRecruiters is the hiring success platform to find and hire great people.