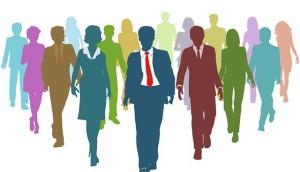 This may be counterintuitive, but we’re running out of trained talent. I’m sure you noticed that I inserted the word “trained” before the word “talent”. When my brother’s son was a young boy, he had a talent for drawing, but without the skills and insights that education and training can bring, his talent was undeveloped.

This may be counterintuitive, but we’re running out of trained talent. I’m sure you noticed that I inserted the word “trained” before the word “talent”. When my brother’s son was a young boy, he had a talent for drawing, but without the skills and insights that education and training can bring, his talent was undeveloped.

I’m happy to report that he will be graduating from college with honors in a few months as a graphic artist, Now that his talent has been developed, and he knows how to use a wide pallet of tools to bring his visions to life on a page, or on a screen, with or without 3D animation, he can go out into the world and make a difference, and a living.

Skilled employees who have the education and training that’s needed both today, and more importantly, the future,  are about to become an extremely hot commodity. This might sound like a bonus for job applicants, but it’s going to be a growing crisis for businesses and for the economy at large. Without trained the workers we need to drive growth, it’s likely we’re going to see increasing stagnation and decline in large sections of the economy and large regions of the country. How did we get here, and more importantly, what can be done to fix it?

I know it seems like only yesterday that the economy took a dramatic downturn, and all anyone could talk about was how difficult it was to find a job. Companies were laying people off in droves. Corporations tightened their belts, and announced that they could not afford to grow or to invest in their workforce — not right now. In many areas such as Detroit, it seemed like soon, everyone was going to be on the dole.

It turns out that the tables are turning in a critical way, and we are headed for a major workforce crisis of a different kind. And it’s not the one we were afraid of. There is going to be a growing gap between the number of qualified, available job applicants and the need for technically skilled workers. The demand for trained tradesman as well as people with degrees in science, technology engineering and math (STEM)  is about to skyrocket; and at the same time, the supply is going to plummet. Be forewarned, and begin preparing now.

This is not a speculation, or an assumption that is subject to changing factors — what I call a “Soft Trend.” The workforce crisis is a future fact. The underlying factors cannot be changed fast enough to change the direction of this trend in the near future. The supply is being dwindled down by an aging workforce, forced retirement, and a lack of education in the necessary skills.

Why? Let’s start with something that’s uncontroversial: the baby boomer generation is getting older. This is a future fact, a Hard Trend. And as the current working generation ages into retirement and is phased out of the workforce over the next couple of decades, the number of qualified  workers who are able to replace them is going to be limited.

This has nothing to do with birth trends, predictions in population growth, or anything like that. Think about it. The people who will enter the job market in 10  years are the ones who are alive today and going through our current educational system.

One has to ask; are we preparing students to thrive in a world that is ceasing to exist? Hint: Yes!

There  is a crisis in quantity—since after the baby boom, there was a baby bust—but also, and more crucially, in quality: the workers who are in the pipeline do not possess the high-in-demand skills needed to take on the jobs that drive accelerating  growth. As we already know, many of those jobs  will be in Information and Technology, the prime movers in economic growth. This imbalance in both the number of workers and the skills that those workers possess promises to be a very  disruptive force  in the next decade and beyond.

Right now, the biggest mistake business owners can make is to assume that everything will continue in the old, reliable ways to which they have become accustomed. The recession is fresh in everyone’s mind and unemployment is still high. That’s true. But the days when HR departments can sit patiently waiting for a parade of “qualified” applicants to line up for a job has been over for some time now. Oganizations and corporations must begin cultivating the employees of tomorrow, today.

Take a hard, sober look at the numbers, the trends, and the facts, and begin developing and implementing your strategies today. Otherwise you will be left in the labor shortfall.

Now obviously, you can’t create new people, and as much as the wide-eyed among us would like to believe, we can’t farm it all out to robots and AI. So what can business leaders and managers do? Because sitting on your hands is not an option.

Companies need to take a pre-active role in determining the future of their workforces. Invest in education and training programs that are providing the skills that will be needed in the future based on the Hard Trends that are already shaping the future. Investigate ways to grow the skill base of the employees you already have by implementing mentoring and knowledge-sharing programs. When it comes to your human resources, obsolescence is like gravity, and you are on a downhill slope. If you’re not actively climbing up, you’re falling down.

To look at just one example, Ford and GM have begun a new partnership with local colleges to implement training programs specifically designed to create the highly skilled technicians that they know they will need. As the current workforce retires and the demand for smart and semi-autonomous automobiles increases, these companies are taking a pre-active stance to the workforce crisis, rather than letting it blindside them.

Understand that building and retaining your most skilled workers doesn’t stop at competitive compensation. You’ve got to invest in a culture that rewards innovation and appreciates talent.

Build an environment that celebrates achievement, innovation, and successful collaboration, rather than one that treats its employees like drones and takes their skills for granted.

Above all, don’t assume that things will simply turn out alright, or that your HR team is going to have its pick of the litter. Be pre-active: build, invest, educate, and re-educate. The future of your company depends on more than the technology you have and will acquire.  It also depends on the people you have and the skills and talent they bring to your organization.

This article was written by Daniel Burrus from Business2Community and was legally licensed through the NewsCred publisher network.