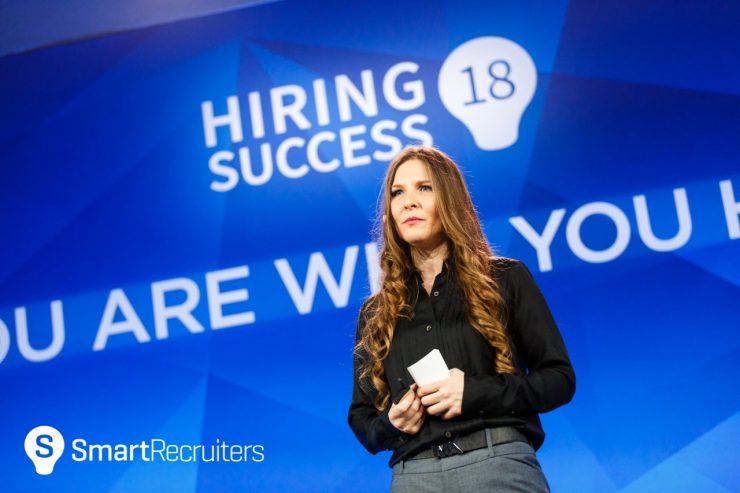 After paying their debts to society, thousands of Americans with criminal records struggle to land a job, in large part due to recruiter bias.

Shelley Winner’s dad first got her drunk when she was 11. At 13, she started smoking pot. By 34 she was using and trafficking methamphetamine, heroin, and prescription pills. After a short-lived stint smuggling drugs across state lines, she was arrested, and received a four-year sentence at FCI Dublin, a low-security prison for female inmates, 98 miles from her hometown of Carmichael, California. With her father having been in and out of jail for most of her life to that point, Shelley joined 70 percent of children with incarcerated parents who follow them into the prison system.

“What if…” asks Shelley, now 40, “…you were known for only one thing, and it was the worst thing you’ve ever done?”

The United States represents roughly 4.4 percent of the world’s population, but holds approximately 22 percent of the world’s prisoners, and has one of the highest incarceration rates per-capita worldwide, with 693 inmates for every 100,000 people. After becoming one of the 600,000 released from American prisons each year, Shelley experienced reluctance to hire ex-prisoners firsthand, at a multinational tech firm. A job offer was rescinded once the company discovered she had served time.

“That was a very hard moment,” says Shelley. “It would have made a lot of people just give up. But I didn’t.”

“We need to get rid of these stigmas,” says Shelley, “and give people a fair, second chance to get their lives back in order.”

Contrary to popular perception, not hiring ex-offenders is bad for business. Approximately one in three American adults have criminal records – that’s 70 million people – and excluding them from the workforce reduces Gross National Product between $78 and $87 billion annually. This is on par with the cost of the proposed merger between Time Warner and AT&T, two of the largest telecommunications companies in the world.

Employers can also reap substantial tax credits for hiring ex-offenders, as well as earn fidelity bonds that cover the first six months of employment for “hard to place” candidates. But even with such incentives, nearly 75 percent of formerly incarcerated people are still unemployed a year after their release. With few prospects to cover basic expenses, many ex-offenders return to illicit activities. Unable to make ends meet, 89 percent of ex-offenders are unemployed at the time of their re-arrest. The odds of Shelley starting a legitimate career while staying out of prison were slim, but she was determined to reform after discovering, two weeks after her arrest, that she was going to have a baby.

A judge removed Shelley from jail and placed her in a halfway house, allowing to carry her pregnancy to term before serving her time. There, Shelley enrolled in the faith-based recovery program, Adult & Teen Challenge USA, which, after successful completion, knocked a year off her original four-year sentence.

“It was the most pivotal moment of my life,” she says. “There was no way I was going to be a drug-addicted mom who was in and out of prison. I couldn’t put my child through what I went through.”

Two months after giving birth to a son, Shelley stepped into FCI Dublin, where she found another chance to transform her street hustle into a force for personal change. She gained entrepreneurial and leadership training through Defy Ventures, a nonprofit organization that works with prisons and correctional facilities in cities across the country, offering currently and formerly incarcerated “Entrepreneurs-in-Training” entry into the business world. For Shelley, “it was an amazing, life-changing program.”

The Defy Ventures program at FCI Dublin falls under the jurisdiction of Veronica Ensign, Bay Area executive director. “We focus on this one piece of the system so we can make a greater impact,” says Ensign. “And if we break these cycles we will have forever changed the system.” 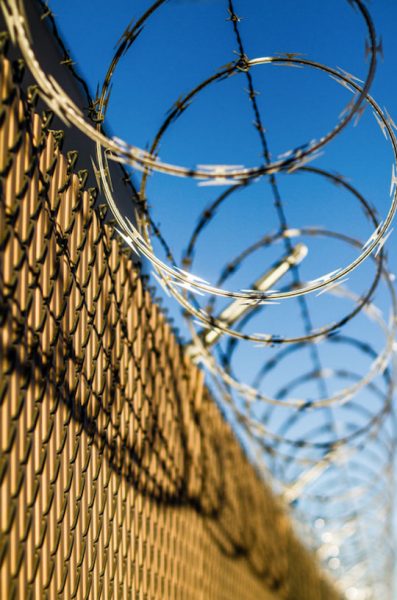 Ensign worked with directly with Shelley while she served her sentence and the two speak together at conferences, both to share Shelley’s story, and bring attention to ex-offenders with similar backgrounds who haven’t been as successful reintegrating.

“The odds have been stacked against them before their incarceration,” Ensign says, “and then we make it even harder once they get out.”

Shelley worked with Defy Ventures’ coaching team for 18 months while in prison, culminating in a “Shark Tank”-style investor meeting with CEOs and venture capitalists, where she pitched her strategy for a computer-repair business.
Shelley lived up to her name and won the competition.

The next step was to find a mentor who could help her navigate the tech industry on the outside. Enter DeeDee Towery, CEO at ProActive Business Solutions and one of the Bay Area’s most influential female business figures. She acted as a guide during Shelley’s 10-month stint in a halfway home, spent seeking career opportunities in tech, a field that long held the interest of the self-described “computer geek.” Shelley then enrolled in Code Tenderloin, an intensive program of job readiness, interview techniques, and coding. It was Code Tenderloin that brought Shelley to a major tech company’s Mountain View office, where after a day of introductions, she was encouraged to apply for an open position.

“Code Tenderloin had me doing so many mock interviews,” she says. “I hated it at the time, but, when I went in for the real interview, I nailed it, and was hired right there on the spot.”

And that’s when Shelley’s conviction history raised concerns and her offer was rescinded. This setback crushed her morale, but she remained determined. “If there’s one thing Defy Ventures taught me,” she says, “it was to not give up when faced with fear, to keep pushing forward, and to silence self-limiting thoughts. It’s ok to be afraid, but instead of it being crippling, you embrace it.”

A 2017 survey sponsored by the National Association of Professional Background Screeners found that 86 percent of US employers surveyed conducted background screening checks after the job interview, but 97 percent conducted criminal background screening on candidates regardless of their status in the interview process. With easy access to online databases, employers feel justified in this, but Ensign argues that “most people running background checks are doing them illegally, and not in a comprehensive way.” 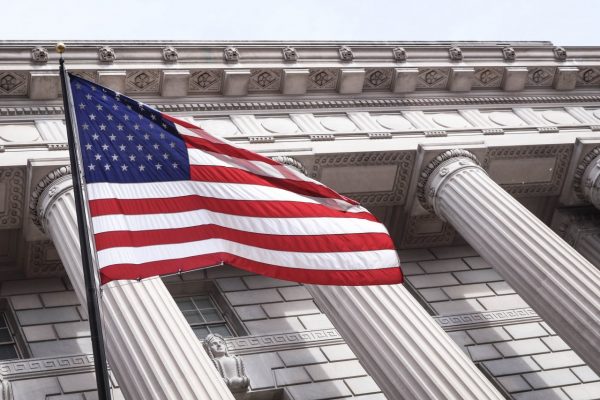 Accessing candidate information via social media or other online portals can lead to murky legal waters, where discrimination can affect hiring decisions. Nearly 30 states currently uphold fair chance hiring policies, some of which require private sector and government employers to “ban the box” indicating a candidate’s previous felony or misdemeanor convictions, as well as delay candidate background checks until later in the hiring process.

While Shelley made it all the way to the job offer stage, she easily could have been rejected at the outset, as California did not implement its Fair Chance Act until January 2018. Before then, California’s estimated seven million residents with conviction histories were systematically excluded from countless job opportunities because of this box.

Ensign emphasizes the importance of background checks that would eliminate certain people from the candidate pool — banks don’t want to hire embezzlers, trucking companies don’t want to hire drunk drivers, etc — but recruiters should “conduct their background checks in a way that considers the person holistically,” she says. “It’s important to do the empathy-building on the front-end of the application process.”

Even with crisp talking points and polished interview skills, no amount of charisma could erase the mark on Shelley’s record. But she decided to plead her case with the hiring manager over email. “I know you’re leery about hiring me,” she wrote. “But I assure you, you’re not going to regret it because I am gonna bust my ass.”

Shelley’s tenacity paid off, and the hiring manager reconsidered. Besides the financial mistake of excluding candidates with conviction histories, they are often branded “untrustworthy”, or “unreliable,” even though it’s been proved that individuals with conviction records maintain a much longer tenure, and are less likely to quit their jobs voluntarily than other workers, likely due to scarcity of opportunities. As for a “lack of social and professional skills”, Ensign stands by Defy Ventures candidates who complete the training program and leverage their skills for success.

“Competition is good,” she says, “and we know that our candidates can compete with others. If hiring managers are going to consider the millions of Americans with conviction histories as part of their TA strategy, they need to do some empathy-building work with their leadership and employees.” 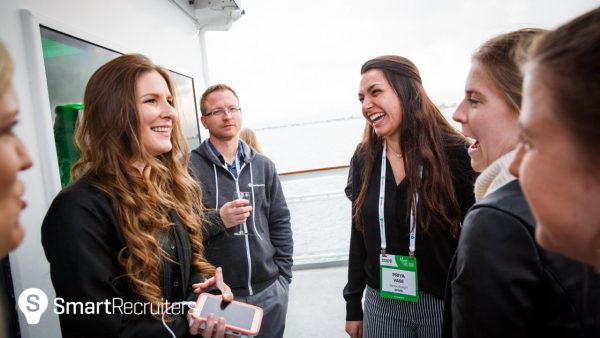 Technology may be the current focus within the HR industry, but the human touch remains its essence. Shelley’s goal in telling her story is more than simply tugging at heartstrings, it’s about the need to give the ex-incarcerated a chance to prove themselves.

“Having empathy in the hiring process brings things down to a human level,” says Shelley. “We all need to look at each other as people instead of data.”