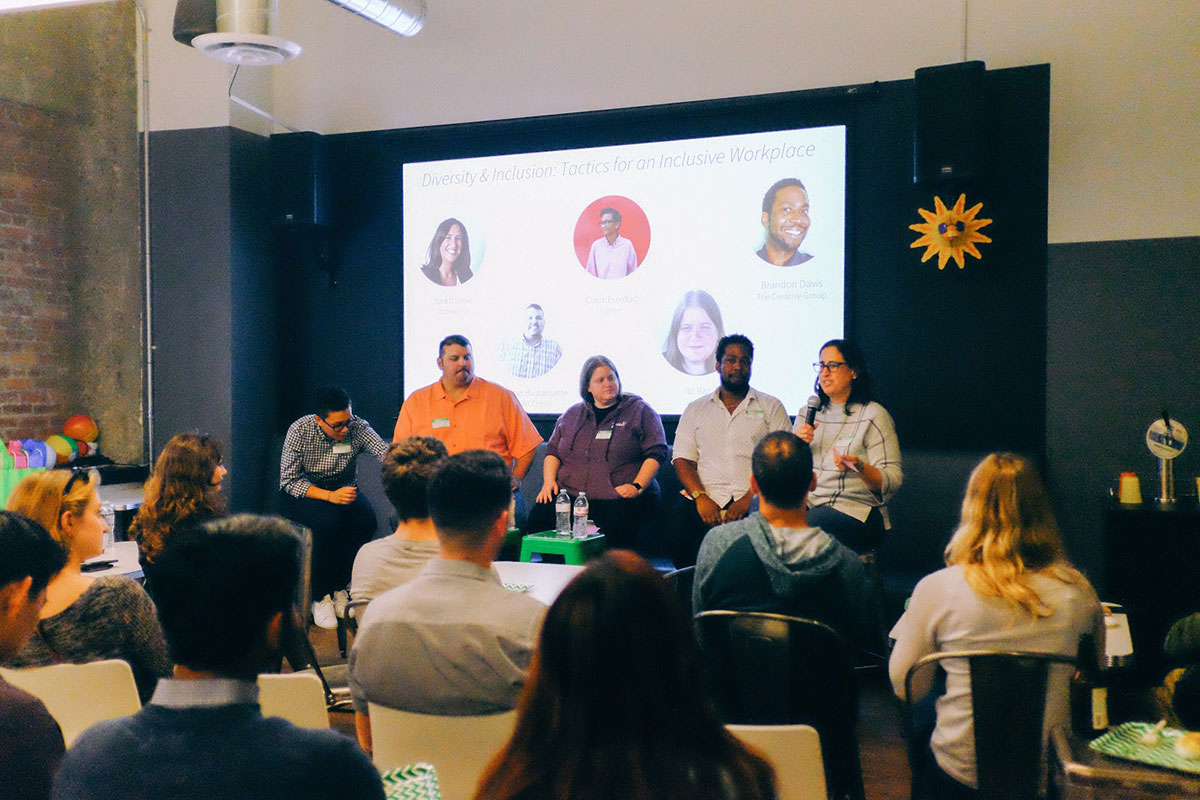 I just hosted our first meetup in SmartRecruiters’ new offices on August 22nd and I must say it was a excellent one, with a great burning topic: Diversity & Inclusion.

That evening, our speakers and attendees mostly focused on inclusion.

Five speakers each gave a 10-minute presentation, which allowed plenty of time for questions. There was a lot of thought-provoking discussions on this topic and others, so if you missed the MeetUp, here are a few highlights: 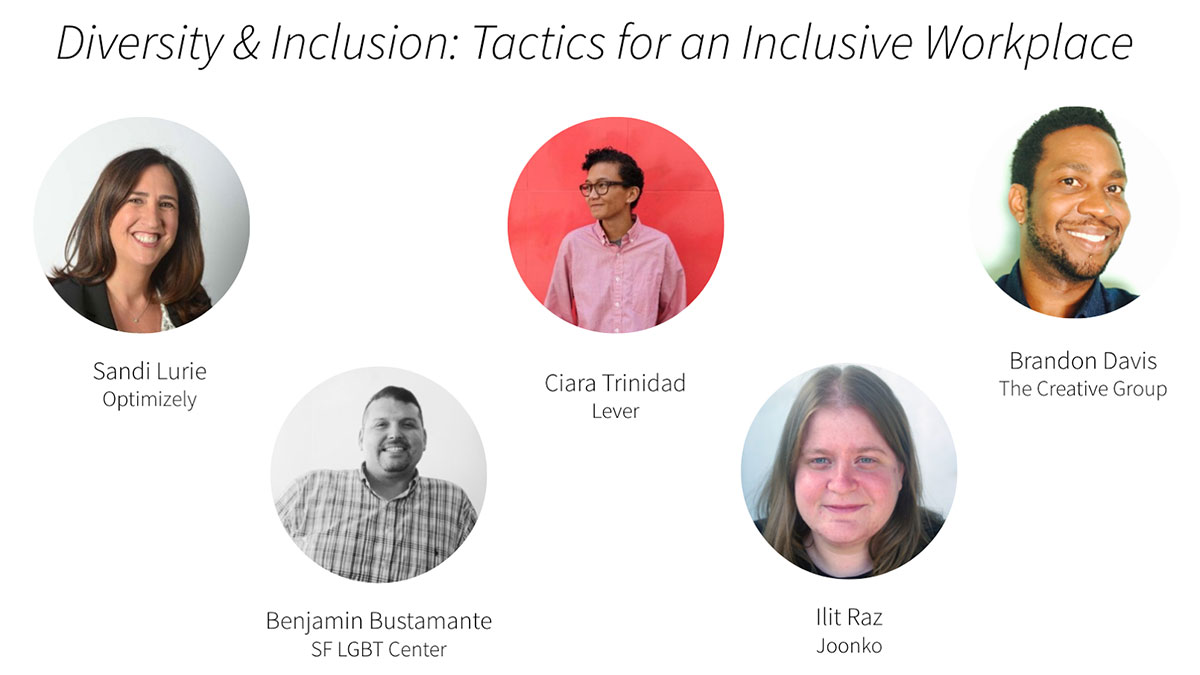 Sandi Lurie, Senior Director of Global Recruiting at Optimizely explained that more candidates are attracted to organizations that demonstrate collaboration among diverse individuals, but that these initiatives need to extend beyond meetings on these issues and be championed by C-suite executives. 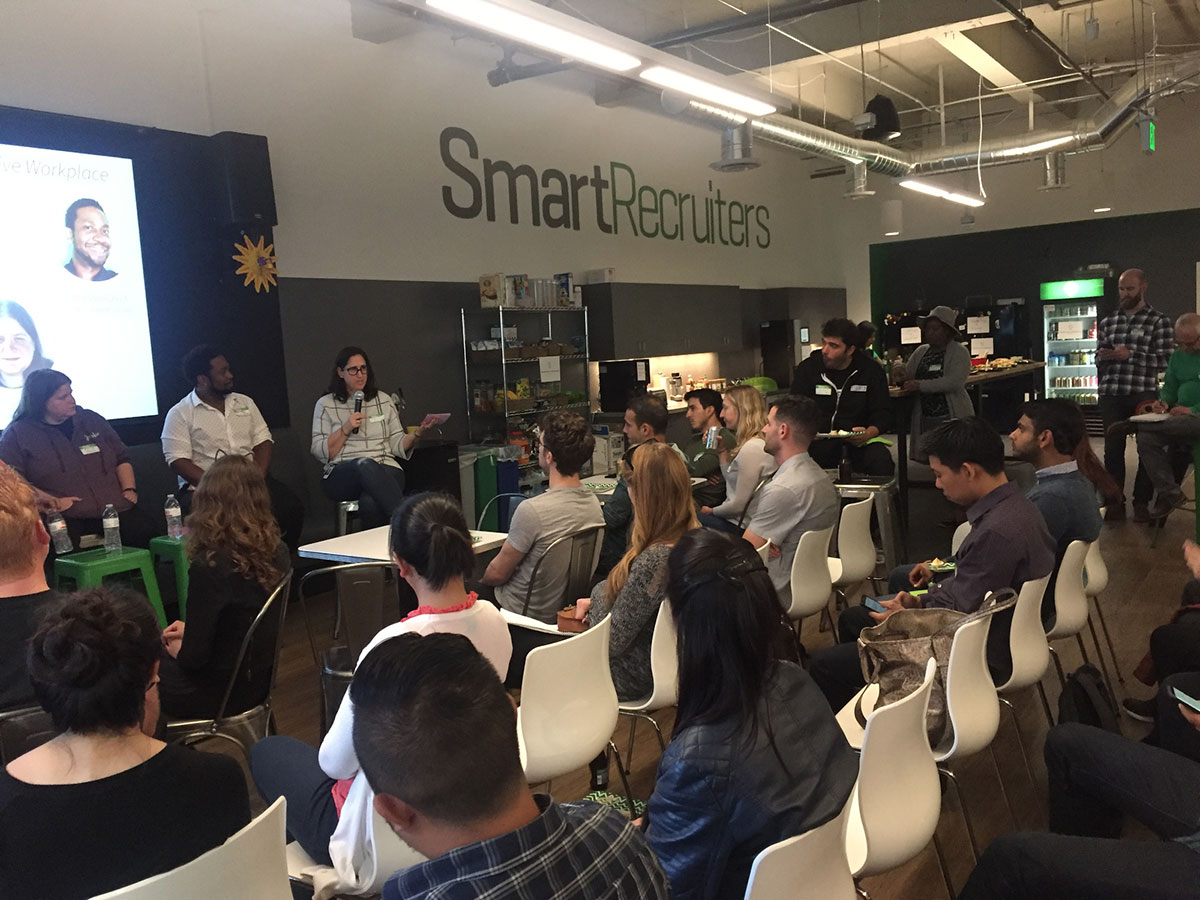 We discussed gender diversity and inclusion after a presentation by Benjamin Bustamente, Manager of Employment Services at The San Francisco LGBT Center. His work there includes helping candidates find opportunities and working with executives to help them better understand gender-related issues.

One key issue is gender identification itself with a growing need to move beyond binary male or female classification to adopt a far more nuanced approach that addresses trans-gender identity.

What pronoun might be used instead of “he” or “she”? Benjamin explained that asking candidates for the pronoun they prefer to use is one key to demonstrating diversity and inclusion.

Ciara Trinidad, Head of Diversity & Inclusion at Lever challenged the group on how to discuss news events in the workplace presenting examples such as the last presidential election and the recent rallies in Charlottesville.

She also explained how after last year’s election, Lever’s team was reassured when told that anyone who needed time off, or needed some space to process events in their own mind before returning to work had that opportunity.

Ilit Raz, CEO at Joonko suggested that when it comes to diversity and inclusion there’s a lot of talk about training programs to prevent unconscious bias, but that it’s virtually impossible for training to make much of a difference.

I was reminded of images of various optical illusions. When someone rearranges the image, you can easily see the illusion, but when you see the original image again, the illusion comes back because our brains are somehow “biased” to see it.

If we can’t prevent that kind of visual bias, how can we expect training to prevent even more abstract unconscious bias when interviewing candidates? That’s why Ilit is working on technology to identify such bias in real time to eliminate the need for what she says are ineffective training programs.

“You lead in their Army?”

Finally, Brandon Davis, Division Director at The Creative Group summed up his views in a story he’d seen recently in Rolling Stone about Canadian Defence Minister Harjit Sajjan — who was born in Punjab, India and wears a turban. When Harjit was a Canadian army major stationed in Afghanistan, he met with at Afghan chieftain.

The chieftain looked confused at first, but finally said, “They let a man who looks like you lead in the Canadian army?” When Harjit said yes, the chieftain said, “maybe you can actually help.”

Brandon says he wrote in the margin of the article, “Who was this guy’s recruiter?” – a testament to courage in presenting candidates who may face stereotypes, but nonetheless top talent for a job.

The presentations were all followed by great questions from our excellent attendees and the debate continued over food & drinks! 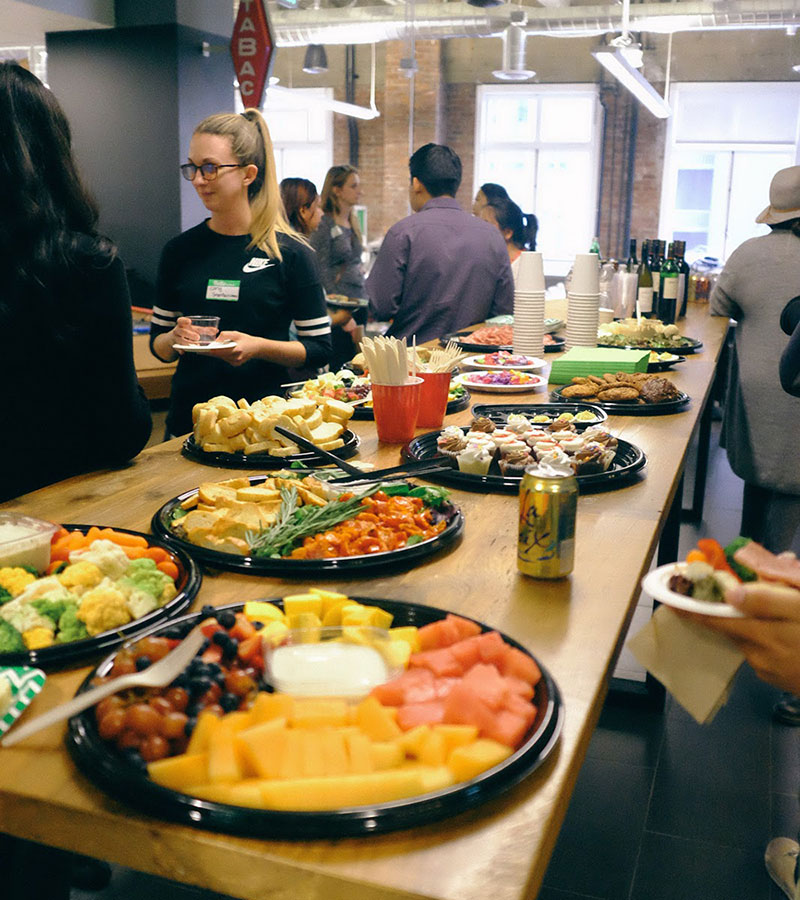 Thanks to all who attended. Thanks to our five excellent speakers. We hope to see you at our next WeAreHiring MeetUp.

Margaux hails from France and started her career as a recruiter. She joined SmartRecruiters in early 2015 and implemented over 90 customers. She is now bringing customer's insights to the Product Team and works on enterprise configuration features.