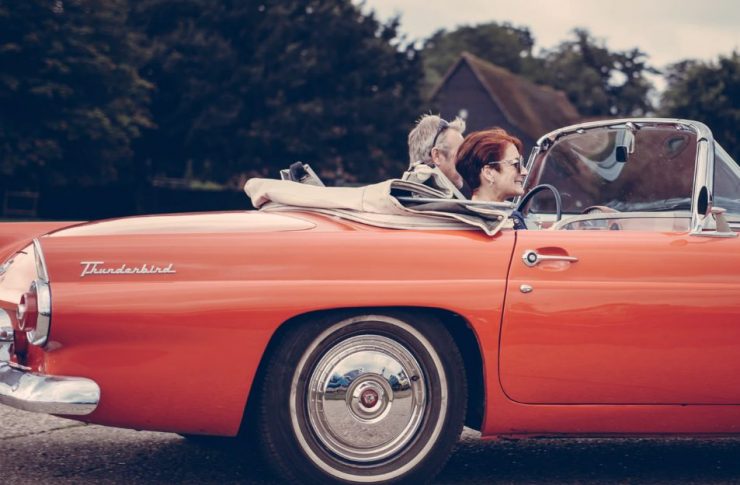 This 69-year-old’s bid to be 49 was lacking, but his story highlights an unresolved issue – ageism in hiring.

Sixty-nine-year-old “Positivity Trainer” Emile Ratelband was refused a legal “age change” by the Dutch court despite his argument that his legal age was inconsistent with how he “identifies”.

His argument drew criticism as it seemed to piggyback off the legal arguments for hard-won protections for transgender people.

“I say it’s comparable because it has to do with my feeling,” explained Ratelband, “ with respect about who I think … I am, my identity.”

It seems, however, that his true qualm with his age is how others see him, and not how he sees himself.

The logic of Ratelband’s comparison between gender confirmation and age reassignment failed to convince the courts, with their official statement reading:

“Mr. Ratelband is at liberty to feel 20 years younger than his real age and to act accordingly, but changing his legal documents would have undesirable legal and societal implications.”

“Ratelband’s insistence on comparing his own situation with the trans movement is not just offensive. It highlights the inadequacies of his argument” – @HolstaT weighs in on #EmileRatelband https://t.co/2JvntYBauo

For example, certain legal responsibilities like driving, voting, or drinking are explicitly tied to specific ages. And what happens to the time taken away? Are diplomas issued during this period valid? Are nuptials annulled? Are pensions still paid out? Are mortgages collectible?

The absurdity of Ratelband’s request is indeed apparent. However, the incident should give the recruiting industry pause, as ageism remains a prevalent problem in today’s workplace, especially in the hiring process. According to AARP research, 61 percent of workers age 45 plus report experiencing ageism on the job, with the majority characterizing it as “common”.

Sixteen percent of respondents from the same study believe they have been denied employment because of their age. In 2015 Anglia Ruskin University conducted a study in which two sets of CVs – one stating the applicant age as 28, and the other as 50 – were submitted to over 2,000 job advertisements. Researchers found that the 28-year-old was four times as likely to receive a response from an employer.

So, the real question facing recruiters is – what negative biases could Ratelband be trying to subvert by legally lowering his age?

To shed light on this issue, we present some of the most common myths about mature workers, and facts to dispel them…

Myth: Older people are tech inept and have fewer skills than younger people.

Fact: A 2013 study from North Carolina University found in a survey of the over 1.6 million users of the online programming forum, that the average programmer reputation score increased with age, with programmers in their 50s typically exhibiting a greater knowledge base than their younger counterparts.

Myth: Older people are stuck in their ways and don’t wan to learn new things.

Fact: Research from the AARP reveals that 80 percent of workers aged 45-85 cite “the opportunity to learn something new” as a fundamental trait of their ideal job.

Myth: Older people are poor performers and aren’t motivated to do well.

Fact: In 2013, the Cogito Study evaluated two groups of adults – one, ages 20-30, and the other, ages 65-80 – on the performance of 12 tasks over 100 days. The researchers were surprised to discover that the group of older adults performed markedly better, with more stable and less variable performance as well as higher motivation.

Ageism, as a topic, cannot be ignored much longer. It’s estimated that by 2030, workers age 55 plus will comprise almost 30 percent of the American workforce. And it’s not just the US, Joyce DeMonnin, Communications & Media Relations Director at AARP explains, “The whole globe is aging. People have longer lifespans and fewer children, but another consideration is that older people are also your customers.”