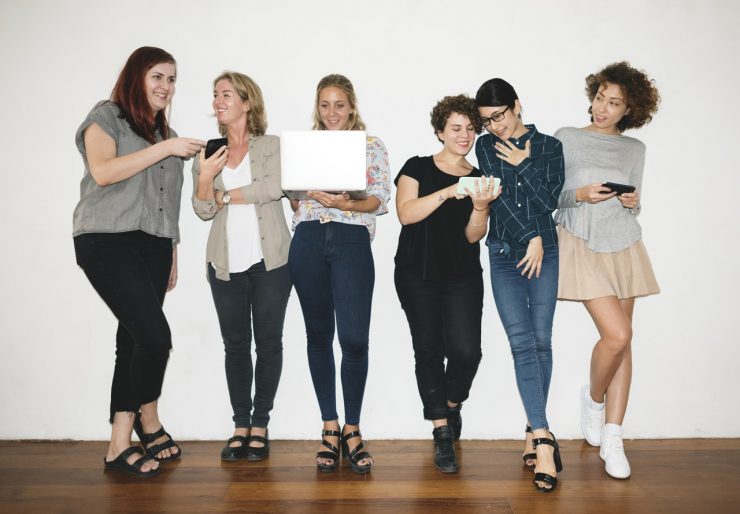 Why Job Brand is the Next Hot Thing in TA — with Expert Marketer, Maren Hogan

From her unique perch in TA marketing, this CEO has an unparalleled view of the industry that you’ll want to see!

HR tech marketing is a pretty small niche to land on but for Maren Hogan, CEO and Founder of Red Branch Media, it just made sense. This “dyed in the wool” marketer was introduced to the burgeoning world of talent acquisition (TA) through her spouse, who was starting a recruiting agency back in 2008. Though that year turned out to be a most inauspicious time to start a company – need we recall the Financial Crisis of 2008 – the adventure did set Maren on her path towards becoming one of the leading experts in the HR and Recruiting Tech industry.

She laughs while reminiscing how Red Branch Media was intended to be a small-scale operation that would allow her to tweet from the couch. However, demand proved otherwise, and eight years later Red Branch has become a full fledged agency with 50 employees and presence at most major TA events.

Now, Maren brings her expertise to Hiring Success 19 – Americas, February 26-27 in San Francisco both a judge for the Recruiting Startup Awards and as the host of her own session, The Innovation Quadrant: How to Align You with Your Company. We talk with her today about what she has in store for us at the conference, and the role of brand in sourcing.

Can you give us a preview of your session?

My session, The Innovation Quadrant: How to Align You with Your Company, comes from my deep interest in what drives innovation within companies. I began looking at different types of innovation and building a quadrant for companies and individuals to map themselves based on the Global Innovation Index.

In our 30 minutes together, I’m going to give a simplified version of the innovation questionnaire I’ve developed, and attendees will grade themselves on a scale of A-to-D in each of the four quadrants: management, leadership, inspiration, and individual contributor.

You’ve said recruiters need to sell a job brand – not just employer brand. Could you explain the difference between the two?

Anyone who has worked at a large company knows the culture will vary in different departments, branches, or teams within the company and that’s why it’s important to get specific.

On a super high level, employer brand is the company’s value proposition and culture. I think of it as the promise a company makes towards all levels of its employees from VP to janitor. On the other hand, the job brand will speak to the unique culture of a group within the company, and the responsibilities of the role. It’s something that you have to work more closely with the hiring manager to figure out, including understanding what type of person does well in that role.

Why is it so important to get so specific when it comes to brand?

Maybe it’s my Omaha sensibility, or just my marketing standpoint, but it doesn’t make sense to me that a company would make a commitment to hiring someone without being sure they were the right person for the job. The average salary in the US is about 62k. That’s the cost of a house here in Omaha. I wouldn’t make that investment without being sure.

Talk to me a little bit about some new sourcing channels.

Obviously, sourcing channels are always evolving, the ones that were new and innovative a couple of years ago are no longer as relevant today. When I try to discover new sourcing channels, I put myself in the candidate’s shoes. Who am I? Where do I hang out, in person or online?

When people think sourcing, they generally think ‘online’, but sometimes it works to go super old school. I had one client sourcing college students and what worked there was posting signs in bar bathroom stalls.

Another sourcer I know just kept a pile of candy on her desk and gave out a piece to anyone who delivered a name and number. It honestly worked more effectively than any $100 referral bonus program I’ve ever seen… I guess because of the immediacy?

It just depends on who you’re looking for aka your ‘candidate personae’ and where that personae will be.

Hear more from Maren Hogan on why she’s coming to Hiring Success 19 – Americas in her video below!