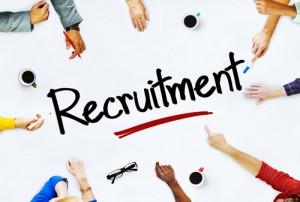 The amount of time, effort and frustration companies go through to find reliable, intelligent recruiting assistance is astronomical. Over the years, the majority of hiring companies bounce from one recruitment company to another, unable to gauge the real reason behind their inability to find effective staffing assistance.

The amount of time, effort and frustration companies go through to find reliable, intelligent recruiting assistance is astronomical.

Over the years, the majority of hiring companies bounce from one recruitment company to another, unable to gauge the real reason behind their inability to find effective staffing assistance.

Naturally, they wonder what the driver behind their inability to form a cohesive relationship with a reliable sales staffing firm stems from.

Some firms begin to ponder if every recruiter is incompetent (negative feelings do little to help the situation).

Others over analyze their hiring message, hiring choices or ability to manage the employees once on-boarded as the main reasoning behind their inability to succeed with outsourced recruitment efforts.

The candid answer is that the approach of the overwhelming majority of recruiting companies is flawed, illogical and inefficient. Rarely is it the fault of the hiring organization.

Regardless, the inadequacy of recruiting firm performance forces companies to rethink their hiring strategies, budgets and competitiveness in the open job market.

Frequently, the basis on which they choose the recruiting firm they work with is only thing that requires change.

The overarching problem is that companies can’t recruit the employees who will make a difference because their recruiters never present them. Hiring companies spend countless amounts of time listening to the reach, network capabilities and methods of finding applicants.

We live in the digital age. Finding candidates should be no feat in and of itself.

When the clients do interview the candidates, these individuals are difficult to recruit because they have been mismanaged by the headhunter. This mismanagement occurs in several forms:

– Over-promising salaries and inflating expectations to get the job seekers in the door. When the interviewee is told something different by the hiring manager, they are often turned off to the position.

– Interviewing is the easy part. Most recruiters can’t properly sell the job. In any form of human resources, if you don’t get an applicant excited about a position, the client begins at a disadvantage.

When this happens, the hiring company spends too much time trying to sell the candidate rather than being able to determine their aptitude for the job.

The most pertinent question is not how many applicants do you have. Rather, it’s what the recruiter is going to say about a hiring firm that will determine the success of the project.

On a multitude of levels, it’s more advantageous for a firm to ask a headhunter how they will represent their particular company.

The overwhelming majority of staffing companies will present very similar processes. To sell clients, they spend significant amounts of time formulating an organized, set process that appears highly organized, effective and destined for success. It rarely is.

When you think of the recruiting process as a football play, the reason these processes don’t work often comes to light. When drafted, football plays often seem flawless. However, most don’t count for variables in the defense. The best leaders on a football field can call variables quickly and accurately when necessary according to the opposite side.

Similarly, effective recruiters can work around hiring variables that come into play during the search process. Most unfortunately end up folding due to small variables or huddles that arise.

Just like in football, it’s the players’ ability to decipher and adapt to changing environments that will determine whether or not they win the game.

A set universal process fails to take into account the fact that every recruiting project, company, budget, hiring need and recruiting preference is different.

It’s not the game plan; rather it’s the players playing the game that makes a difference.

There are only a few questions that need to be asked to determine the aptitude of a recruiter. The most important questions are who are the individuals representing the company, what are their backgrounds and achievements and how would they pitch the client organization.

This article was written by Personal Branding Blog from Business2Community and was legally licensed through the NewsCred publisher network. SmartRecruiters is the hiring success platform to find and hire great people.